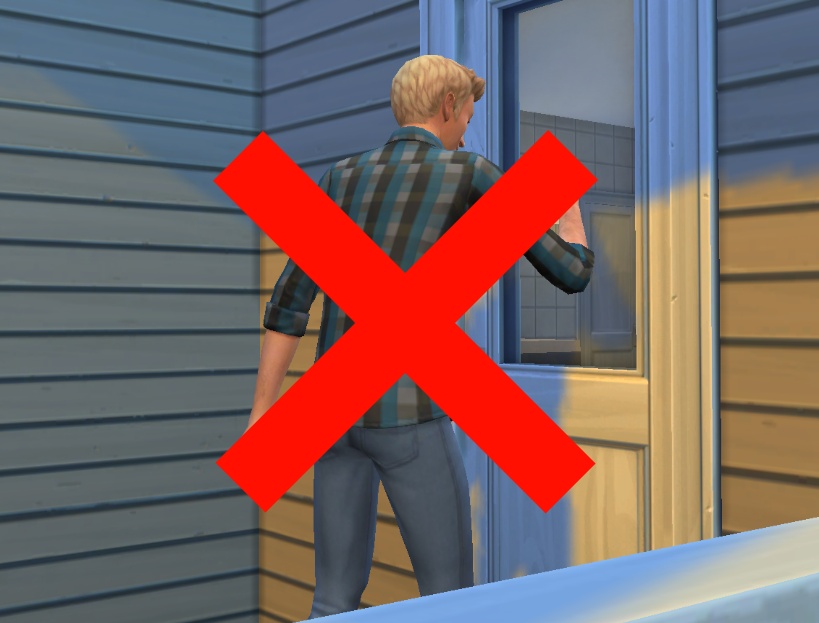 42,405 Downloads 892 Thanks  Thanks 276 Favourited 94,102 Views
Picked Upload!   This is a picked upload! It showcases some of the best talent and creativity available on MTS and in the community.
Created by plasticbox
View Policy / About Me View all Downloads
Uploaded: 4th Oct 2014 at 12:11 AM
Updated: 31st Jul 2015 at 4:09 PM
This attempts to tone down the amount of visitors (both neighbours and relationships) that are stalking the active household all the time. I did this by changing the walkby desires of the game so that other "walkby situations" (such as random strangers, work/school commuters, joggers etc) gain precedence over the doorbell ringers and also adding a few "no walkby" situations into the mix pretty much everywhere. I did not, however, stomp the doorbell-ringing entirely (otherwise, nobody would ever come to visit).


Update 2015-07-30: I re-did this from 1.9.3something files and reuploaded -- it is a bit different from earlier versions in that there are (sometimes) fewer walkbys overall now (I threw in a lot more "Nobody" walkbys so it's more random, but it can very well result in nobody walking around at times). The rest is mostly unchanged (I didn't compare but I got the impression that Maxis have less stalkers in it overall), except that I moved the barbequeuing on weekdays from morning to afternoon and reduced the amount of barbequeuing sims too .. for me it was too cheaty that my sims could basicaly live off their neighbour's hamburgers without ever having to cook themselves.

Added a little extra package that makes them wait no longer than 20 sim minutes for someone to open the door (instead of lurking on the front porch forever). The apparent default was 60 minutes but I'm not actually sure whether that did anything (attributes differ between default tuning and tdesc, not sure what's up with that .. awaiting potential enlightenment here). Anyhow the 20 minutes I playtested and that works.

You can use either or both, they're not dependant on each other.


This will conflict with anything that changes the following resources:

It is compatible with Shimrod's Reduced Townie Generation in other words, I use that myself -- that one changes the filters, not the walkby tuning itself.

Note that this mod only contains tuning for the areas listed above (i.e. the Base Game neigbourhoods) – I don't have Outdoor Retreat so I won't/can't do anything about walkbys in the new neighbourhood that got added with that.

Unzip and put in your /Mods folder.
.

(i.e.: open that file in a text editor and add the line "DirectoryFiles unpackedmod autoupdate" (without quotes) underneath whatever other text it has.)


This sounds bizarre, but it is necessary because EA didn't 100% test custom tuning pre-release, and then sort-of fixed it with the patch on Sept. 9 .. but only sort of. The result is, for now, that this kind of mod will only work in .package format when an "unpackedmod" folder exists and resource.cfg points to it -- even if you don't actually need it for packages.

Made with velocitygrass' TS4 XML Extractor, Notepad++ and S4PE.
Other Information