by scumbumbo Posted 10th Dec 2014 at 9:03 AM - Updated 12th Dec 2018 at 6:47 AM by scumbumbo : Updated for Get Famous patch
February 06, 2020 - Scumbumbo has passed on but his work and memories are still being kept alive by many of those whose lives he has touched. To download fixes for his mods, please check <a href="https://scumbumbomods.com/">https://scumbumbomods.com/</a> and please direct any questions or concerns to his discord channel linked there. 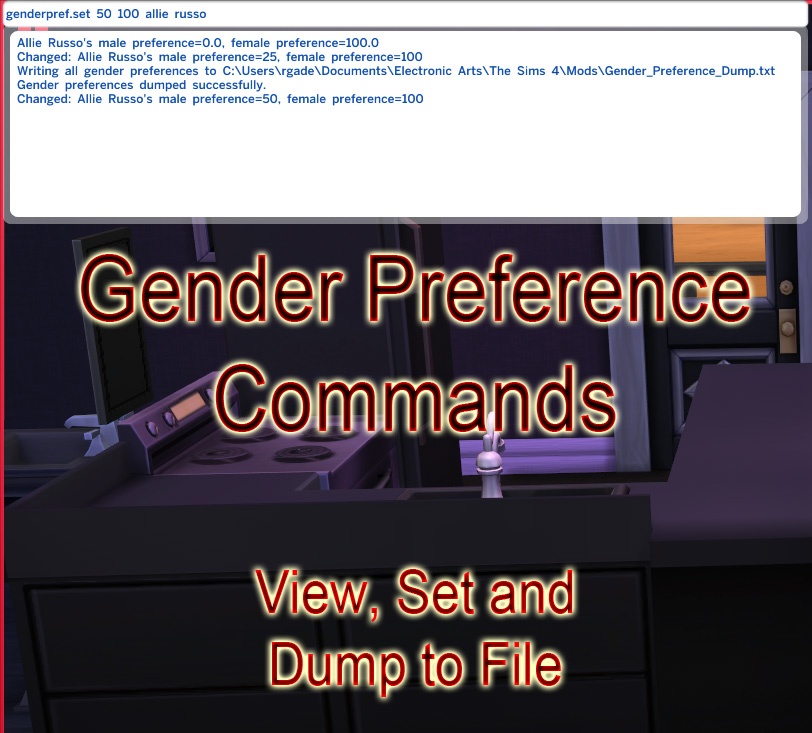 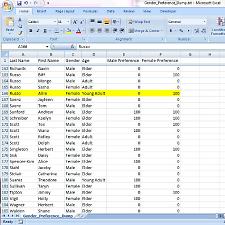 625 Thanks  Thanks     275 Favourited
Picked Upload! This is a picked upload! It showcases some of the best talent and creativity available on MTS and in the community.

Updated December 11, 2018 -- After nearly four years, this mod finally needed updating thanks to the Python update in the Get Famous game patch. Took me a while, but I finally got to doing so. NOTE - The Installation Directions Have Changed: The mod is now packaged as a standard ts4script file. If you don't know how to install one, the installation directions can be found in more detail below.

This mod adds three commands to The Sims 4 cheat console to view, set and dump all sims gender preferences. The output of the dump is tab delimited and can easily be imported into any spreadsheet package for sorting and viewing.

Open the command console using the Ctrl-Shift-C keys and type one of the available commands.

genderpref.dump - dumps a tab delimited text file into the mods folder containing all sims names, genders, ages and gender preferences. By default, the file will be named "Gender_Preference_Dump.txt", however the command can be followed by an optional filename, for example "genderpref.dump genpref1.txt" would dump the data to the file named genpref1.txt in the mods folder.

See the screenshots for examples of the three command's output and a dump that has been imported into Excel.

This script is packaged as a ts4script file. Extract the MTS_Scumbumbo_GenderPreferenceCommands script file from the downloaded zip file and place that into your Mods folder. You must have script mods enabled in your game options for the mod to function.

The script source is included in the ts4script file. Since this contains only new commands added to the game, it should not conflict with any other mods.

Need more information?
Back to download view
69 Comments / Replies (Who?)