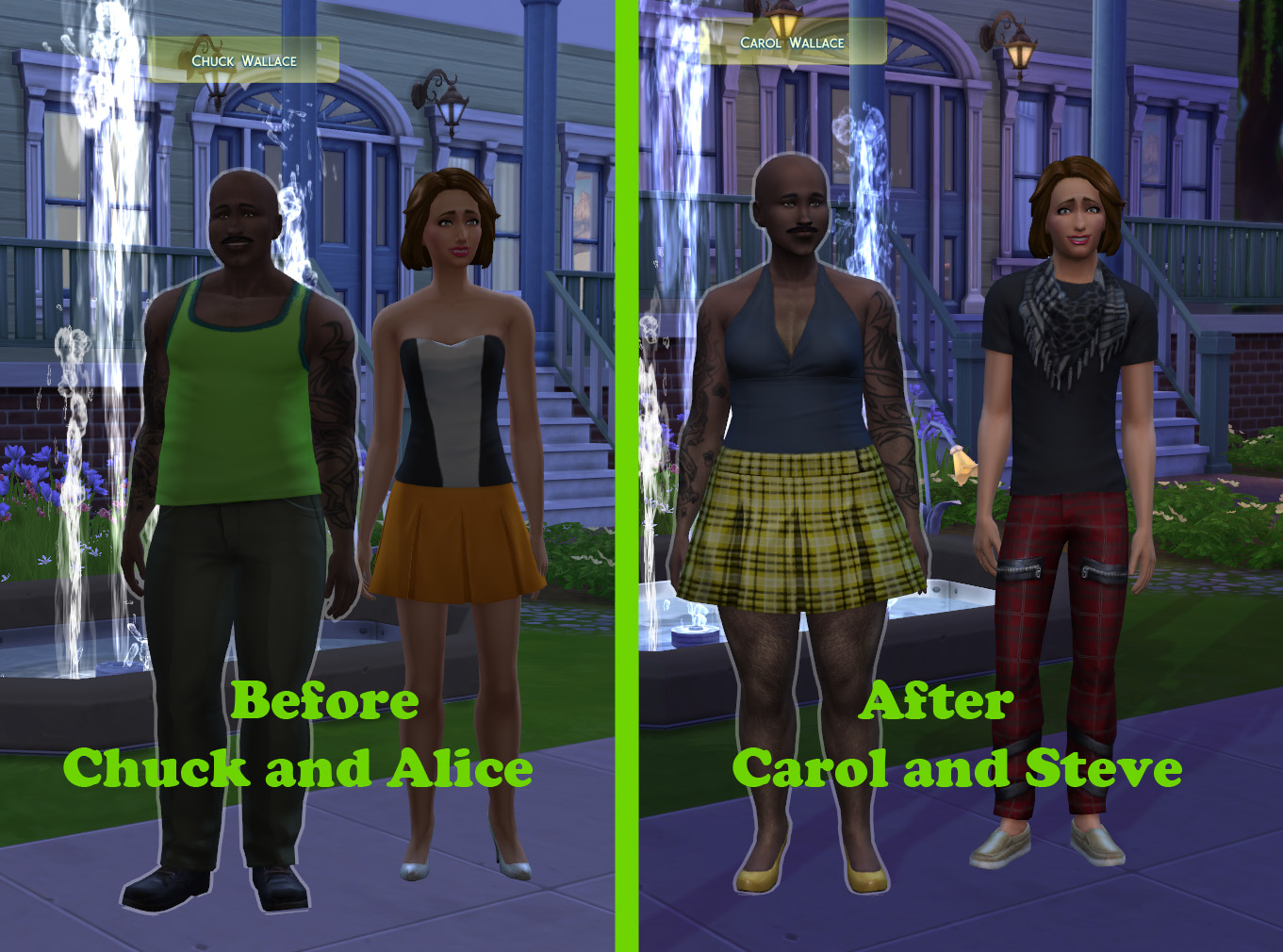 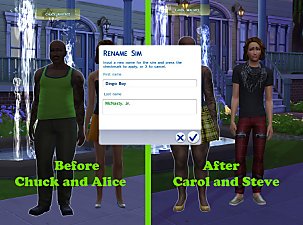 A script mod to add three commands to your game, one to change a sim's name and the others to change genders. This can also be accomplished by the cas.fulleditmode cheat; however, this accomplishes the change more easily, automatically and allows longer names to be entered (up to 30 characters for both first and last names (version 7a extends this to 100 per name)). The commands default to the selected sim, or you can name another sim to apply the changes to a townie or sim in another household.

Simply, open your command console with the Ctrl-Shift-C key and type in one of the available commands. Testing cheat mode is not required:

Change current sim's gender - without swapping gender preferences or generating new outfits:
setgender male
or
setgender female
(Helpful shortcut: you really only need to give the first letter of the gender, "setgender m" will also work)

Finally, there is a command to simply swap a Sim's gender. This will also swap all gender preferences (including custom preferences such as the Sim's frame, pregnancy settings and toilet usage). Like the other commands, another sim can be the target of the command by adding their name to the command, for example:
swapgender
or
swapgender john doe

Simply extract the file contained in the downloaded zip file into your mods folder. This file should be called "MTS_Scumbumbo_ChangeSimNameOrGender_v8.ts4script"

As this is a script, script mods must be enabled in your game options for the mod to function!

The file can be placed in a subfolder, however it can only be placed ONE subfolder deep.

As these are new commands, it should not interefere with any other script mods.

The script sources are included in the .ts4script file and may be extracted or viewed using a zip file extractor.

Additional Credits
All of the brilliant people who have worked on getting the game's base scripts decompiled. Special thanks to fetusdip for his reload script.

Thanks to Deaderpool for providing some user interface code which enabled me to update the dialog entry methods for v7.
Files Need help with downloading or installing content? Click here!

– Additional Functionality : Mods which add brand new functionality to the game
– Other
Tags