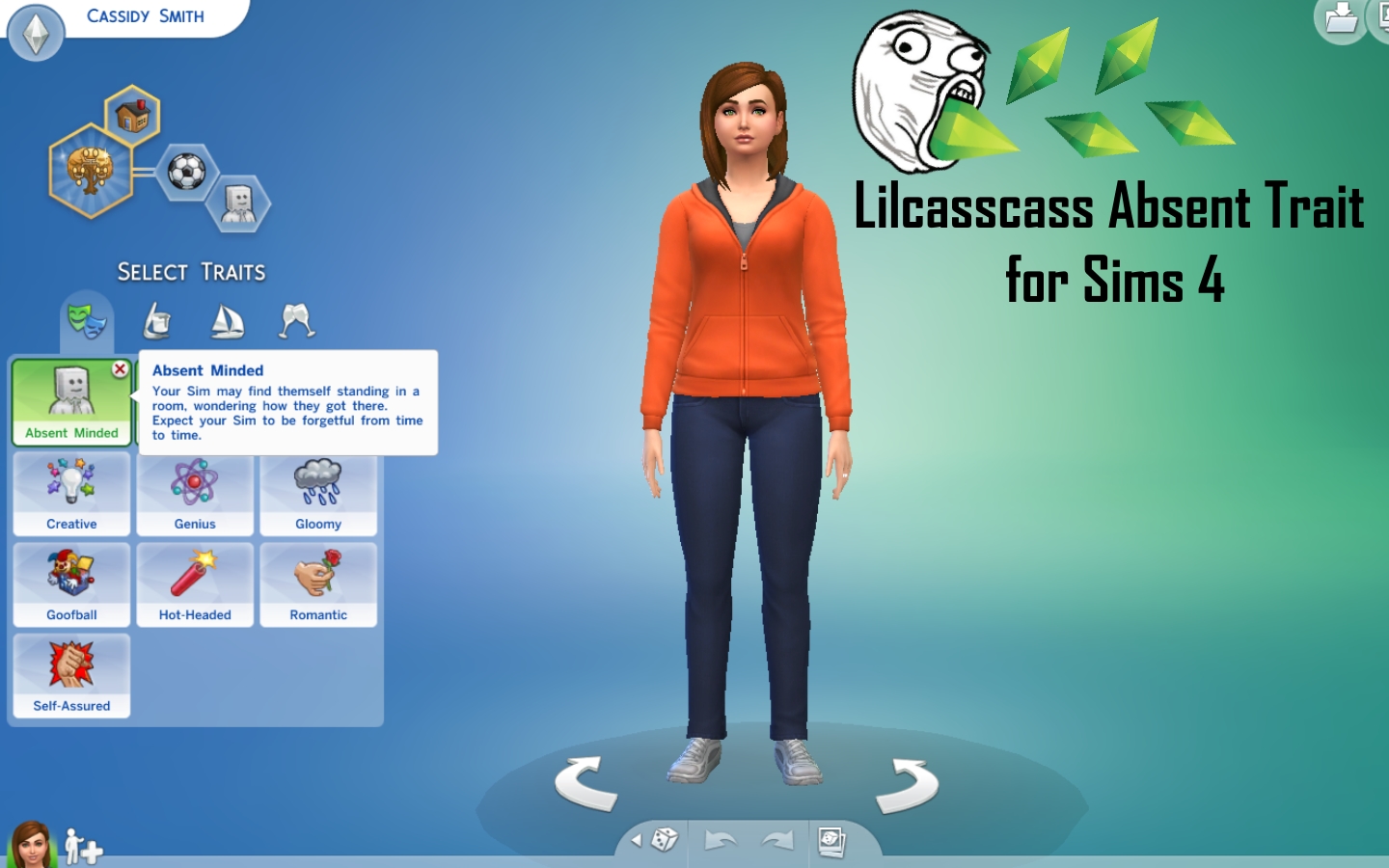 403 Thanks  Thanks     119 Favourited
**Updated for Jan. 7th Patch**
Thank you guys so much for 11,000+ downloads! I recently updated this trait because my MTS inbox was over flown with people saying it doesn't work anymore. I have updated it and it should be working properly now.

This mod does not override any existing game resources, and therefore shouldn't conflict with other mods. If used alongside another trait that changes the default emotion, the default emotion will be random, unless multiple traits have the same emotion assigned, in which case the one with the most traits will be the default. However, regardless of which emotion is randomly chosen as the default one, the others will still be given a boost.

This mod has been tested with patch 1.3.18.1010 released on December 16th 2014. I just uploaded an update it should fix the children not gaining skills bug and make your Sims dazed by default.