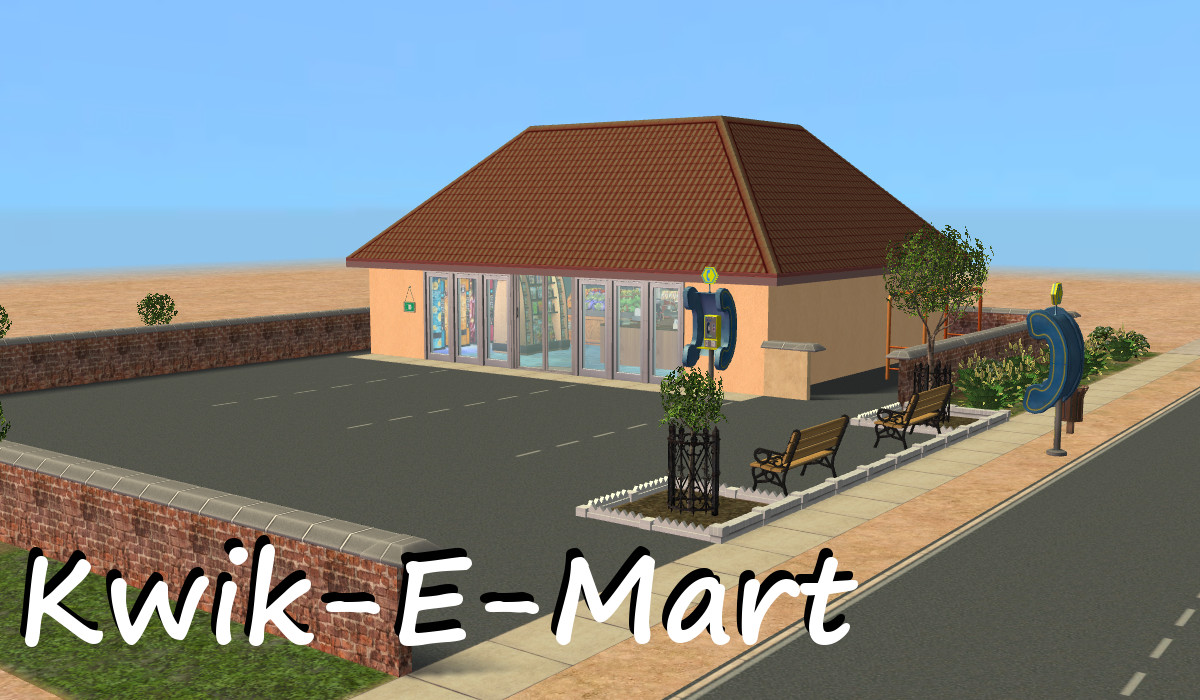 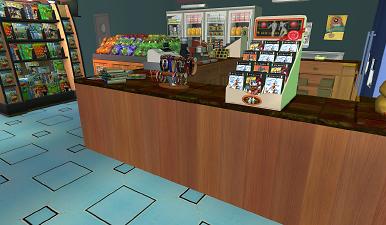 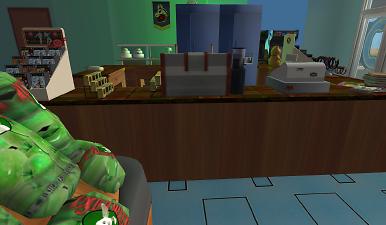 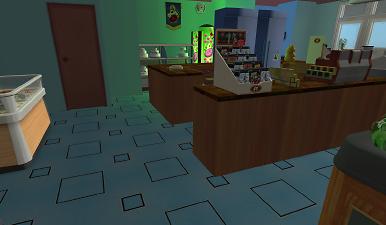 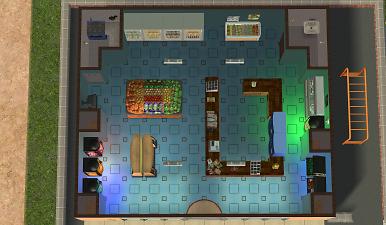 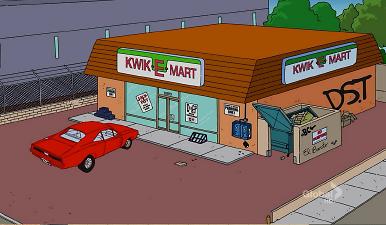 54 Thanks  Thanks     13 Favourited
If you have ever watched The Simpsons it's likely you already know Apu Nahasapeemapetilon's convenience store - which happens to be more expensive and less convenient than one would desire.
I decided this would be a neat building to add to my neighbourhoods, since convenience stores offer a large variety of items to sell and my Sims may get several things in the same trip (saving me some loading screens, thank you).

I used several pictures for reference, but you will notice that:While the outcome is not identical to the "real" Kwik-E-Mart, it's a perfectly practical convenience store for my hoods!

It features groceries (fresh & frozen), magazines, cakes, pet collars, arcade games...
Two blue fridges imitate the Squishee machine, and you can imagine your Sims drink one by ordering an expresso.
A TV is supposed to imitate a security camera.

I deliberately added a kitchen (which does not exist in the original Kwik-E-Mart) because in case it's run as a business it's possible to bake some dishes to sell as well.
Also there is a little playground so the kids may stay outside while daddy buys some fireworks xD

Additional Credits:
The Simpsons series, of course.
Gimp & Fraps
Karen and mlc for their kindness!