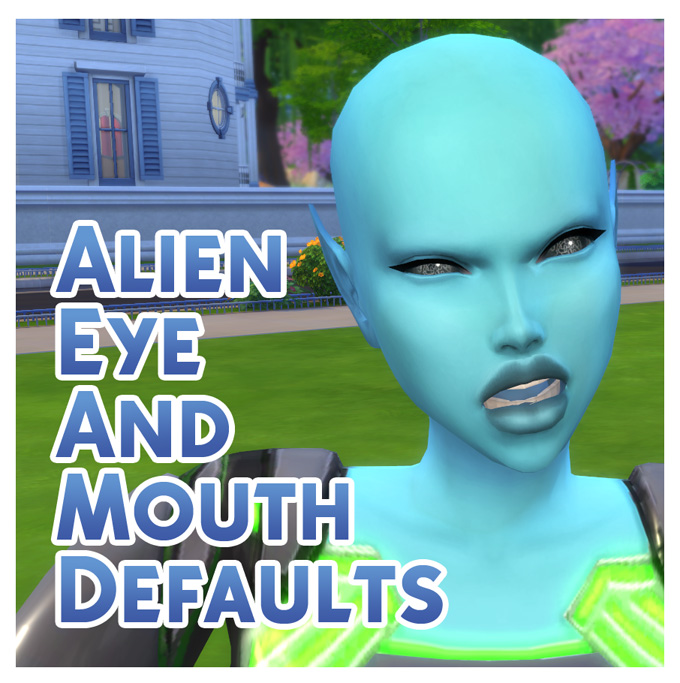 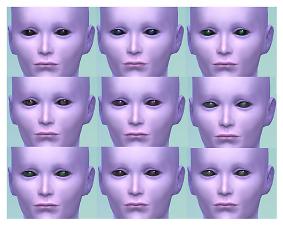 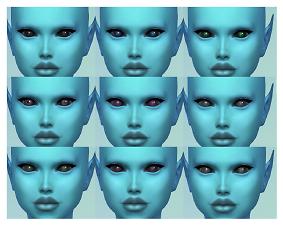 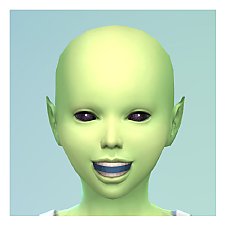 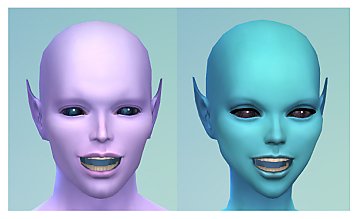 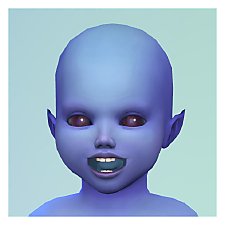 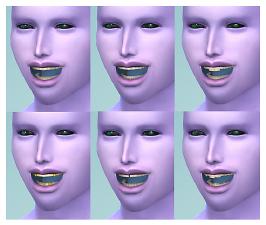 ECO version updated again 14/10/20 to make the file a texture replacement only package once more.

Updated for the Eco Lifestyle patch 1.63.134.1020
[strike]For those updated to the Eco Lifestyle patch I have now added a new file that has been fixed using CmarNYC's TS4 Defaults Fixer program. It is a life saver.
Please delete the old file and replace it with new one as the name is slightly different.
The file is slightly different now though and includes the CASP resources meaning that the alien eye swatches will now show the CC wrench icon (unless you use a mod to disable it).[/strike]
I am leaving the original version up as well for those players who use of the Legacy version of the game.

Description
Ever thought the GTW alien eyes are a little bid dead looking compared to the regular Sim eyes? Well, they're lacking the painted on shine detail that the regular eyes have. This file adds in a shine spot on each eye design as well as the added bonus of including Qahne's blue tongue and gums. This means that any aliens you have (using alien eyes) will get a blue mouth interior without you having to apply it manually. 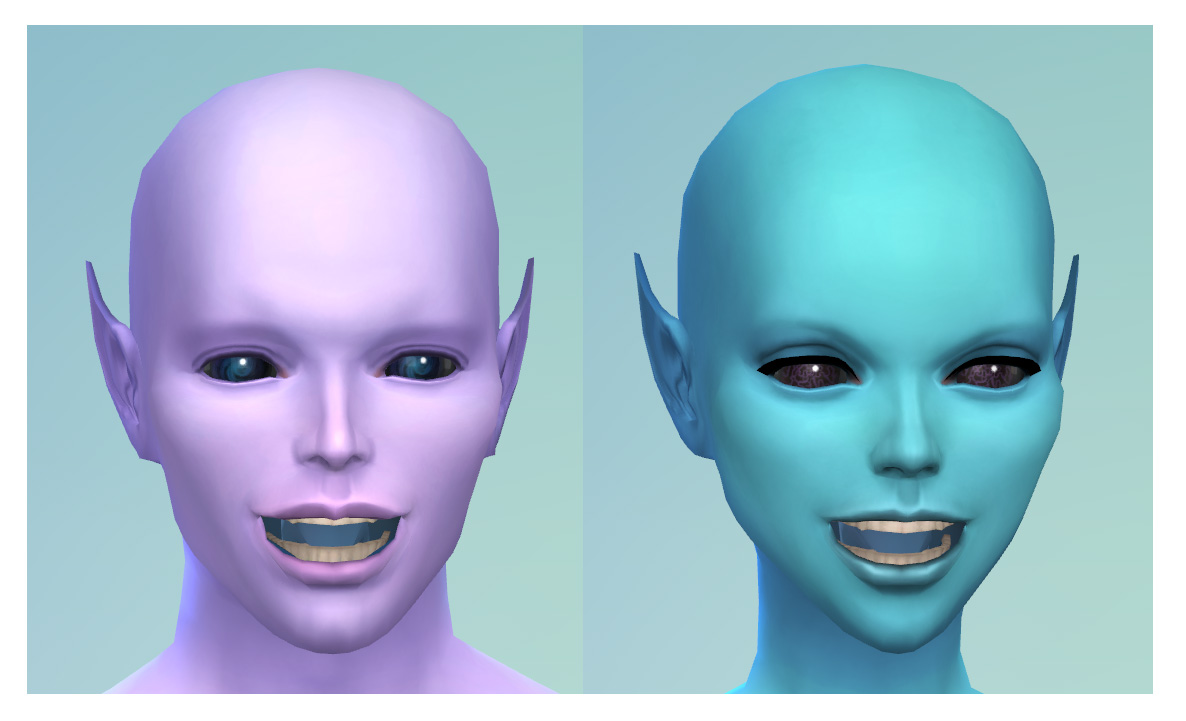 Info
This single .package file includes overrides for all nine alien eye textures. Simply place it in your Mods folder. If you decide you no longer want these defaults then simply delete the file and your aliens will revert to their old selves.

Notes
The tongue and gum texture was created by Qahne and has been used here with permission.
As this is a default replacement, it WILL conflict with any other mods to alter the EA alien eyes.
It CAN be used in combination with Qahne's TS2 Alien Eye + Blue Gums as they are not a default.

For a full list of packs with names, see the Packs Needed popup.
Other Information
Type:
– CAS Mods: Mods which alter or improve Create-A-Sim
– Other
Tags