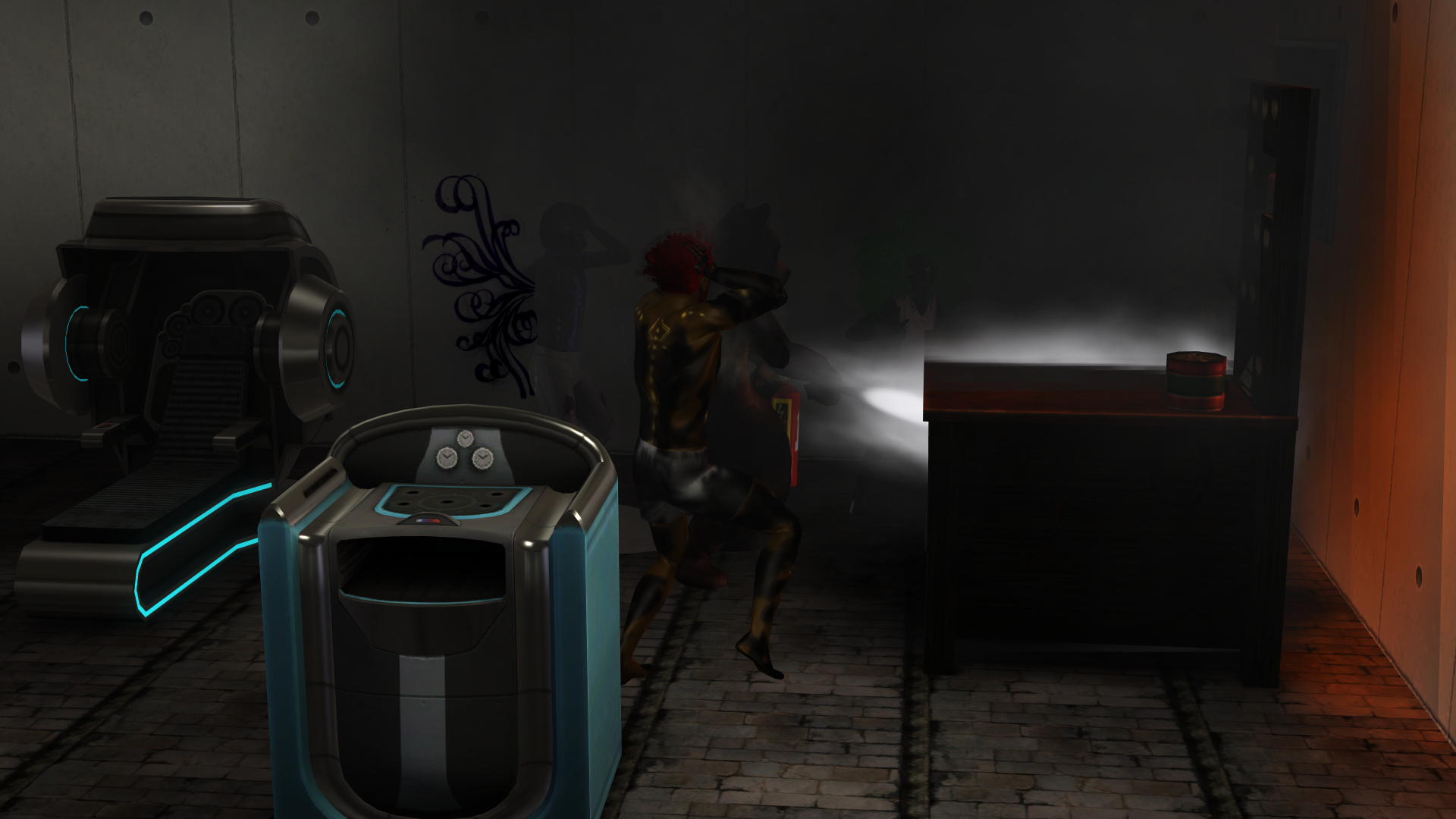 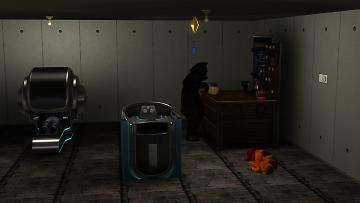 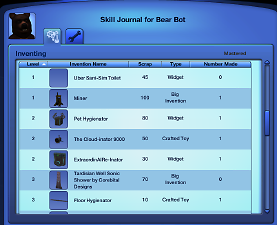 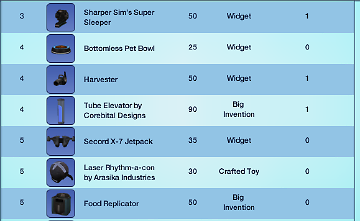 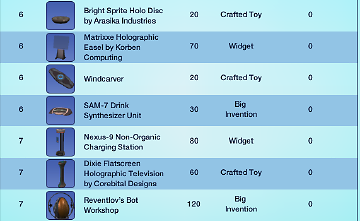 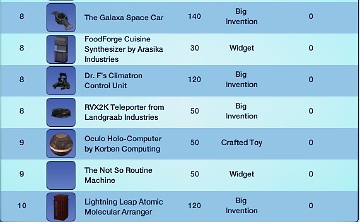 131 Thanks  Thanks     44 Favourited
Update February 10th 2020:
Some Objects were missing the Put in Family Inventory Line, thanks to Harrysdog for noticing.
Edit: Removed tutorial link because the Thread no longer exists. Will rewrite it when I find the time.


So I was bored with the inventing skill..
Also I want my save to slowly evolve through time and become more and more futuristic and I did not want to have to decide for myself when which item is added to the game. People who know my game a bit also know that I don't like rabbitholes, so inventions like the time machine were always very meh to me.

So I decided to just change the inventing process a bit.
There were some problems along the way... ... but now I think I have a working Mod.
I completely removed all the useless widgets and added other objects mostly from Into the Future and some Life Time Rewards.
I also changed the Simbot challenge to appear at Level 5, so you can first invent a Simbot and then later invent the Bot Workshop to build Plumbots, it felt like a natural progression.

So here are the objects: Have fun
Snow
This Mod edit the following XMLs and therefore conflicts with Mods using the same resources:
Inventing 0xA3B185C555C7A9F7
Opportunities_EP2 0x1D0AFD9BB424896E
also make sure you have all the items on the list in your game

Additional Credits:
To Rebekah(AcquireSimoleons) and Margot from the Pixelated Puddings chatroom on Riot.im for always bear-ing with me through all the bugs <3
To Chain_Reaction from NRAAS for answering all my stupid questions