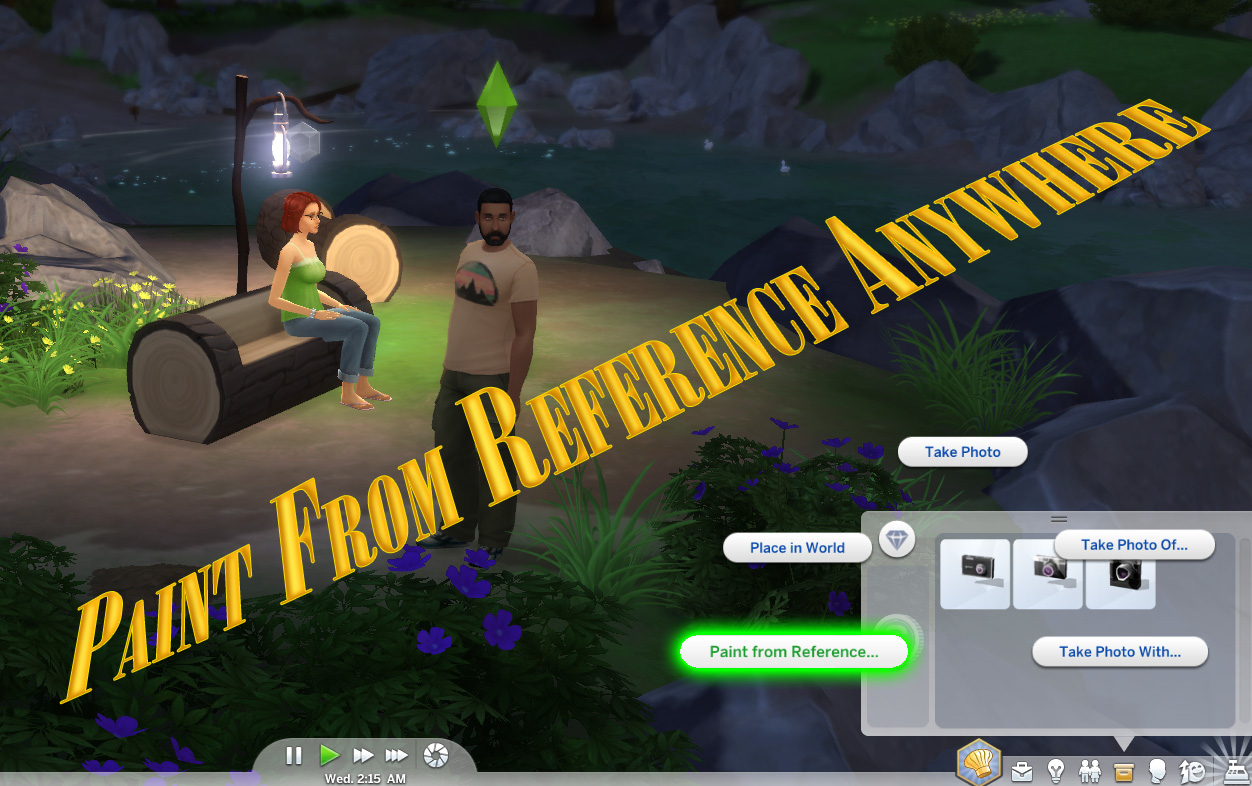 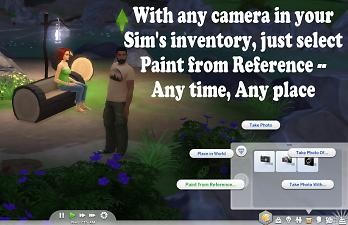 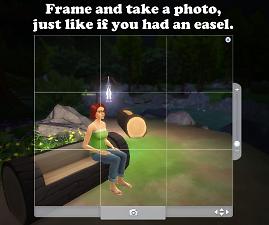 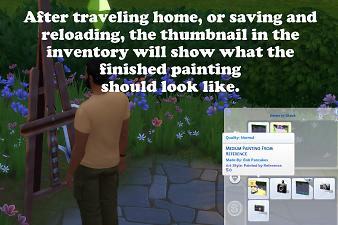 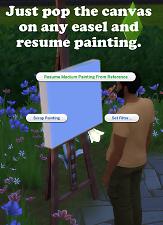 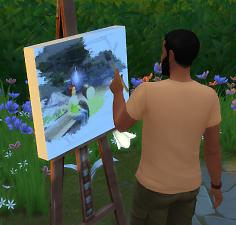 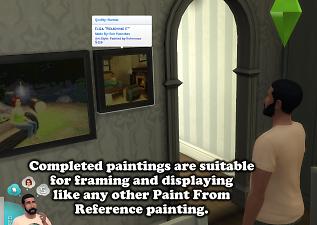 Updated 11-14-2018 --- The mod has been updated to work with the 1.47.49 game patch (November 13, 2018). Overriding the Python code to generate a photo into a Sim's inventory is no longer necessary as EA made the same change (presumably to support the new sketchpad), so that's one less "override" to worry about and the script portion of the mod now only requires one script in the ts4script file.

This adds the ability for all three of the base game cameras to stage a Paint From Reference painting. These cameras, the Barely Better, Appreciably Average and Crystal Clear Digital Camera, are available for purchase in Activities and Skills / Creative from build-buy mode and have been available in the base game since the November 7, 2017 game patch.

A blank canvas will be created in the Sim's inventory after taking the photo and this canvas can then be placed on any standard easel and resumed to complete the painting. No easel is required on the lot where the photos are taken, so your Sim can just travel home once they've prepared the canvases they need and start painting in the comfort or squalor of their own home.

The screenshots in the mod description demonstrate the process of using this new feature, but here are some notes of community interest.
Installation Instructions and Compatibility

This mod was written and tested on Windows for The Sims 4 version 1.47.49 (November 13, 2018). It should be compatible with any of the stuff or game packs and other mods.

Additional Credits
As always, thanks to:
Other Information