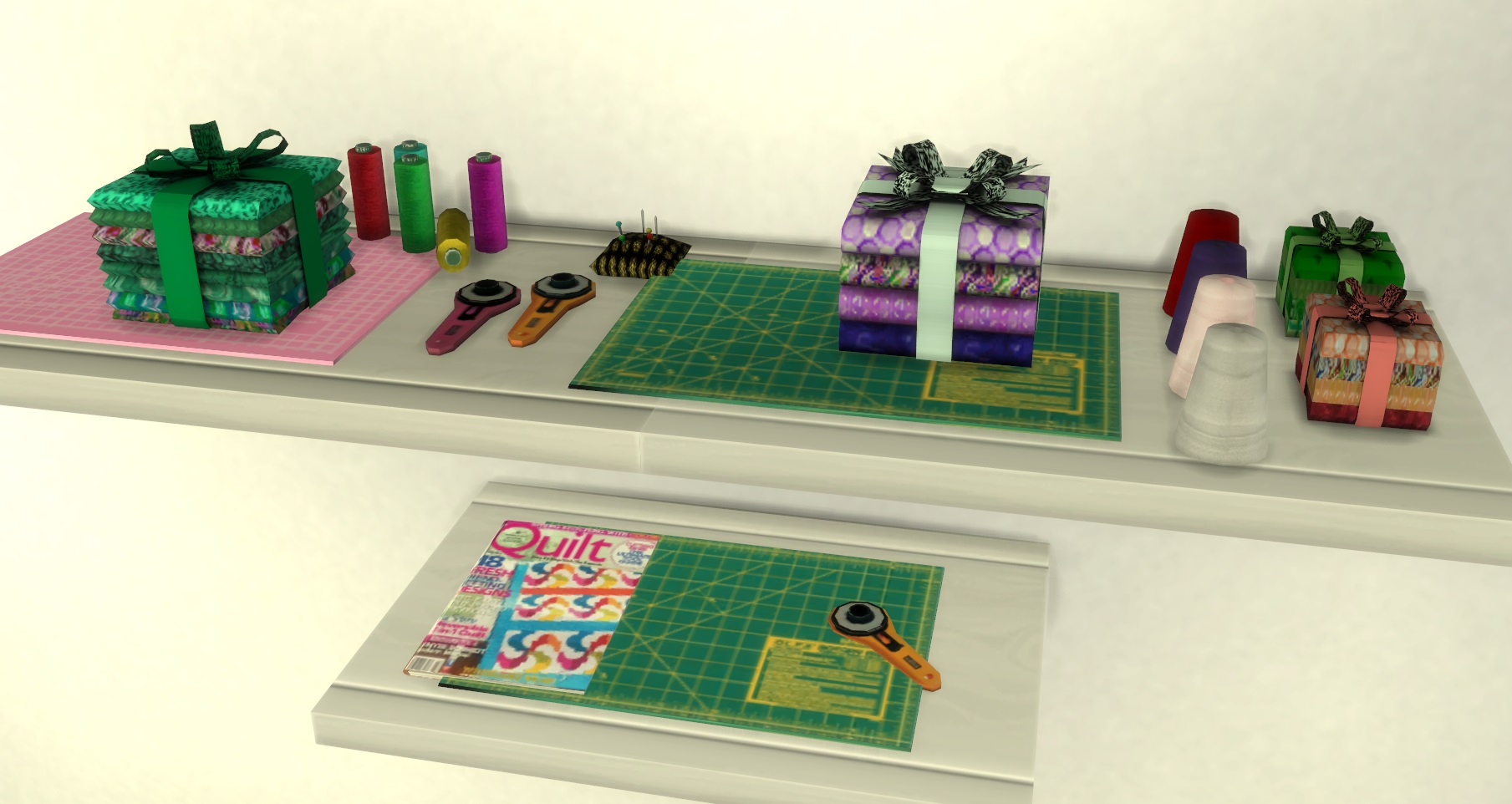 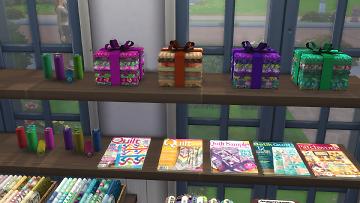 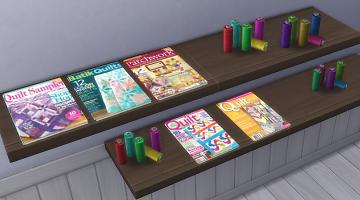 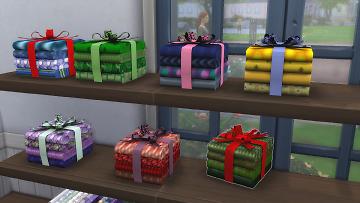 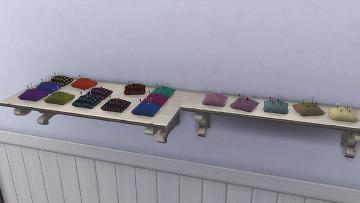 As a quilter you need some sewing tools, like a fabric cutter and mat, thread and a pincushion.
Inspiration and patterns you can find in books and magazins and most of all from looking at luscious fabrics and having fabrics as a gift!

This is a conversion for The Sims 4 of some of the quiltshop items I've made for the Sims 2 Quiltshop and I've added a big cone of thread.

You can find it in the catalog under Decorative Clutter 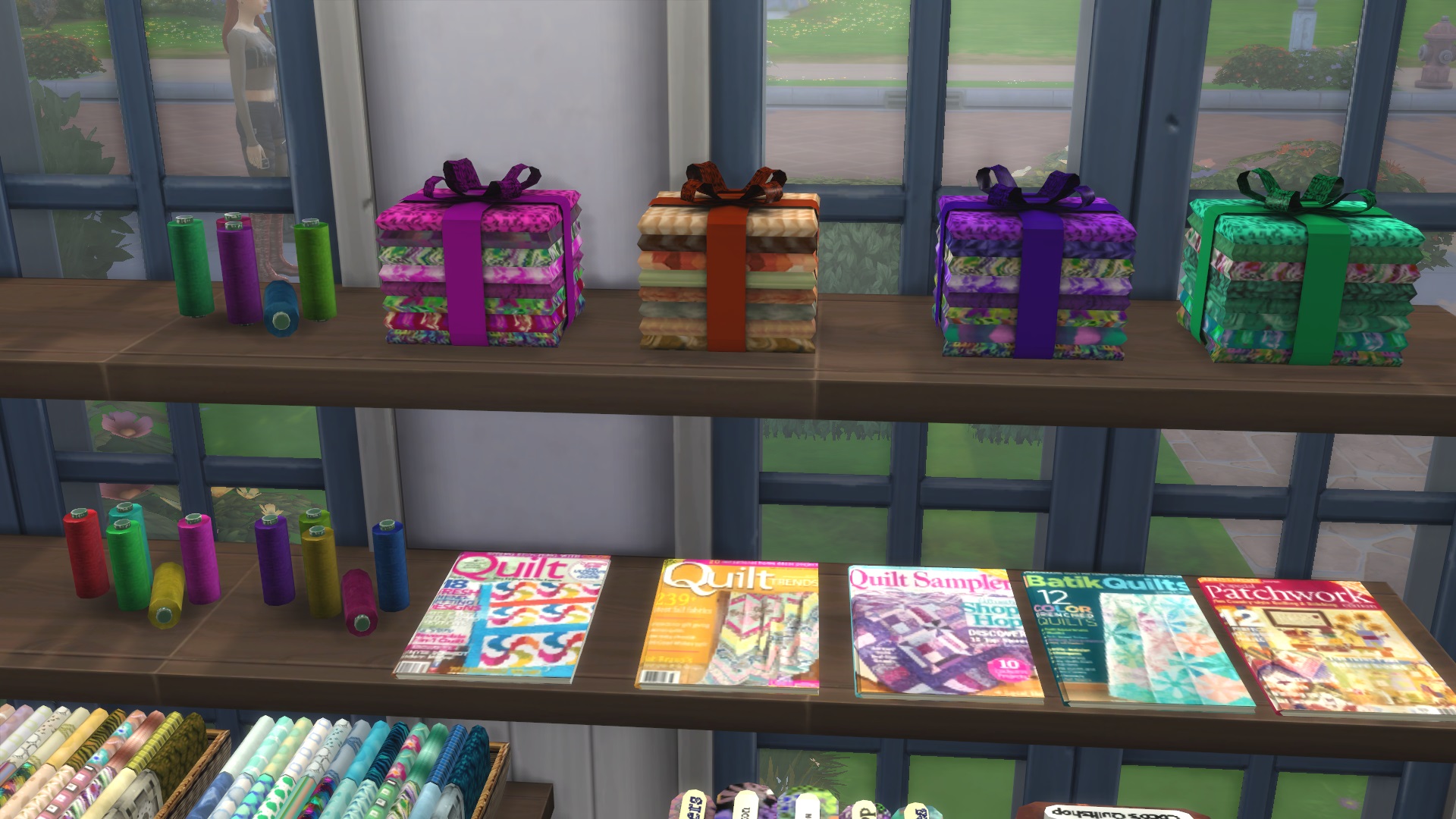 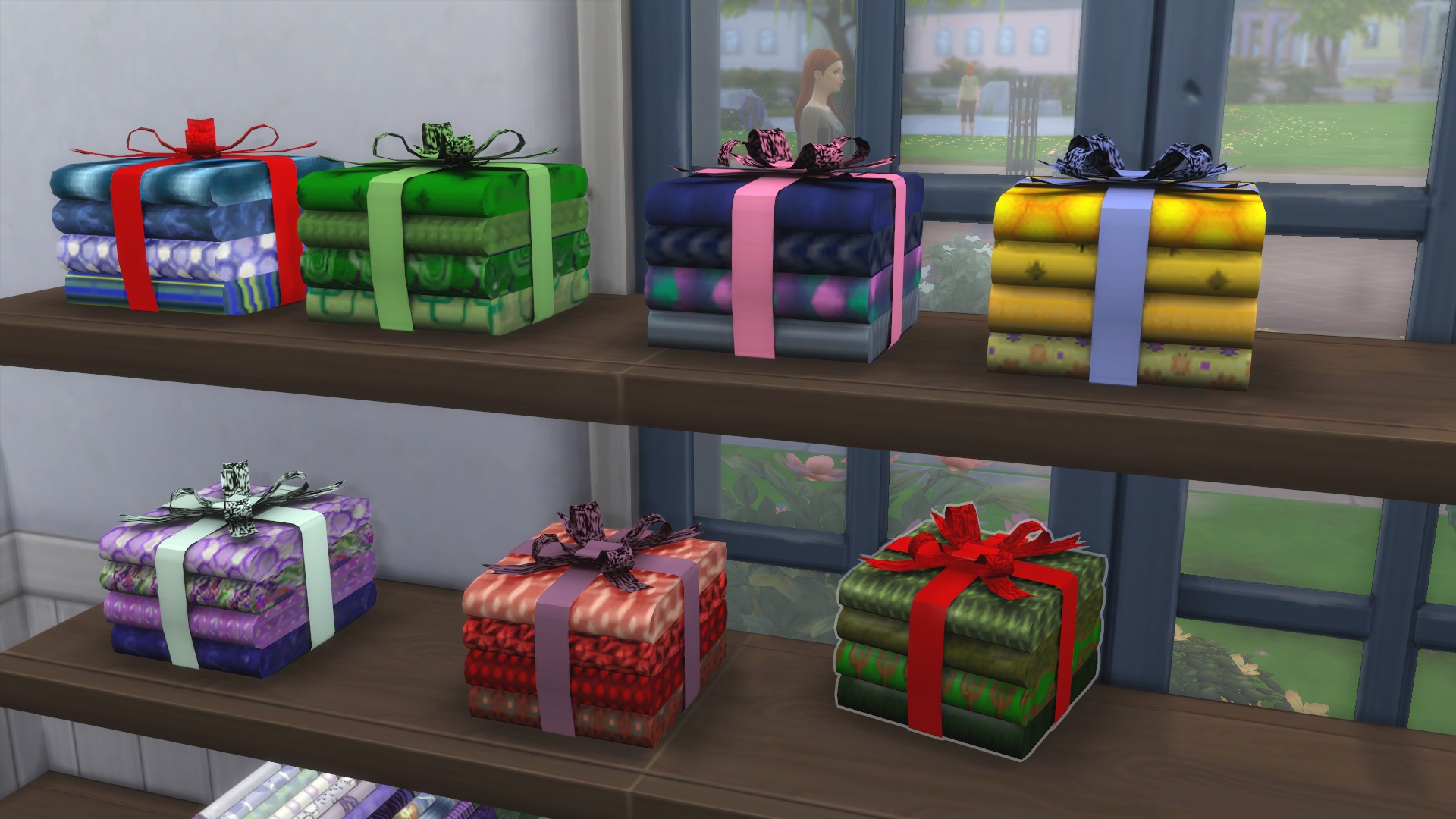 TS4-Coc-BigThreadCone2 10 swatches Salesprice=60
Sorry about the seam on the cone, I've had much trouble to find a texture that would go round and used part of the texture of TS2-WR_SpoolofThread van Retailsims


The shelves will be uploaded later.

Additional Credits:
EA/Maxis for the Sims games.
Made with Sims4Studio, Paint.net, Milkshape and Blender.
Fabric Textures from the Fat Strawberry
Other Information

I share my creations in the hope that you will have fun with them too.