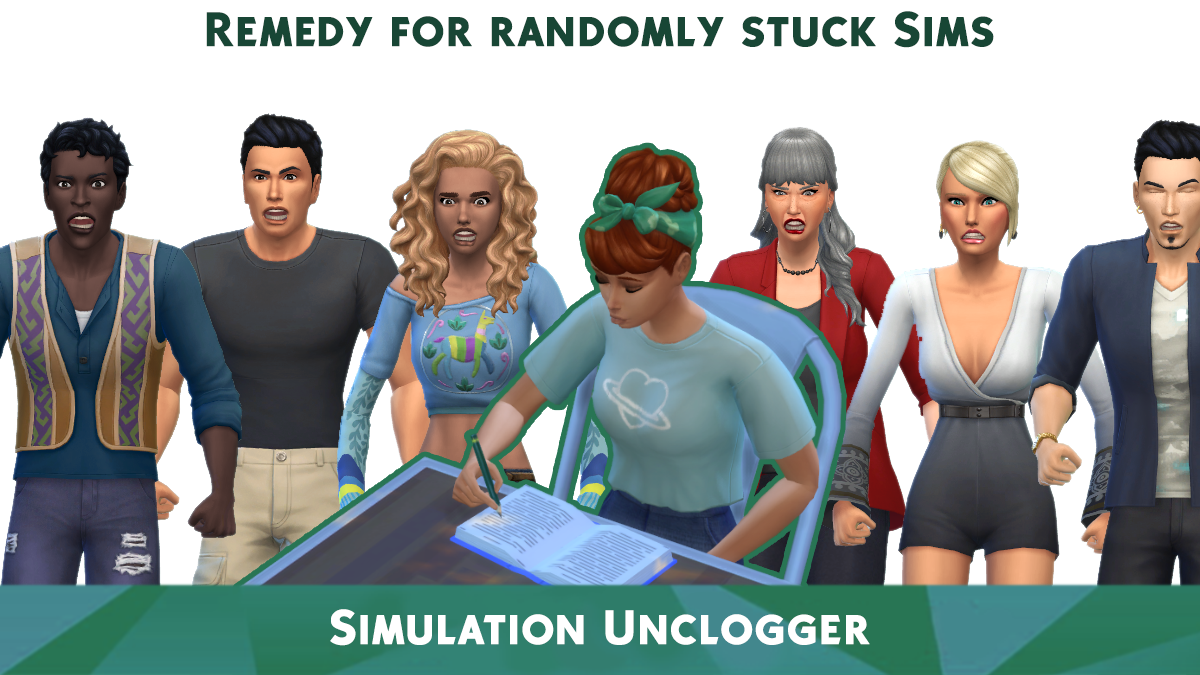 Created by TURBODRIVER View Policy / About Me View Downloads Home

Still working since May 2019, never broken.

Simulation (Timeline) Unclogger is a script that detects when a Sim causes the simulation to get stuck, rendering the game unplayable, and attempts to fix it. If you have ever encountered all of the Sims in the game completely freezing because of someone doing their homework or playing chess, this mod should help.
This mod does not fix the inherent issue that is causing Sims to get stuck but provides a remedy for it.

The Simulation Unclogger Mod is a TS4SCRIPT file. You are required to place it directly in the Mods folder or one folder deep, otherwise it will not function!

Simulation Timeline Unclogger works by watching each and every action that passes through the Sims actions timeline. Whenever an action occurs at the same time as another action in the timeline, the script counts it. When enough of the same actions (type of generator) occurs in a row, within the exact same timeframe, the action gets forcibly stopped, causing the Sim to reset, and unclog the timeline. This solution allows unclogging of the timeline from anything that is caused by any "resettable" action, which involves all Sims/Objects/Interactions.

It's unlikely this mod will become broken from game patches unless the changes directly involve the gameplay simulation. If your game fail to load or your Sims refuse to perform actions, remove it.