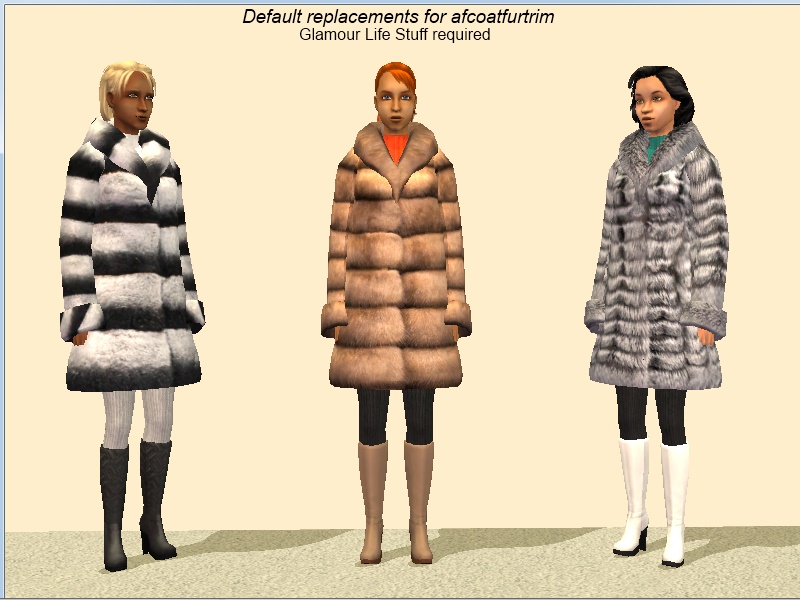 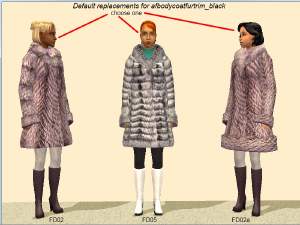 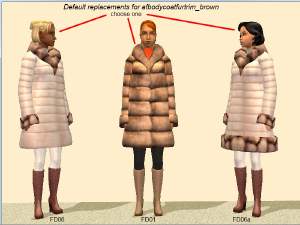 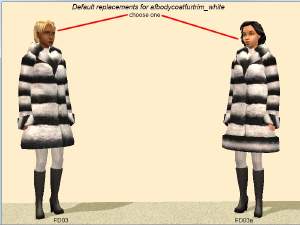 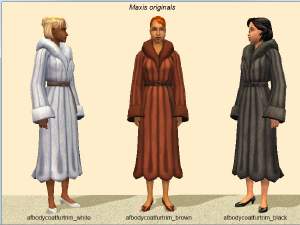 8,390 Downloads 47 Thanks  Thanks 4 Favourited 8,471 Views
Created by dharden
View all Downloads
Uploaded: 9th Feb 2020 at 6:10 PM
These are default replacements for afbodycoatfurtrim, the AF fur coats from Glamour Life Stuff. Since they replace outfits in Glamour Life Stuff, Glamour Life Stuff is required for them to work properly.

Both the replacement textures and the mesh are by AdeLanaSP, and are from her "Frosty Day" set of AF fur coats. When I saw the coats, I thought they were too nice to not be Formal, so I've set the replacements as Outerwear and Formal. Maxis set the originals as Everyday and Formal, but there are category mods (see below) which enable them as Outerwear. Resources are compressed.

Note: The GLS packages for both fanseelamb's Maxis Outerwear as.... Outerwear! and Phaenoh's Great Clothing Migration affect the afbodycoatfurtrim outfits. (fanseelamb's mod enables them as Outerwear; Phaenoh's makes them Outerwear-only.) If you use either of those category mods, or any other category mod that affects afbodycoatfurtrim, the replacement packages must load after it, or the replacement outfits will not appear properly. You should not have a problem with that if the category mod is installed in either the \TSData\Res\Catalog\Skins or \TSData\Res\Catalog\Bins folder of your latest expansion pack.

Poly count: 3182 (somewhat higher than Maxis, but townies won't get it as Everyday)


Additional Credits:
AdeLanaSP, for the mesh and textures, and for giving permission to share this.
Other Information