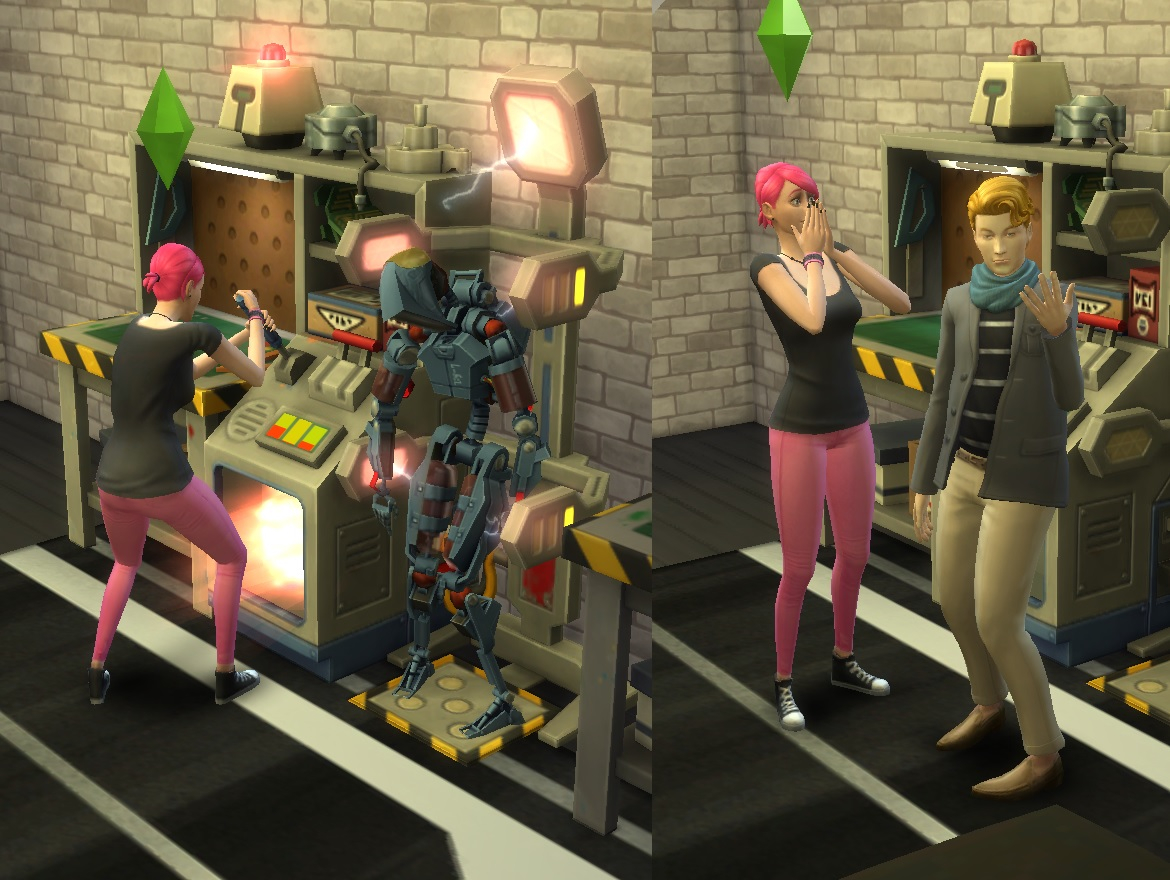 UPDATE:
Due some users experiencing issues with the first version of the mod, I have updated it to rely on Scumbumbo's 'XML Injector' which can be downloaded at the SCUMBUMBO memorial site.

I have kept the standalone version up and labeled it as such for archive purposes, if for whatever reason you do not wish to use 'XML Injector', you can try this version, however, I will not provide support for this version anymore.

Do not use both the 'XML Injector Version' and the 'Standalone Version'.


Description:
A tuning/script mod I put together that stops the Servo outfit being applied during Servo creation, effectively making Androids whilst still allowing the user to switch back to the default Servo look under the normal 'Change Appearance' option in the Servo Pie Menu if desired.

Unfortunately, Servos can't be edited in CAS but you can get around this by turning them human first, then editing them (with 'cas.fulleditmode' applied, if you wish) and then turning them back into a Servo, this can be achieved using my 'Servo Cheats' mod. PLEASE NOTE: This will reset your progress to the next Enhancement Level, but will not reduce the level itself.

After you have set your outfits and turned your Sim back into a Servo, Sacrificial's 'Life Manager Mod' can be used to switch between them in place of the 'Change Outfit' command.

For Servo's activated before installing this mod or Servos you have switched to the default look, you will need to use the new 'Humanize' option under the 'Change Appearance' Pie Menu, if you would like for the Servo to look human. (This will change the outfit to the human 'Mech Suit' included with Discover University, at this time I don't know a way to allow you to switch back to any previously chosen outfit, however any previous body or face changes will remain).

I would recommend the use of deaderpool's 'MC Command Center', if you don't already do so as it has the option to copy and paste a Sim's appearance onto another as well as paste a Sim from your gallery (or tray). However, your Servo must be turned into a human to work with MCCC. I would also check out Obj's 'Robot Dermal Tattoos' to really give your Servo's that android look and Myfharad's 'No Servo Idle Animation' to stop your Servos randomly contorting every chance they get.


Do not use both the 'Standalone' and 'XML Injector' versions.

Hello. My name is Dante and I am a Sims 4 modder with Autism.

More of my mods can be found for free at patreon.com/SweeneyToddSims. (Pledging is not required but is greatly appreciated).