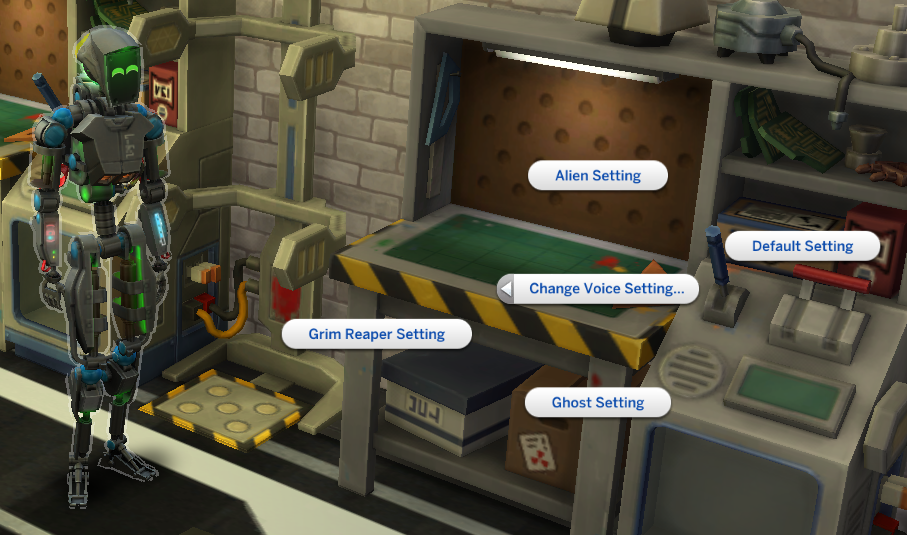 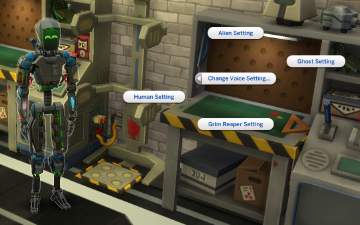 62 Thanks  Thanks     22 Favourited
Description:
I originally made this as a component of a different mod but decided that it was useful enough to be a standalone thing.

In essence, this mod adds a Pie Menu option under 'Modify' in the 'Servo' menu that allows your Servo to change its voice modulation setting.

In the main version of the mod, your Servo can choose between the Default, Grim Reaper, Alien, and Ghost setting.

There is also an alternative version that includes the above as well as additional Human setting (I made this an optional version as I personally don't think it suits the Servos).

Do not use both of these packages.

You do not need to use this version unless another mod tells you to, they will give you instructions on which parts to remove. If you are not told to use this by another mod, use the non-'Compatibility Version's

These are versions of the above packages with the overridden resources separated into their own packages, this allows them to be used with other mods provided said mods have been made compatible.

Instructions on how to make a mod compatible can be found by clicking the 'spoiler' button below and are also enclosed within the zip files, please do not include my mod within your package.


If either 'trait_Humanoid_Robots_MainTrait' or 'loot_Humanoid_Robots_CreationData' is overidden by your mod you can make them compatible with the below instructions.
If only one of these is used, users will need to also use one of the 'Main Trait Only' or 'Creation Data Only' packages as well so please state which one they will need.

In order to be made compatible, the following code has to be added into 'loot_Humanoid_Robots_CreationData' above the 'statistics' line:

And remove the following lines:


Below are 4 versions of this mod, only use one.

The 'Compatibility Versions' have the relevant overridden resources in separate package files to allow other mods to be made compatible with this one, otherwise, they are no different from their corresponding versions. Enclosed are instructions on tuning changes that need to be made in order to make a mod compatible.