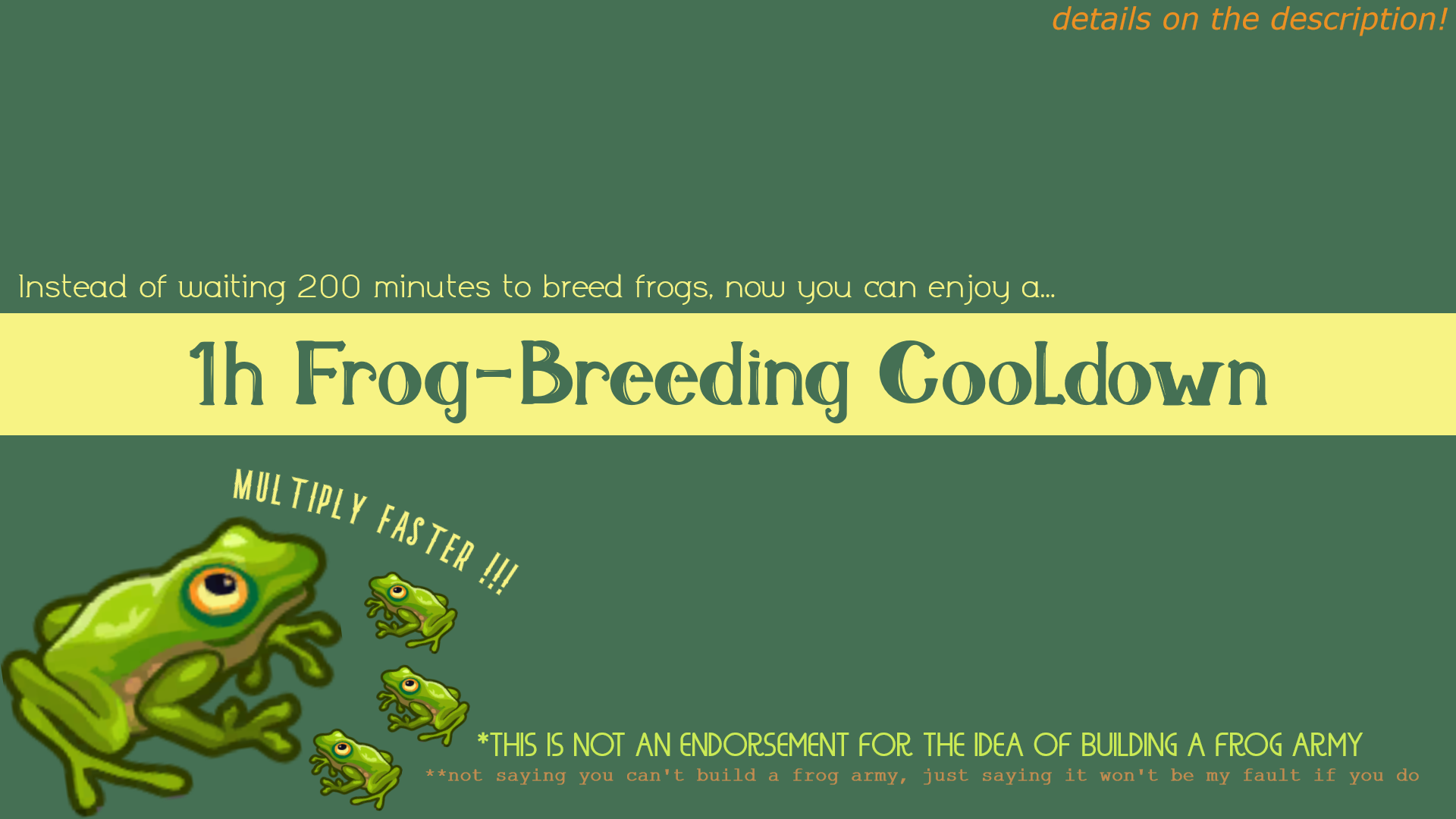 Someone on reddit was asking about an up-to-date mod changing frogs-breeding cooldown, with the only other mods I could find for it either exclusively removing the cooldown or making it longer, and both of them seem to, presumably, be targetting the cooldown or interaction themselves.

So I went down the frog-breeding-tuning rabbit hole (if there's a scientific term for the frog equivalent of rabbit holes, DO NOT inform me of it, thanks, I'm already scared enough as it is), and ended up figuring out how the cooldown worked.

What this mod does is, basically, reduce the cooldown for breeding frogs from 200 minutes to a single Sim hour (60 Sim minutes), for anyone who wants to keep the cooldown but just have it be shorter.

How does it work? Glad you asked because this was a doozy to figure out and I refuse to shut up about it.

I assumed that the cooldown for breeding frogs, being, you know, a cooldown that affected Sims, would be a buff or something but no lol, turns out it was a commodity. So what I ended up doing was overriding that loot.

The next sections will explain how frog-breeding works within the game and also what this mod does and changes.

How the cooldown works in-game:

Since this runs every time your Sim breeds a frog, it sets the cooldown to its maximum (100), and it just gradually decays back to 0 in the background while those 200 Sim minutes pass.

To turn this into a 1h cooldown, the tuning will run this loot instead: 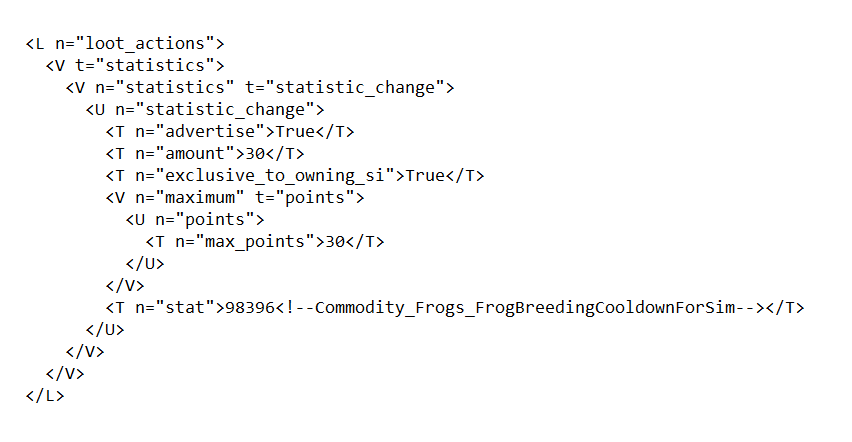 Which means: the cooldown stat will only be made reach 30, and so it will decay within a Sim hour.


Basically? Rather than 200 Sim minutes, the cooldown will only be 60 minutes, or one Sim hour.

Note that this will conflict with my frog-breeding skill mod, and can't be used along it.

tuning overriden by this mod:
loot_FrogCollectible_ResetBreedCooldown