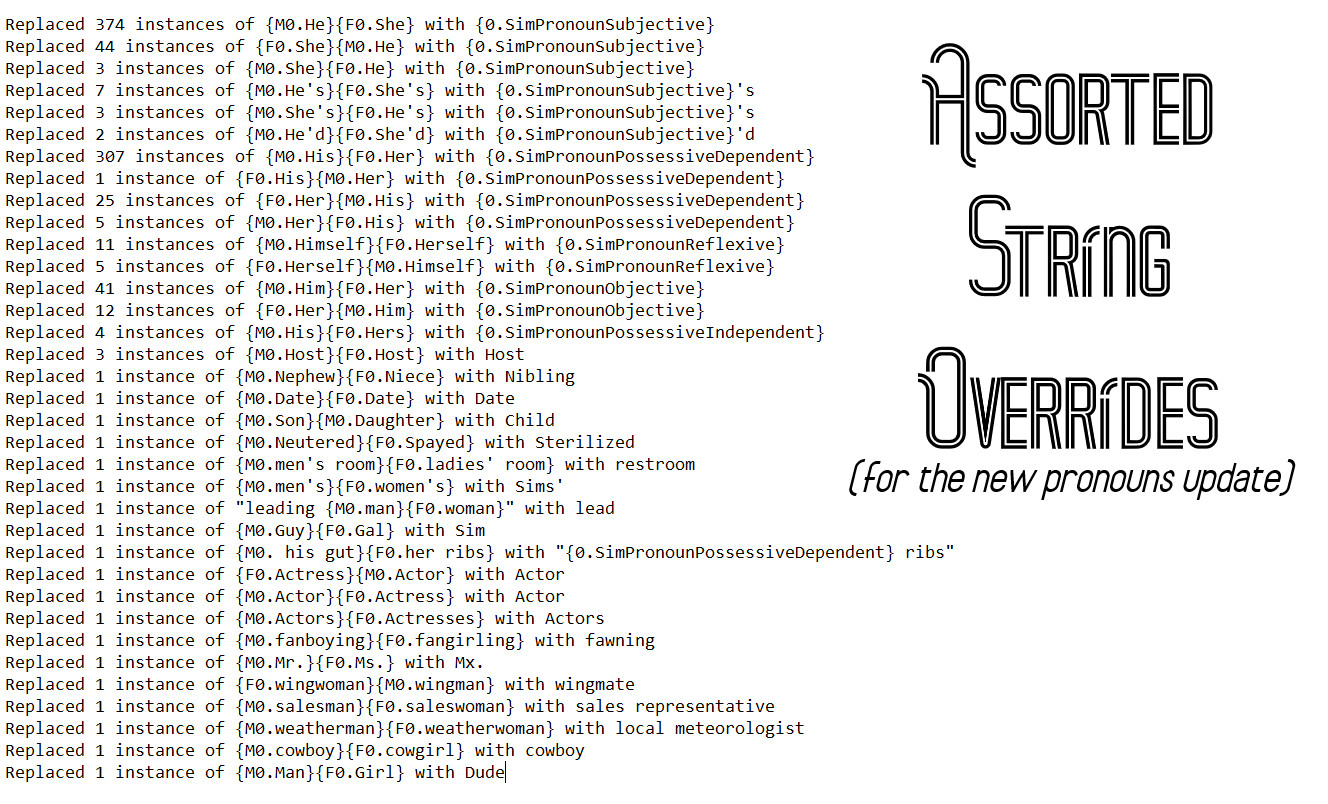 Apparently trying to put all strings in one package was causing issues for a user so they have been split into 2 packages. Currently trying to figure out exactly what caused that.

note I have since become aware some of these conversions were unnecessary so for now I shall be focusing on adding irregular ones to the overrides, since apparently the game could handle the basic ones :\

You may or may not know the game basically used to just do a {M0.}{F0.} format when applicable, like for example a sentence could go like

I'm probably simplifying it too much since it could be used in many ways but basically the new pronouns update added a new format in which to put those placeholders so it would work with custom pronouns in English etc. But like. Some of them were still using that old format? And by some of them I mean a lot? I became aware of this after watching a video about it because frankly, my attention span doesn't pay enough attention to strings to notice stuff so soon, but since I saw some people mentioning it, and it bothered me, I went to re-run XML Extractor...rechecked with S4S’s string table lookup...

...and yep, there are still {M0.}{F0.}’s aplenty. Apparently the game still deals with those strings in some cases, but the more complex ones are still buggy.

Currently overriding the original 520 + 464 more strings, now with the purpose of trying to actually fix some grammar hopefully. >.<

Things to be aware of:
Credits:
String Keys overriden (only open if you want to scroll for a while lol):