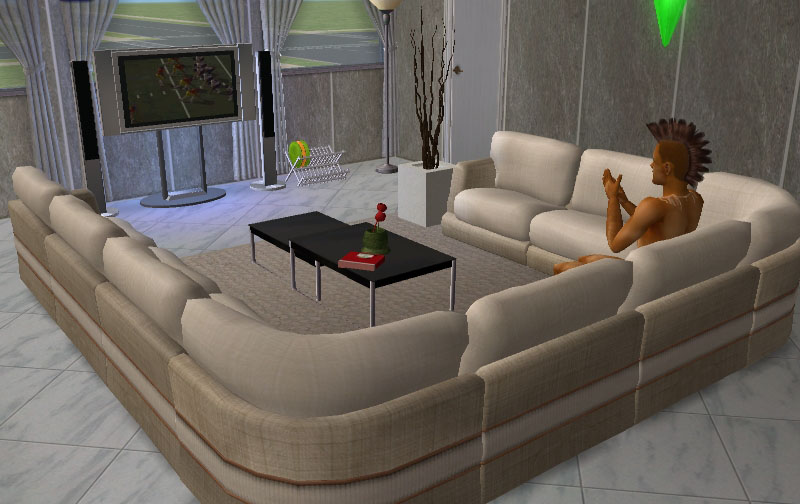 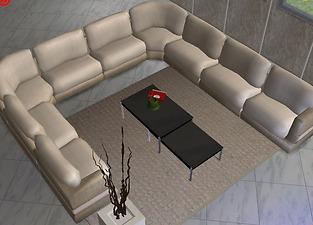 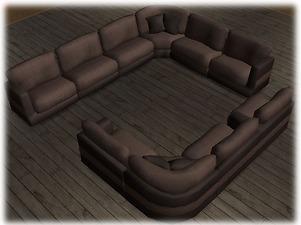 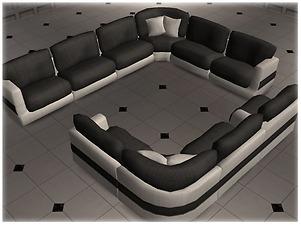 1,351 Thanks  Thanks     46 Favourited
This is a new mesh, and means that it's a brand new self contained object that usually does not require a specific Expansion pack (although this is possible depending on the type). It may have Recolours hosted on MTS - check below the description for more information.

Picked Upload! This is a picked upload! It showcases some of the best talent and creativity available on MTS and in the community.
*Please see the end of this post for update info.

Hi all this is my first upload to MTS2, I have been testing and creating a few things for a time but I guess this is the only one I think that is ALMOST finished enough to share :]

It is a set of 4 separated pieces to mount a sofa in the way you want. By now it is completely usable, I have tested it to exhaustion in here and *ouff* so many little details almost freaked me out, so, even with some few things to do yet I would like to see if you guys like it, what to change, to fix (if something, plz plz not ;D ), any feedback would be great :] I tried to do them with the lowest polycount possible, so we can join as many pieces together we want without the risk of slowdpwn.. since the cushions have more the "soft" style this made the count go up a bit, but nothing critical IMO :]

TO DO:
- More Recolours
- Maybe chairs with two arms, to complete a whole set
- I already made the mesh for that "longer" seat module, like TS2's recliners, but I don't know if I'll use it because I didn't see before that Sims put their arms on the *chair* arms when sitting on these, then one of their arms stays "floating".. unless I make some weird stuff there, or again: the super-cushion that fixes all! lolz ;]

Any other suggestions are very welcome.

About modifications, etc..
I made it firstly for my little brother but it's for all to use and/or modify freely. I just ask to put some credit if you use some part of it on your work :] I really like the work of many people here in MTS2 and other places, so I'm uploading the PSDs I created to the textures too; I tried to organize them in a way that would be easier for anyone who wants to make a recolor to it. I'm not a PS power user so dun mind if they are lame '^^D It would be great if someone would want to make some. (note: the PSDs are Photoshop CS2 versions)
EDIT - Note about paying sites "selling" it: ahm well I'll not discuss it here but please if you make any mod on these try to make it free, or at least post a link to here. I'm a guy who can't pay for most paysites since I live in another country and convenience isn't always here.. lots of great things I could only see screenshots, that's sad ;/

Compatibility
Sorry but I really don't know if this is non-EP compatible.. I don't remember if the Serenity Chair came with UNI or the original TS2 (how sad '¬¬) and it was the base for the pieces. If anyone experiences problems with non-EP TS2 please let me know and I'll try to convert them.
Edit: As eddief66 said the chair I cloned from - Serenity Sitter - is pre-UNI so it should work fine for those who don't have University installed.

ps: sorry any mistakes on English, not my lang

· 2-Seat Central Piece
I added this module so we can do anything like we do on 2/3 seats couchs in TS2 :] It looks exactly like two Central Pieces together. (see next image below)

· Cushions on Corner Module
With these cushions now objects placed on the Corner Module (which is a End Table within :P) don't stay floating, BUT I don't recommend placing anything on it manually, instead of this let it available for Sims putting things like newspaper, phone, VG controller, etc.. not only makes it more real ( and fun IMO :] ) but since the cushions aren't big if you put something oversized on there it can looks weird (hehe.. srry about that). (see next image below)

· 2 new Recolours
These two recolours are kind of 'basic' colors for most common rooms. I didn't have much time available to do more yet.. since each part of a module has its own recolor we can have a good number of variations besides the default combinations (see next image below and screenshots section for the new recolors) :]

Besides these, as I said before, little tweaks here and there

- Even after asking opinions about making the Corner Module a End Table or a Coffee one I had to make it a End Table until further editing.. this because First, I couldn't find a Coffee Table with two separated meshes/textures besides that Groove one which is University-only :[ and Second because I didn't get to convert a End Table to a Coffee one through editing BHAVs, BCONs, Globals, etc.. just errors, errors and erors hehehe I need to learn more before this comes to reality ;]

- I had to remove almost all of the reflection/specular from the Material Definitions since with darker colors they really got ugly :[ (and because this kind of fabric doesn't shine hueh)

- I didn't make Right/Left End 2-Seat Modules for two reasons.. first because I myself don't like that bunch of things crowded in the catalog, I mean, I'm trying to make this set the less "invasive" possible in your games and two more modules doing (not exactly) the same as the Central one would mean crowded catalog, more resources then more load time then less performance.. srry lolz I'm kind of paranoid with that "/ .. well second is that, because of some mistakes I made in the beginning of the project these modules would require 1024x512 textures (which I think is a bit over for a furniture module) and a kind of Package Editing I don't know much yet..


I guess there was something more to say but I think I'm just being paranoid again lolz :] I hope everyone enjoys it!

Until the next one!


1· Wirapuru-ModularSofaSet-V1.rar >> The object files with the 5 modules and a basic Recolor (the beige/cream one)

4· PSD[cs2]-recoloring-templates-modularsofa-v1.rar >> Photoshop CS2 PSD files with the "templates" for recoloring.

This isn't needed at all if you only want to play with the Sofa Set in TS2, ONLY DOWNLOAD THIS ONE IF YOU WANT TO RECOLOR IT *AND* HAVE PHOTOSHOP