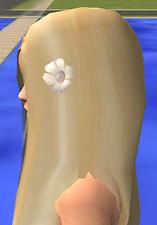 74 Thanks  Thanks     4 Favourited
Marina was the original mermaid in ‘The Little Mermaid,’ as told by Hans Christian Anderson. Disney changed to telling to be happy with their movie, as they do with most. There is somewhat of the same storyline, except it differs in a lot of places- for Marina, instead of having 3 days to kiss the Prince, she had to make him fall in love with her and marry her- if he married someone else, Marina would turn to sea foam the morning after.
Marina saw the Prince first in his statue, and then on his ship. She saved him after the ship sunk, and took him to shore. She waited for him to wake up, but a group of girls ran up just as he opened his eyes- first the Prince saw Marina, and then another girl was standing over him. He thought they were the same girl, and fell in love with her. Marina had dove back to the sea when the girls had come.
So, we all know that the little mermaid went to the sea witch and gave up her voice, and then went to stay with the prince. Well, in this story, the prince says he’ll marry Marina because he can’t find the girl he saw on the beach.
But, as always in fairy tales, the Prince finds the dark haired princess and marries her instead of Marina.
That night after the wedding though, Marina’s sisters show up with a magic dagger. They had given their hair to the sea witch in exchange for it- it was for Marina to stab the Prince in the heart. This way, his blood would flow between her feet, and she would be a mermaid again. And Marina almost stabs him, too- but she realizes that she loves him too much, and because of that she should be happy for his happiness. So the sun comes up, Marina throws herself off the ship, and turns to foam. The Prince had woken up just in time to see this, and when it’s too late, he realizes that she was the girl on the beach all along…
Some people get the wrong message from this- that a girl should give up everything for her man. That’s not the message- the message is that you should put the happiness of the one you love in front of your own, as well as their life.
This movie had me in tears. It was SO sad, and I had to make Marina as a sim. Though, at the end, the narrator says that Marina was allowed to go down from Heaven to the ocean as a mermaid again, and to help other mermaids.