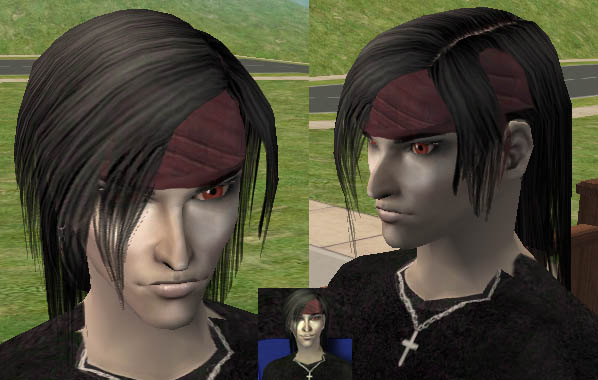 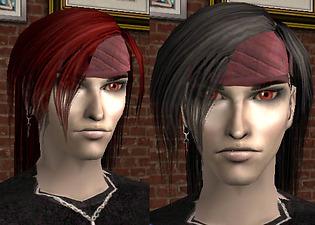 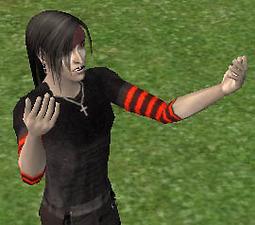 959 Thanks  Thanks     31 Favourited
This is a new mesh, and means that it's a brand new self contained object that usually does not require a specific Expansion pack (although this is possible depending on the type). It may have Recolours hosted on MTS - check below the description for more information.
Picked Upload! This is a picked upload! It showcases some of the best talent and creativity available on MTS and in the community.
I know its not entirely accurate, lets just say is based on Vincent Valentine's hair until i get it perfect. In my opinion i think its pretty cool anyway

Dont get me wrong, i truly belive this is actually one of my most successful meshes but....

Promise you wont laugh? I spent many an hour doing this and i gave out a yell of triumph as the finishing touches were put in, my sister comes up behind me and gives me applaud and praise until she laughs. I ask "What" and she replys "his hair is the wrong way round"

*slaps forehead* Sure, the fringe is on the wrong side but i like to think its better than nothing and that its at least close.

Can someone let me know if they know a way to flip meshes round so the fringe is the otherside? awesome

Well, The info
Based on Vincent Valentine
Comes in Black and Red
Not retextured (want to have a go? go ahead)
Im aware its not 100% perfect but there is not gaps or animation problems just texturing,

Overall id say its good, but not great and il get to work fixing the bad texture and alpha when ive learned to flip it (not much point ...yet)
I was going to work on a full Vincent sim so if anyone wants to join in i wont be starting it for awhile anyway so any meshers/skinners want to help that would be cool

Vincent, once having a secret past with Shinra, joins Cloud in an effort to resolve the torture in his soul and the horror Shinra inflicted upon him. Although he is quiet and frail, a dark and frightening power hides within. Although it seems Vincent was merely a subject for experimentation, his existance his an even deeper secret.
his birthday is october 13th aparantly *shrug*

Please download the MakeUp Bandana as it looks waaay better with it... so you get a free red bandana yaay