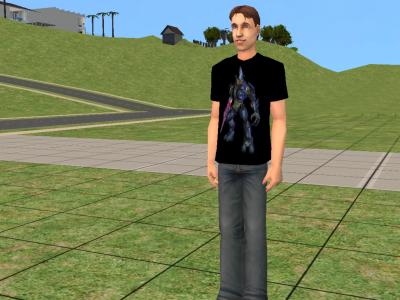 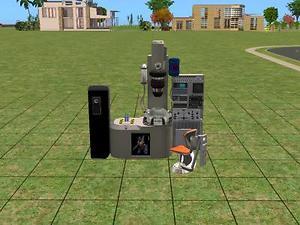 626 Downloads 200 Thanks  Thanks 10 Favourited 46,746 Views
Personal Picked Upload! This is a personal favourite of the creator!

Created by skiingiggy
View all Downloads
Uploaded: 7th Feb 2007 at 11:36 PM
Updated: 7th Feb 2007 at 11:50 PM
Here it is, my latest career. It is a covenant career for all of the halo 2 fans out there. It has a custom uniform. It is a black shirt and jeans combo with a Covenant elite on the front. I know its not much but i can't texture very well using only microsoft paint.... The custom reward is a recolored biotech station with custom options and colors. The options on it include Make Flood Vacine and Make Flood Infection. If you look at the screen in front of the sim you are in for another surprise(don't worry, it's pg)
Now for the levels and there pay. They are all based on the covenant Caste system.

GRUNT- you have now joined the ranks of the mighty Covenant! hard work and really hard hours follow, but in the end it is worth it.

Grunts are the lowest of the Covenant castes. They’re the easiest Covenant to kill and are used as cannon fodder on the battlefield. Rank Advancements Non Elite rank changes are made with a prototypical morph pod. Good luck! Pay= 600

JACKAL- Jackals stand approximately 5’ 8” and with superior senses of sight, hearing and smell compared to the other Covenant castes. Therefore they serve as scouts and assassins in the Covenant forces. Pay= 700

DRONE- Drones are a new race used in the Covenant military and are being deployed en masse in the battlefields. Drones are insectoid in origin, in addition to helping maintain Covenant spaceships, they have a limited ability to fly and are excellent shots. Highly intelligent, their mastery of anti-gravity flight assistance has given them an almost insurmountable strategic advantage in combat. Pay= 800

HUNTER-You are now working as a pair. You are deployed as infantry and have very little status in the covanant ranks. Pay= 900

BRUTE- Brutes stand about 7’ tall. They serve as Ceremonial Guards of the Covenant Temples, Prophet Temples and places of Holy significance to the Covenant. The Brutes have been known to guard these places fiercely rather dying in combat than risk damage to the Temple. Pay= 1000

ELITE VETERAN- The Red armored Elites are Veterans who command multiple squads of both Elites and lesser races. Pay= 5000

ELITE GUARD- The Highly Ornate Gold armored Elites carrying staffs are the Imperial Guard. The best Elites of the entire army who are given the honor to guard the Holy Ones in their inner sanctums on Covenant worlds. Pay= 9500

Prophet-The role of the Prophets, for as long as can be recalled, is to archive, explore and locate Forerunner technology and artifacts. These intelligent, highly evolved beings are physically weak, hence their need for Elite allies. The pact allows the Prophets to advance their search through conquest and occasionally assimilation of species whose home worlds or solar systems contain Forerunner architecture or technology, often disregarded by the resident species. Prophet ceremony and purpose is not generally known to the Covenant population, most of which simply trust in their wisdom to further the goals and territory of the Covenant. Pay= 10000

Now for a chance card:

The humans have landed on your home world. You are stationed near the Prophets, and you are wondering what you should do. You could run in and protect the Prophets, but that is what the guards are for. You could also go and try to help elswhere> Where do you think you will be needed most?

Choices a: Protect The Prophets b: Help Elsewhere

A: Good You decided that it would be smart to go protect the Prophets. You bolted through the doors and saw all of the guards dead on the floor, and the MKaster Chief bolting towards the Prophets. You took one wild shot with your covenant combine and hit the chief square in the head. You saved the Prophet! You have been promoted to a prophet for your amazing knowledge!

A: Bad you rushed in to protect the prophets and found all of the guards shooting at you! It was a secure area and you dis-obeyed standard orders! You were killed amist the shooting and lost everything. Your body will be returned to earth in it's normal state and braught back to life. Humans could never become good covenant..... Oh Well!

B: Good You decided to go help elsewhere. You rushed out to the landing bay and started attacking the marines there. Hours of fighting took place there and you were forced indoors. you sent in 3 grenades to hopefully wip out the overwhelming forces. It worked well and you managed to crush the reamining human forces! You've been given new armor to represent your battle veterancy!

B: Bad You decided to go help elsewhere. you went out to the loading bay and got caught in a firefight. You saw a banshee nearby and jumped in. you started flying around shooting at the human attackers. One of them shot a rocket at you and you were hit. You lost control and went plummeting to the surface. You crashed and had to pay 2000 dollars to pay for a new banshee and new armor.

There are chance cards for every level except level 10. Won't over-write other careers. Fully play tested. This site is where i got all covenant pictures and the information for the ranks: http://www.covenant-clan.co.uk/covenantindex.htm
Other Information

Description: This old reasearch table can be used to study the flood infection as well as other forerunner technology. These ancient worktables were found in a lab on Instalation 04 aka Halo. The flood was about to destroy all of this technology until now only a few peices remain. Reasearching the flood is a great way to prepare a final assault and destroy them for good.