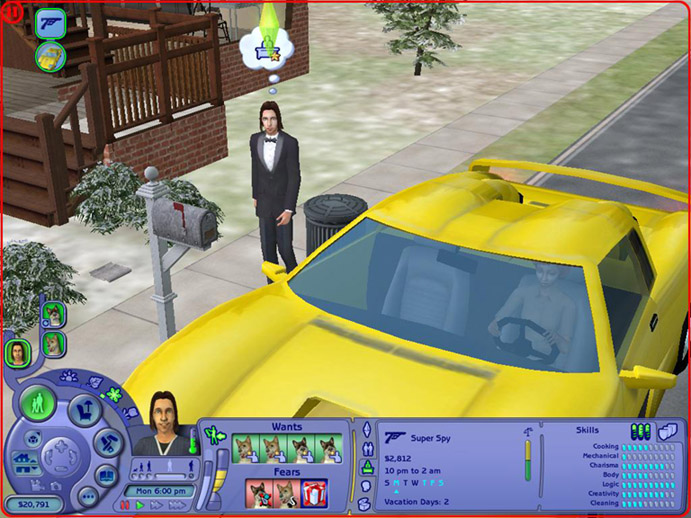 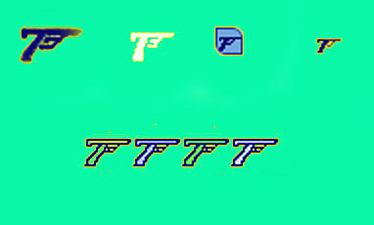 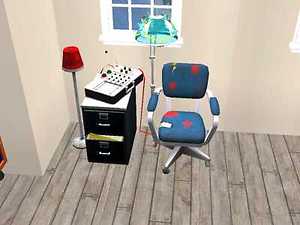 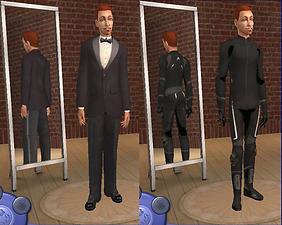 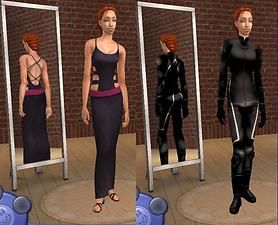 5,068 Downloads Quick download 772 Thanks  Thanks 51 Favourited 78,346 Views
Picked Upload!   This is a picked upload! It showcases some of the best talent and creativity available on MTS and in the community.

UPDATE 8/3/2007: I was made aware of a problem with the career reward that I hadn't noticed. It is cloned from the reward for the criminal career track and I thought they were both available simultaneously. They do both appear in the career rewards but my Interrogation Resistance Trainer made the original Lie Finder that is was based on unavailable. You could click the reward in the list and see the description, but it wouldn't actually appear on the lot to be placed if you tried to place it. That problem is now fixed and I have attached a new file to the downloads below called "Espionage Reward." For people downloading for the first time, use the career reward in this rar instead of the one in the main rar (you can delete that one). For people who have already downloaded the career, you can replace the original espionage career reward with the one in the new rar. Sorry for the inconvenience. This was actually my very first object and I am far from being an expert at them. I'm surprised it worked as well as it did to begin with. Hopefully the new one doesn't create any problems.

UPDATE 6/6/2007: Oops. I discovered an error in one of the chance cards where it was supposed to take money away and instead it added money. Anyone who has already downloaded should replace it if that's a big issue for you. The corrected file is the one that says Update 6-6-07. Sorry for the inconvenience.

I sat down to see if I could make my own career, having never created anything very involved for the game before. I was interested in making careers based on the classes in Dungeons and Dragons, as most of my Sims characters are based on characters I had in that game. This espionage career started out as just an experiment and grew into something I wanted to perfect. Maybe some of you out there will enjoy it. I do realize that there are a couple of other spy careers out there and I'm not meaning to step on any toes. I actually didn't know of their existence until I was almost ready to upload this one.

--Complete chance cards
--EP ready
--Custom icons
--Custom uniforms for levels 7-10 (recolors or reclassifications of Maxis outfits from the base game, so no expansions required)
--Custom (sort of) career reward (basically it's the polygraph machine from the criminal career track, just recolored and with a different name and description, and with the "Practice Lying" option relabeled)
--Doesn't overwrite any Maxis career for sure, and no custom career that I have in my game. I registered my GUIDs, so presumably it won't overwrite (or be overwritten by) anything with a GUID that's also registered.

The pay is pretty good, but the requirements are a little higher than the other non college degree careers (for the top level you have to have 8 points of charisma, 8 points of creativity, 10 points of logic, 5 points of body, and 10 friends)

There are eight files in the .rar: the career, the career reward, a male and female spy outfit (recolored racer outfits from the base game), a male super spy outfit (one of the tuxedos reclassified to be everyday), a female super spy outfit (a recolored and reclassified formal dress - I guess my vision of a female James Bond), and two files modified from Vagrants uniform templates that tell the career to use the outfits. All eight files must be placed in the downloads directory for the career to work properly. (I think if you don't put in the uniform files they will just go to work in their everyday clothes for the last few levels.)

Here's a screenshot of Cyd Roseland (from Pets) going to work as a Super Spy (ignore the time of day, I had to cheat to get the daylight for the shot).

This is my very first upload, so constructive criticism is appreciated. If anything goes wrong for you, let me know. I will try (with my limited abilities) to figure out the problem. But everything seems to work fine in my game.

Please use this or modify this as you will, but please do not upload to any paysite (even if it's free on the paysite) and please give me credit.

and my son Keith, for the original idea to do a spy career.