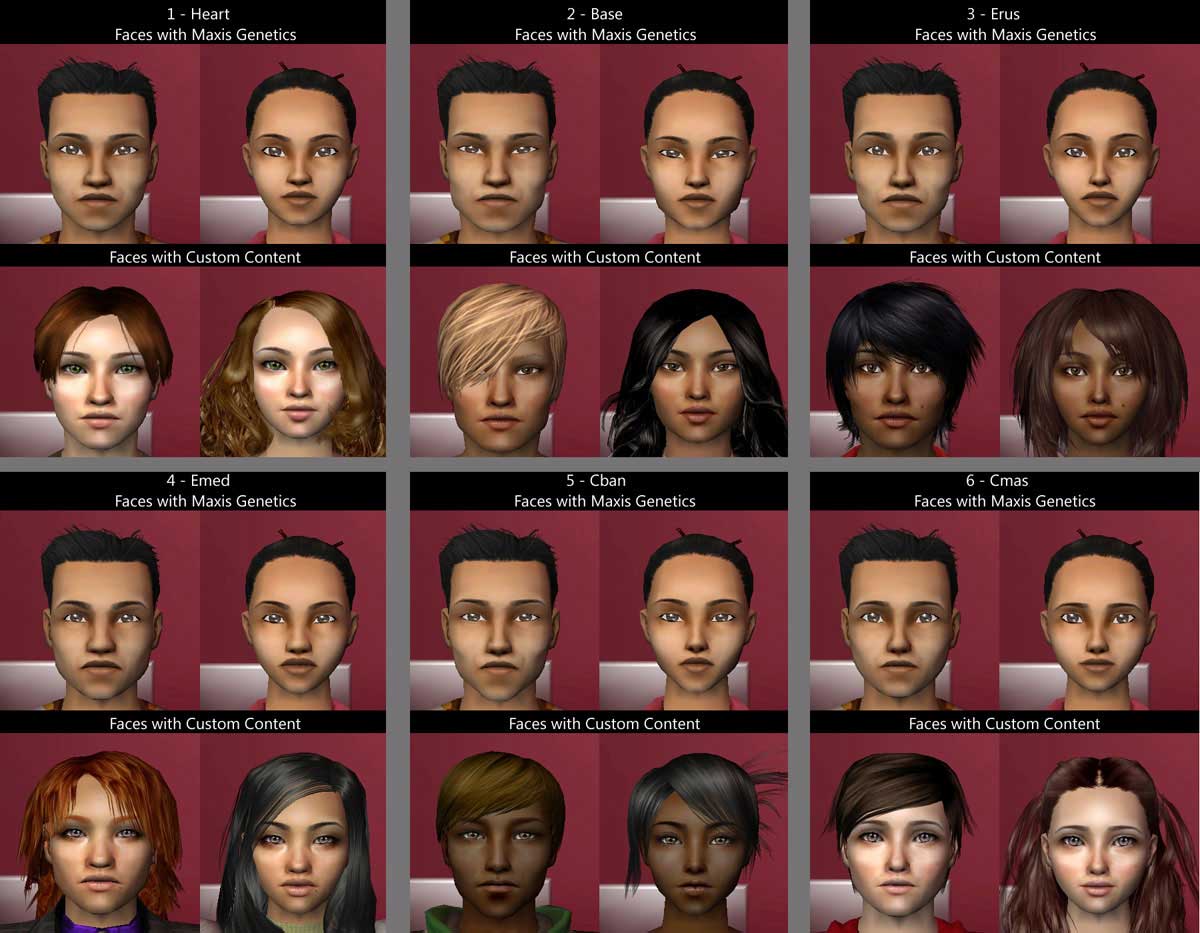 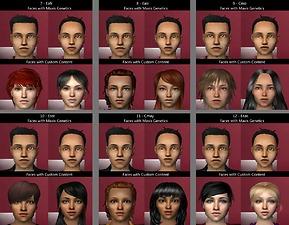 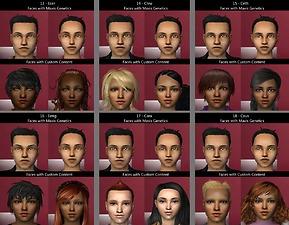 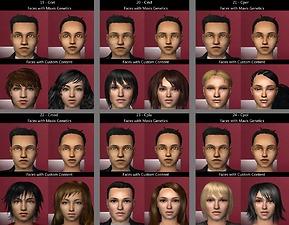 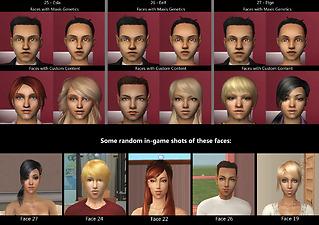 2,639 Thanks  Thanks     320 Favourited
This is a new mesh, and means that it's a brand new self contained object that usually does not require a specific Expansion pack (although this is possible depending on the type). It may have Recolours hosted on MTS - check below the description for more information.

NEW: I completed the borked Maxis faces #21 and #25 for all ages and uploaded them separately. Download the file "Selzi_March_2007_Fixed_Faces_21_25" AND the hack argon_archfix by Argon @ MATY if you want to add the age groups toddler, child, teen and elder to these faces!

This is a complete set of CAS face replacements which consists of 204 new faces in total. Maxis provides 27 base faces which can be seen in CAS and Bodyshop. When you create a sim you can choose the features from these 27 faces, and they're also used by the game to create townies and NPCs. New CAS faces replace these 27 base faces - that means you'll have different features to choose from when creating your sims, and your new townies and NPCs will look different.

By using these faces your existing sims will NOT change their looks. The changes will only be visible when new townies or NPCs are generated.

You will notice that my CAS faces have nothing to do with the original Maxis faces (except no. 26 - the elf, that face still has elfish features and pointy ears). My goal was making pretty faces so that my townies will look good and produce nice kids with my existing sims. If you prefer lots of variety in your game with very different looking townies you probably won't like my faces. ;-)

I created 8 faces per template - toddler, child, teen male, teen female, adult male, adult female, elder male and elder female. You can use each template by itself, but it is recommended to use all ages of a certain face. Otherwise those sims will totally change their looks when they age. ;-)

Please note that faces No. 21 and 25 only need two replacement files instead of eight (adult female and male only). Those two faces don't show up for any other age groups except adult, so there are no replacements needed for the other ages.

I took four pictures of every face - two per gender, one with only Maxis genetics and another one with random custom genetics. Those shots are supposed to illustrate what these faces can look like in your game. If you use default replacements skintones and eyes you might get the idea what your new townies and NPCs will look like. :-)

How to get rid of them:
- Simply delete them out of your Downloads folder.

Useful links:
If you want to make your own default replacement CAS faces you should check out these links:

If you're sick of the plain old Maxis townies and happen to be in the mood for a new neighborhood with new pretty townies you might want to use these tutorials:

My policy:
Just enjoy these faces in your game. If you don't like certain features feel free to modify them as you please. You don't need to give me any credit if you upload sims made with my templates - I'd be happy as hell, of course, but it's really not necessary. Please don't upload these faces unchanged to any other websites, especially not any paysites!