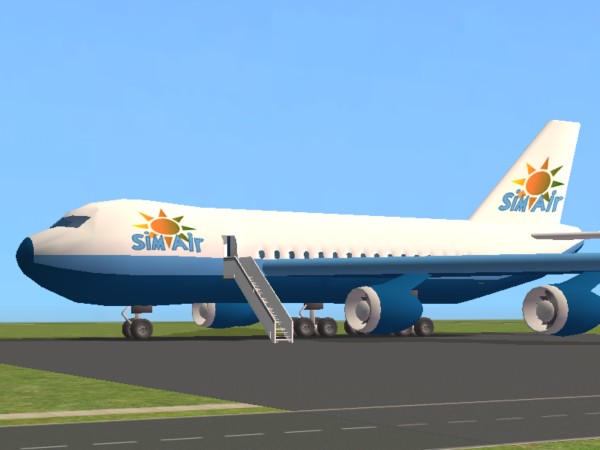 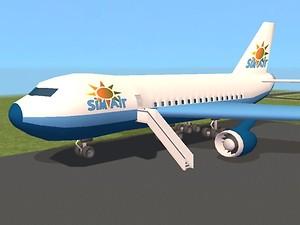 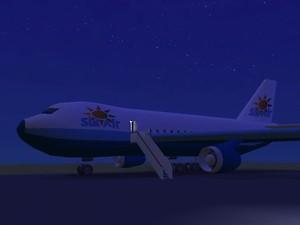 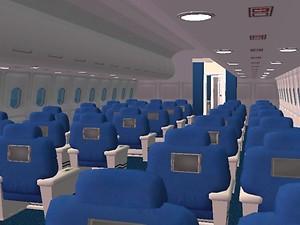 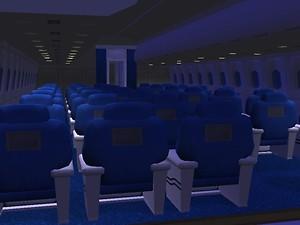 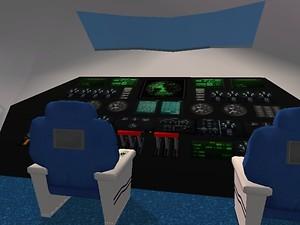 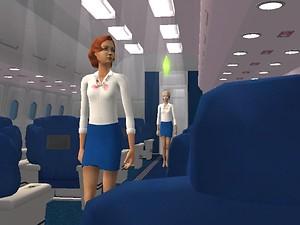 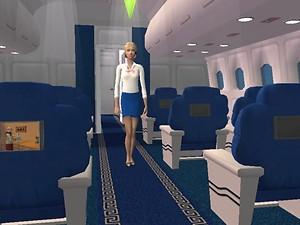 Hi everyone. Tonight I bring you an airplane that your sims can use. Not to actually fly, but to live in. It was requested by funney250 and Simbuilder8. The plane is fully built on the lot, but there are some extra bits in the in the construction kit pack, including a collection file for easier location in your downloads folder. Also I included a version that's compatible with expansions packs upto Seasons because it shows in the neighbourhood view, if it works in your game you might want to keep that instead of the basegame version which doesn't show up. You can use it for movies or as a living space for your sims, or as a community attraction such as a restaurant or nightclub. There is some issue with the lightning during the night, the lights are not strong enough like in a normal house. The plane was cloned from a statue, and technically speaking, the sims are outside. It will also snow, raind and hail on them if you have seasons. It is better to turn winter season off as it takes a while for the snow to melt. Well, hope you like it. Enjoy!

:. For crew uniforms, please check out this thread by lemontour.

Lot size: 5x5
Price: approx. 60.000 $imoleons
Created and tested for base game compatibility with Base Game Starter Pro by Numenor.

Credits:
I would like to thank Numenor for the Base Game Starter Pro and for teaching me a ingenious trick to make the plane clickable only on the wings so it doesn't interfere with the gameplay inside; Echo, whose awsome carpets I have cloned for the overhead luggage compartments and ceiling pieces; CycloneSue from TSR for the wonderful modular stairs tutorial; and Maxis for the great game and for putting in the dancecube which has helped me a lot with some of the measurements.

!!! In order to make the stairs work in your game, you need to put the file 2007_CrocobauraAirplaneModularStairs.txt in your Scriptorium_ModularStairs folder if you're using the Scriptorium or you need to copy the text inside it at the bottom of the modularstairs.txt file from this path:
C:\Program Files\EA GAMES\The Sims 2\TSData\Res\Catalog\Scripts