Shabby and Threadbare: Near-Complete Sets for your Historical Impoverished Sims 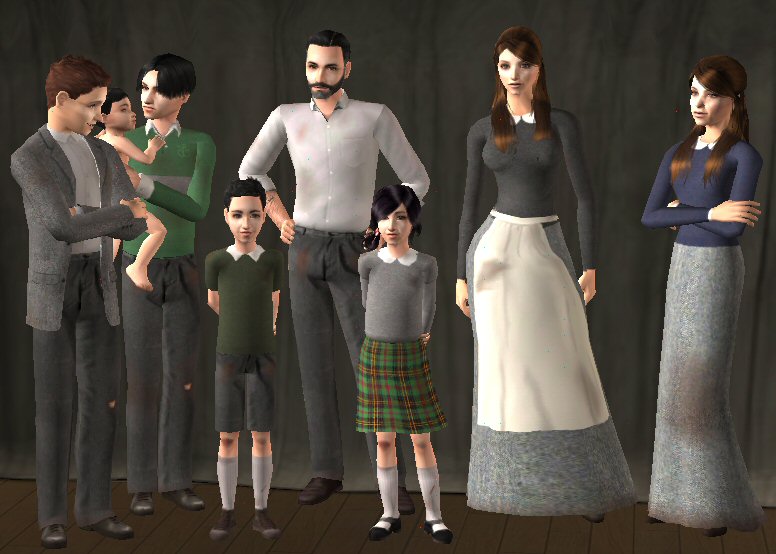 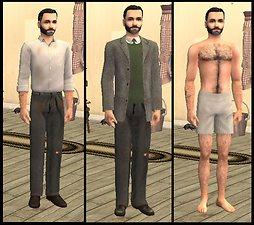 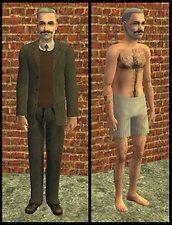 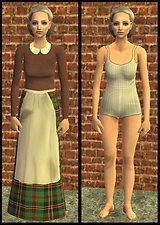 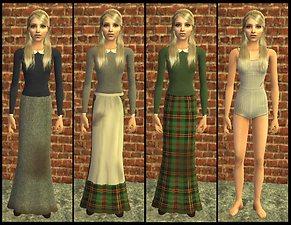 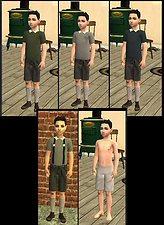 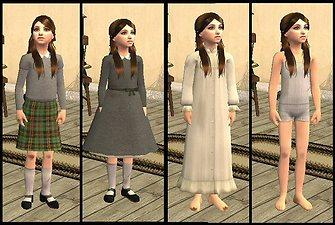 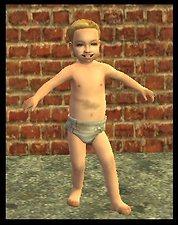 263 Thanks  Thanks     39 Favourited
This is a new mesh recolour, and means that you will need to download the particular mesh itself in order for this to show up in your game. See the Meshes Needed section or read the text for more information.
I made this set for a story. They have been made for characters that have been in my head for years, so I put a lot of thought into the style and detail. I think of the clothing as being Angela's Ashes-esque; that's really the best way I can describe it. The textures are mostly all wool and tweed, in dull colours, and they are nice and dirty, with holes and such. They are meant for use in the 1920s/1930s, but some of them will work okay for earlier than that, some as early as the Victorian Era.

I actually made these quite a while ago and have just never gotten around to uploading them until now, probably because of how personal they are, so I wasn't that eager to share them. I don't know how popular of a theme this is... I guess I'll find out. Also I'm sure I'll make some more stuff for my own use, so whether I upload them I don't know. Ideas are welcome too. Sometimes I'm void of them and I need inspiring.

Other things that I have made that I associate with this set (whether other people do or not, I don't know...) :P
- http://www.modthesims2.com/showthread.php?t=168411 (I use these for formalwear)
- I've made a ton of other tartans too, so you can also check those out
- http://www.modthesims2.com/showthread.php?t=163322 (You can't wear it, but they go there in these clothes) :P

toddler.zip; (1) file
-An old rag diaper for everyday, underwear, and pajamas. It will also cover the baby with a good amount of filth.

boy.zip; (5) files
-Four different colours of sweaters (one with suspenders) and short pants for everyday, with select ones also as outerwear.
-A pair of dingy shorts for underwear, pajamas, and swimwear.

girl.zip; (4) files
-A grey sweater, tartan skirt, and stockings for everyday.
-A grey dress with a green ribbon (need mesh by HystericalParoxysm), for everyday and outerwear.
-An old nightgown (requires Family Fun Stuff)
-Some dingy underwear, also as pajamas and swimwear.

teen girl.zip; (4) files
-Three wool sweaters paired with either a tweed or tartan skirt (one with an apron). They are all for everyday, the two without the apron are outerwear, and the one with the apron is also athleticwear.
-One dingy cotton underwear set, modeled after the teen 20s/30s cotton underwear from All About Style. It also functions as pajamas and swimwear.

man.zip; (3) files
-A patched tweed jacket over a sweater for everyday, outerwear, and formalwear.
-An old chambray shirt with rolled up sleeves and trousers for everyday and athleticwear.
-Shorts (same as boys and teen boys) for underwear, pajamas, and swimwear.

woman-d.zip; (3) files (need Warlokk 34D-38 base meshes)
-Two sweaters and skirts for everyday and outerwear, one with an apron also for athleticwear.
-Underwear set also for pajamas and swimwear (same as teen girls).

old man.zip; (2) files
-One tweed jacket over a sweater for everyday, outerwear, and athleticwear.
-Old Shorts (same as the rest).

old woman.zip; (2) files
-One sweater and skirt with apron for everyday, outerwear, and athleticwear.
-One underwear set (same as the rest).


These recolours may or may not be endorsed by penguiny7.