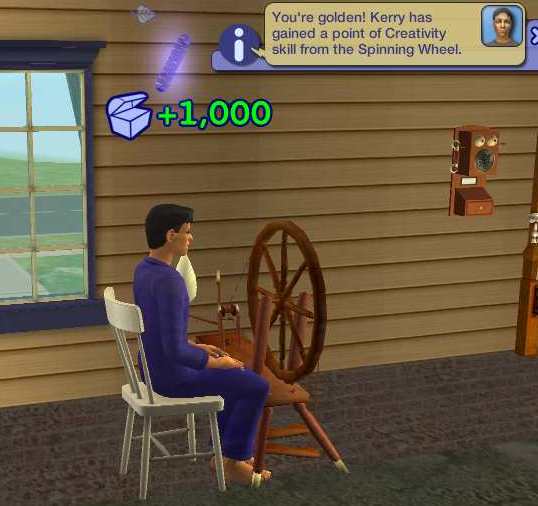 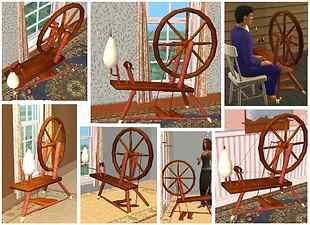 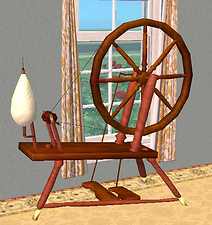 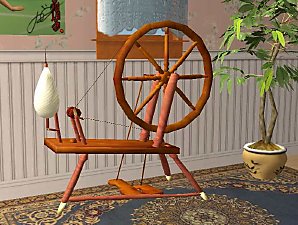 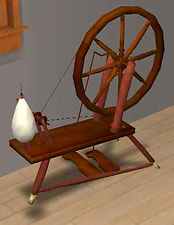 6,210 Downloads 1,077 Thanks  Thanks 110 Favourited 62,084 Views
Picked Upload!   This is a picked upload! It showcases some of the best talent and creativity available on MTS and in the community.
This download is part of the Fairytale Creator Challenge 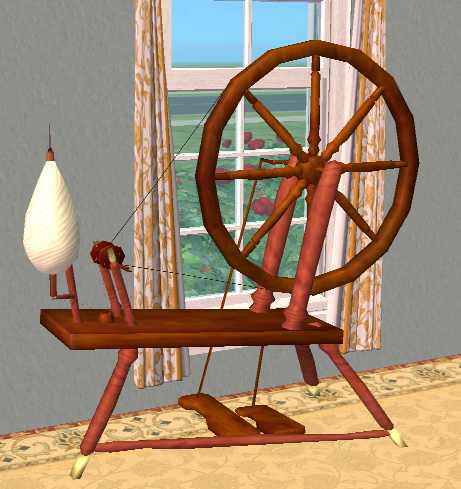 Once upon a time there was a miller who was called before his king. Being a proud and boastful man, he wanted to puff himself up to seem important, so he boasted to the king that his daughter could spin straw into gold.

He really should have foreseen what happened next. Of _course_ the king wanted to see for himself! What royal treasury doesn't need a fresh infusion of gold now and again? The king ordered the miller's daughter locked into a room filled with straw, and commanded that if it wasn't all spun into gold by morning, the girl would die.

The girl sat there crying her eyes out for awhile. Naturally she hadn't the first idea how to even start. Suddenly, there in the room with her was an ugly little man. *poof*

He offered her a deal. He'd spin all that straw into gold for her in exchange for her gold necklace. She was a practical sort -- she took the deal. Imagine the king's surprise the next morning, especially after he'd had time to realize that the miller _had_ to be lying. Otherwise the man would've been supremely rich, and he wasn't. (You'd be rich too if you had a daughter that could spin straw into gold. Think of the profit margin!)

Well, with all that gold to tempt him, and smelling a rat, the king ordered her to spin a second roomful the next night. The little man accepted her ring in exchange. The third night though, she had a problem. No more jewelry.

This is where the little fellow bargained for what he was really after: the king's first-born child. The girl couldn't think of a way out of her dilemma except to agree that her first child would belong to the ugly little man, never dreaming of what was to ensure. Gold spun. King delighted. So delighted in fact, that he decided to keep her. They were married at once. Her feelings about the matter were not recorded.

To make a long story slightly shorter, the kid was born, and up pops the ugly little man, demanding his prize. The girl talks him into a new deal. If she can guess his name in three days she keeps her son, and he goes away. On the third day she correctly told him his name was Rumplestiltskin. He was so mad, he tore himself in two.

This version of the spinning wheel is decorative only. It _should_ be completely base game compatible. I did test it briefly, but I am having severe computer issues, so the testing was brief. It is cloned from a sculpture, and is found under decorative - sculptures in the catalog. Price is 300 simoleans.

I'm working on a skilling version of the wheel, but for it to work the way I want it to, I had to study a few tutorials first, and I ran out of time. This was complicated by my computer's decision to choose now to act up. It's been complaining for awhile that it was tired, and ready to be put out to pasture. I guess it got impatient. However, this left me with the choice to post only the decorative version, or skip the contest. I'll continue working on the working model.

You can see from this picture that I was making good progress. It worked, just not as I wanted it to. I hope you enjoy this old looking wheel, and kep checking back for the fully working model. 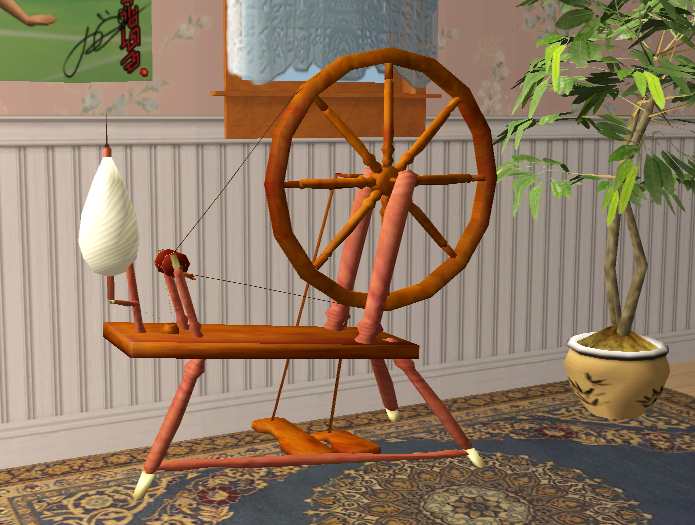 I'm sorry, I know that's high, but it didn't look right with less.

I've fixed the problem with the shadow. Thanks to Raynuss bringing the problem to my attention. PLEASE redownload the package.


Additional Credits:
Numenor, for his beginner's tutorials, which got me started awhile ago.
Echo, for Bhavs tutorials, and so much more
Tiggerypum, whose tutorials on clothing meshing greatly helped me learn Milkshape
The Feedback forum folks, who helped improve the mesh.
Jasana _Bugbreeder and the object creation workshop.
Many many other tutorial writers...

I learned everything I know about creating custom content right here at MTS2. Thanks Delphy.