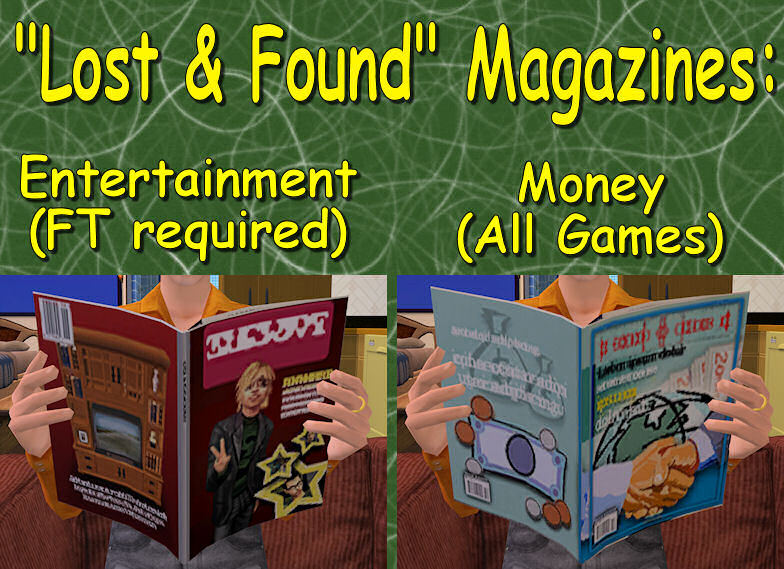 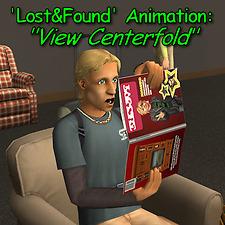 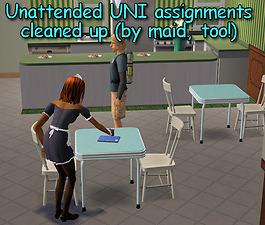 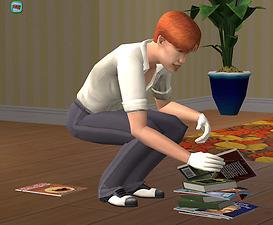 4,519 Thanks  Thanks     372 Favourited
This is a new mesh, and means that it's a brand new self contained object that usually does not require a specific Expansion pack (although this is possible depending on the type). It may have Recolours hosted on MTS - check below the description for more information.

29 JAN 2009 - BUGFIX
Fixed a bug that affected games with Seasons:
- the rack doesn't cause any more a "jump bug" whenever hovering the mouse over it;
- it's now possible to correctly study the extra subjects (charisma etc.) if there is a "Golden Bookcase" (SSN career reward) in the lot.
Thanks Amberkat for reporting.

Improvement: sims can read magazines at will, increasing their interest, without losing interest in other subjects (thus getting rid of the annoyance reported by MagicMoon here)

Tidy up your home! All those magazines that usually clog your house, covering tables and floor, have finally found a nice place to be stored into! 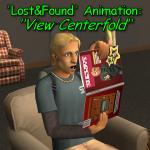 
GAME ADAPTIVITY - GAME COMPATIBILITY
The racks are compatible with any game (tested from base-game to Apartment Life). Depending on your game, some additional features may become available.
Note: Multiple racks - You can put as many racks as you want in your house, but they work as in real life: if you store a magazine into one rack, don't expect to find it in all the other racks!

On the other hand, the standard bookcase functions (reading books, studying books, custom novels) work like the Maxis bookcases: all the books are shared between all the bookcases (including the rack).

Note: Pie Menu - Most of the pie menu entries have been modified to make them consistent with the idea of "magazine" (e.g. Study/Parenting has become Browse Monthly Review/"Children: User Manual"

); I only speak English and Italian, and several users helped translating the menu into new languages, but some players might read the usual text.


INSTALLATION
In the attached rar you will find two Racks (horizontal and vertical), and a Magazine. All the three packages must be put in your Downloads folder.
NOTE: The Magazine is always required for the Racks to work; on the other hand, if you don't like one of the two racks, you can safely discard it.


RECOLOURING INSTRUCTIONS
You can recolour the racks by following two alternate methods.

CREDITS and ACKNOWLEDGEMENTS
The "vertical" rack is based on a mesh originally created by Boblishman for a different rack (working just as a normal bookcase) and posted here.
The horizontal meshes and the internal code were entirely made by myself.


MENU TRANSLATIONS
Languages currently included in the racks (some languages don't have the exact magazine names, but it's not important):
- English (by Numenor) - Italian (by Numenor) - German (by Frizelbliz) - Spanish (by Man1968) - Swedish (by Stimy) - French (by SeasonPink) - Polish (by domilika) - Urdu-Romanised (in the Hindi language) (by ieta_cassiopeia) - Japanese (by mijiki-kun) - Norwegian (by Annapast) - Portuguese (by Ocorreia) - Brazilian (by DaniloFTS and Larissamenezes) - Thai (by The T) - Russian (by Shoukeir).

Thanks a lot to anyone provided the translations! By now, I don't plan to add more languages.

There are 3 recolours of this mesh on MTS:


These recolours may or may not be endorsed by Numenor.