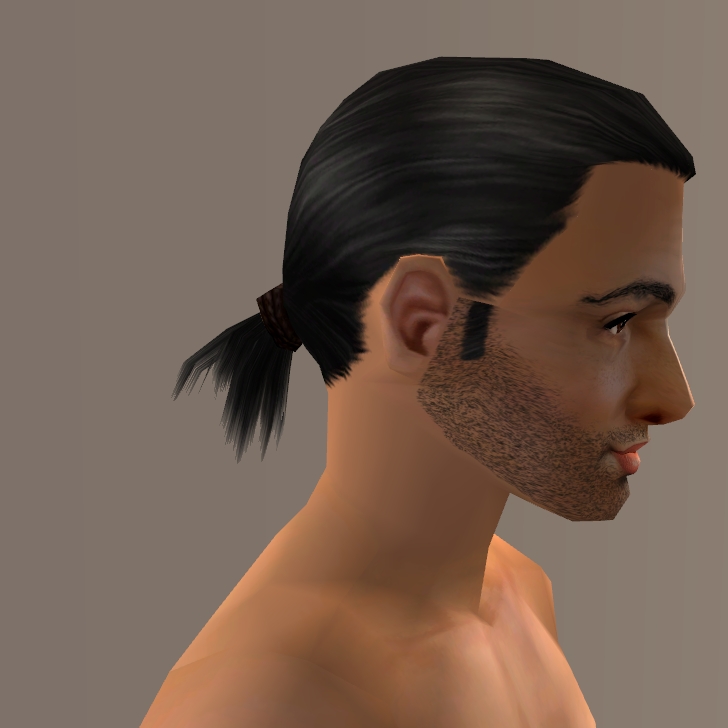 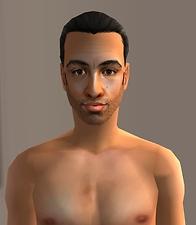 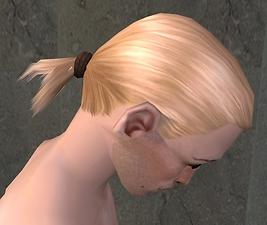 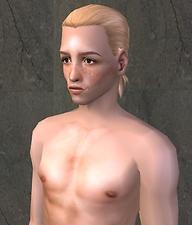 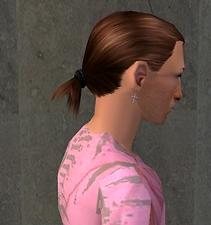 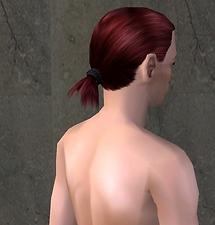 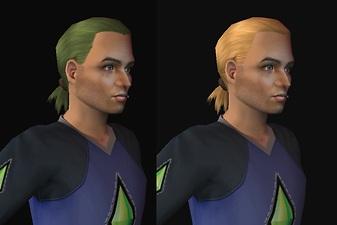 2,160 Thanks  Thanks     136 Favourited
This is a new mesh recolour, and means that you will need to download the particular mesh itself in order for this to show up in your game. See the Meshes Needed section or read the text for more information.

Picked Upload! This is a picked upload! It showcases some of the best talent and creativity available on MTS and in the community.
This is an alpha edit of Nouk’s long ponytail for men. I was put off from downloading this hairstyle for a long time because I couldn’t think how to use it. I mean, decent male hair is always welcome, and this was more than decent, but I just couldn’t think of any footballers (or anyone, really) with hair that long.

BUT, Nouk’s policy allows you to play about with her creations ad virtually infinitum, so – ta-dah! I gave it a haircut! All that remains of the original very long pony is a little bottle brush thing at the back. I wanted to keep the long fringy bits, but they turned out to be linked to the ponytail textures, so I had to get rid of them

Therefore you get a very short, sleek ponytail that your long-haired man might wear to, say, a wedding, or to present the Euro 2008 cup to the King of Spain. Very respectable. Almost.

I have sorted this hair into the correct colour categories and adapted it for the age groups Teen-Elder, as per the original. The bottle brush is still animated and will swish around when the Sim moves. There are four colours, plus grey; the blond, black and brown versions are Nouk’s original textures, but I had to recolour the red, which I expect is obvious because it looks rougher than the rest. It should pass muster if you squint, though.

Infinite thanks to Nouk for making this hair, and for letting people mod her work so much.

Blimey, I’ve not been in here for a while; let’s see if I can still remember how Sims 2 works...

People in the comments were saying the Elder version no longer works, so I’m reuploading the original file, which has all age groups Teen-Elder. I’ve also made two requested recolours, ginger and olive green. I don’t have any plans to convert this for Sims 3. The hair is by Nouk, not me, and her policy at present does not allow TS3 conversions. If anyone does do it, I would recommend you alter the mesh rather than alpha editing; there’s a huge amount of wasted file space.

I've just noticed that hat_plays_sims has created a huge number of natural recolours using Pooklet's textures, which you can find here. (It's a long post; ctrl + F "Cheryl" and you'll find them.) Meanwhile, Ove has made 23 fantasy colours; they are in this post and you can consult the list of colours here. Thanks very much to Hat and Ove for doing this.


These recolours may or may not be endorsed by Cheryl Mason.