Sims 3 Shop Halloween hair as afro *NOW WITH AM* 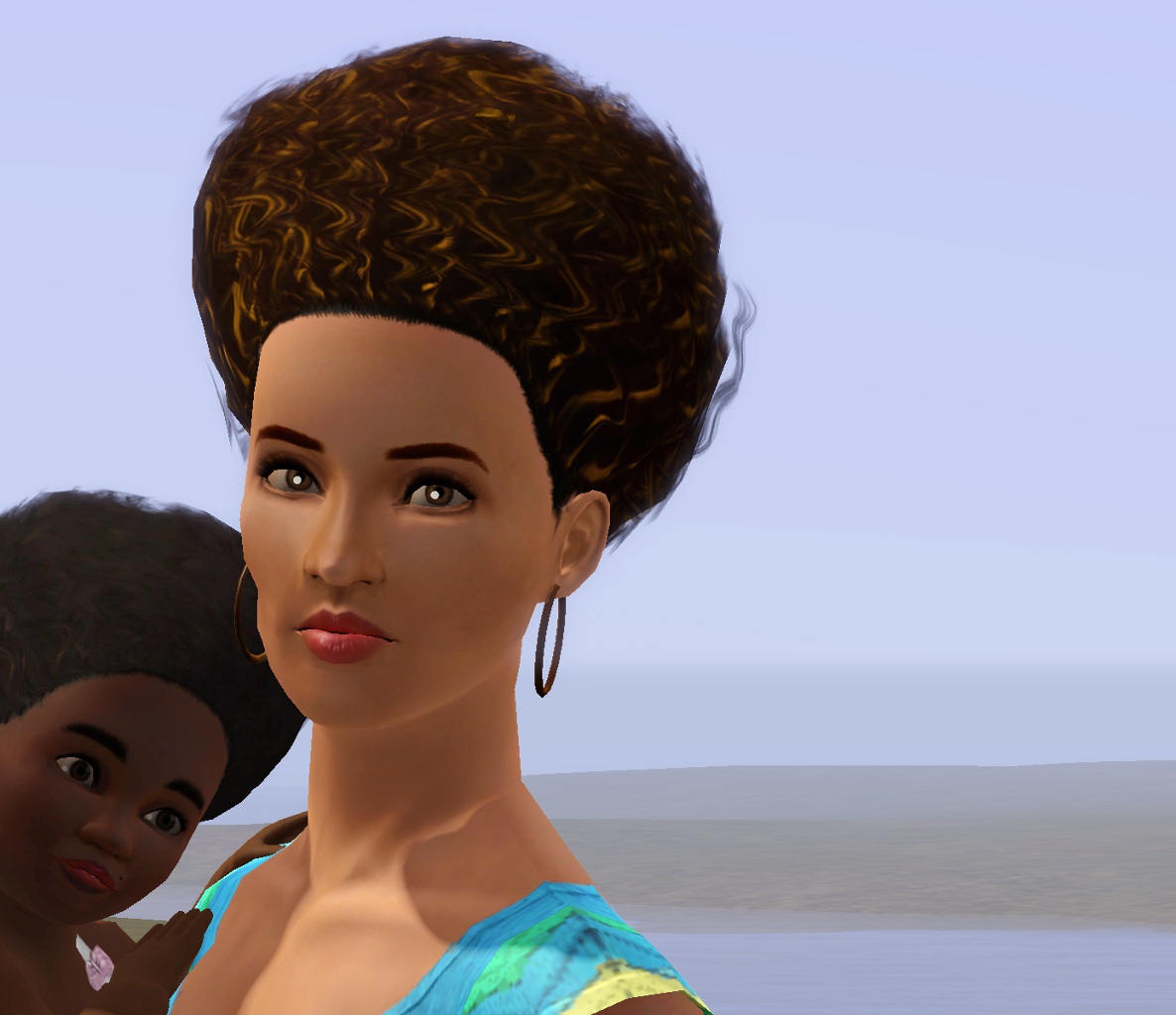 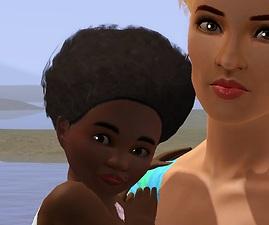 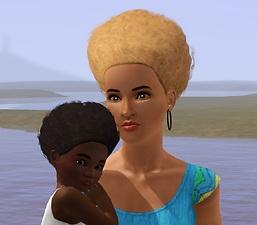 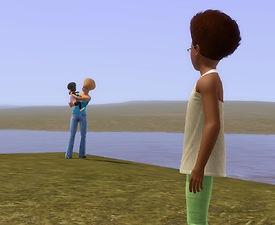 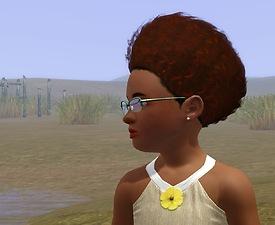 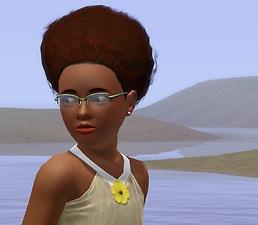 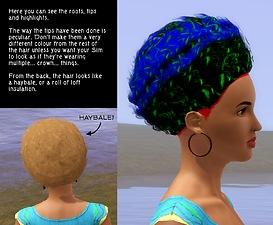 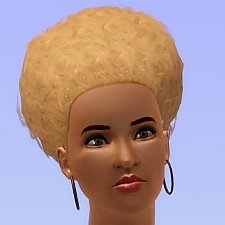 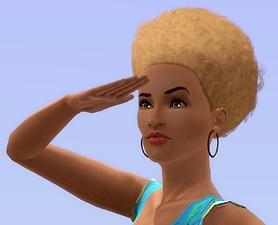 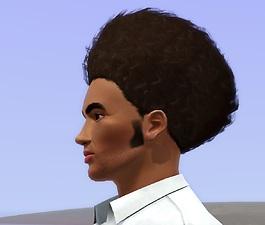 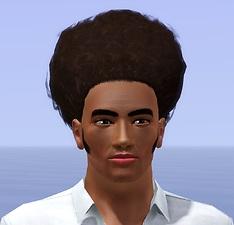 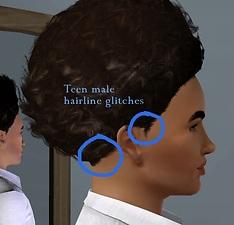 Created by Cheryl Mason
View all Downloads
Uploaded: 1st Aug 2011 at 10:38 PM
Updated: 7th Sep 2011 at 1:24 PM - Adding AM; fixing problems
This is the Sims 3 Shop "Moster Bride" (sic) hair converted into an afro. I admit the concept sounds ridiculous, but it works surprisingly well. The only thing making the original hair Halloween-y was the white wiggly thing down the side. This turned out to be an entirely separate part of the mesh, and removing it had the additional benefit of reducing the poly count from 4000 to 3000. The style still looked as if the Sim was walking into a strong gale, so I had to scale it down and reshape it, but that was reasonably straightforward. I also converted it for child and toddler, which necessitated several hours getting the scalp and face textures to line up properly. Other creators will know what I mean when I say this was probably the hardest part of the whole project.

Changes from the original:

1. Mesh resized and reshaped.
2. Small EA errors in mesh corrected.
3. White wiggly thing removed (and its textures removed from the diffuse, specular etc so as to reduce file size).
4. Scalp and face textures altered.
5. Converted for child and toddler.
6. Custom face and scalp textures made for child and toddler.
7. Control texture altered so the tips no longer look quite as odd. (They’re still pretty odd, mind.)

Problems:
1. I made a large dent in the side of the hair for the left ear to fit into. If the ears stick out a very large amount, this dent will be visible, and if they are close to the sides of the head they may clip the hair. I don’t think the issue is particularly noticeable, however.
2. You can sometimes see through the roots at the front, especially if the hair is a light colour. This was EA’s idea, not mine.
3. From the back it looks like a haybale, as illustrated in the screenshots. Also EA’s fault.
4. The tips look rather strange. I would recommend you don’t make a significantly different shade from the main colour or the effect will be really peculiar.

Also, the style is so tall that it won’t actually fit into the thumbnail. XP

I used the LOD0 as the LOD1 because the poly count is sort of relatively low and I was having trouble making the LOD1 look decent. I didn’t key this style to the Moster Bride hair because I don’t think many people will have it. I was going to key the child and toddler versions to the adult style, but since both of them have custom face and scalp textures this seemed pointless.

EDIT: Now with child and toddler unisex versions! Only keep one file of each - female OR unisex - or you will be wasting space in your Packages folder, as the unisex version replaces the female-only one in CAS.

OH MY GOD WHY DID NOBODY TELL ME THE AF HAIR HAD THE WRONG SCALP TEXTURE?! I have reuploaded it with the right one. PLEASE REDOWNLOAD! I think in future I’ll put a big warning on my posts saying “Please Tell Me If Anything Is Wrong”, since I seem to have a habit of doing this.

Also: adult male hair now ready to go! Poly counts are the same as AF. The age groups YA-Elder are perfectly all right and basically look much the same as the female version, though, as you can see, the style doesn’t work all that well with sideburns. The Teen scalp textures, however, are distorted and do not line up. This is NOT my fault (for once); EA have messed up the UV mapping on the teen male scalp. The last I heard, Bloom was working on a fix that would correct this issue; I very much hope he will, because I’m not at all impressed with EA’s work here.