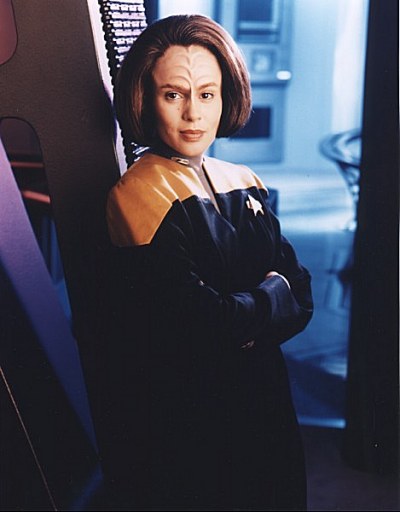 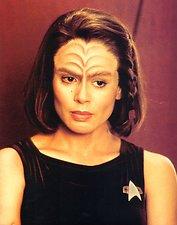 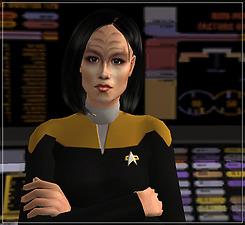 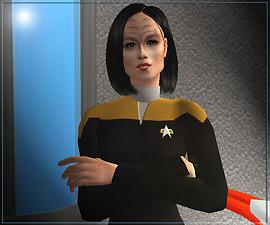 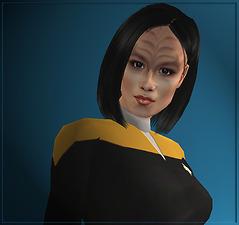 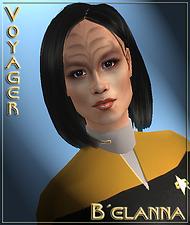 B'Elanna Torres was forced from a Maquis ship onto the U.S.S. Voyager NCC-74656 in 2371. She is a thin-skinned woman who hears criticism in friendly comments, doesn't trust anyone who likes her, doesn't respect anyone unless they've proven themselves to her, and has a bad temper that's often expressed in physical violence. As a half-human, half-Klingon who respects neither culture, Torres is warring with everyone, including herself. However, since she's also a brilliant engineer, honest and loyal, she's an asset to any starship. After re-watching the Voyager series again, I've developed a whole new appreciation for it's marvelous characters, and I had to try my hand in recreating one of my favorites. I hope you'll have fun with B'Elanna in your game

Hair is by Peggy, edited by joshmorrow, you can get it here. Uniform by Nixnivis. Big thanks to jasonduskey for the lovely recreation of the Starship Voyager Additional Credits:
Thank you all creators and MTS2.
Other Information