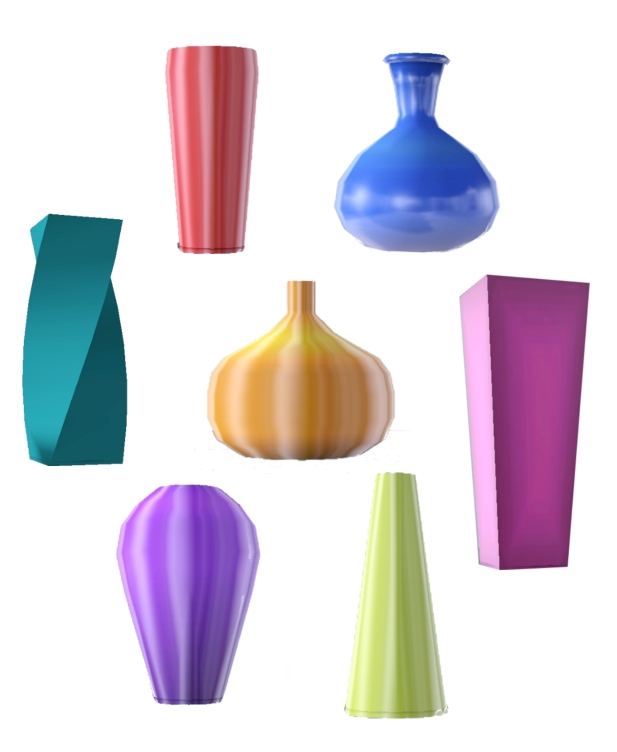 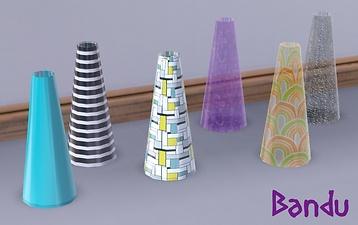 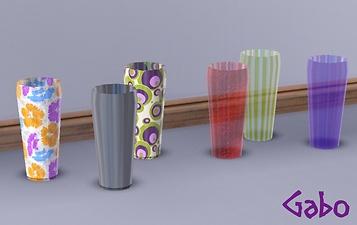 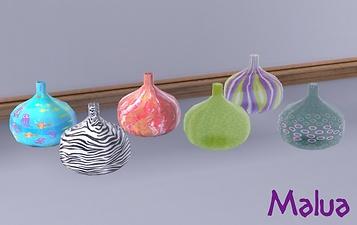 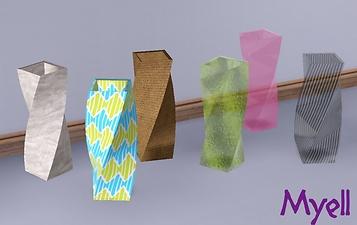 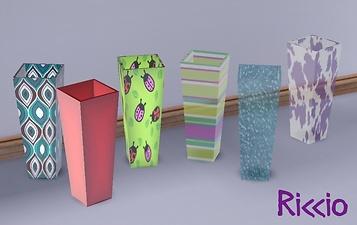 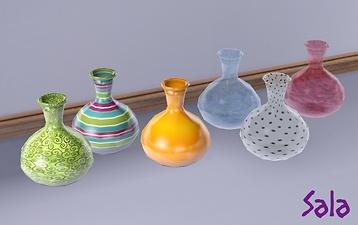 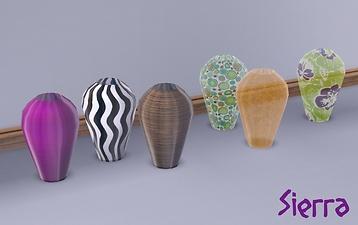 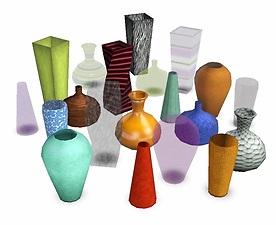 Created by Killc*a
View all Downloads
Uploaded: 6th Nov 2009 at 12:42 AM
Updated: 29th Jan 2012 at 8:28 PM - Updated for Pets/Patch1.26 + new Presets
UPDATE for Pets + Presets: The vases were fixed to work with patch 1.26 (came with Pets) or later. I also added some presets, so the vases aren't all white anymore (thanks to Inge's Texture Tweaker). The solid vases now have two options: The first preset makes all patterns shiny (for shiny geometric patterns) and the second preset is only shiny if the pattern is metal or likewise (for more versatility). They will replace the old versions of the vases. 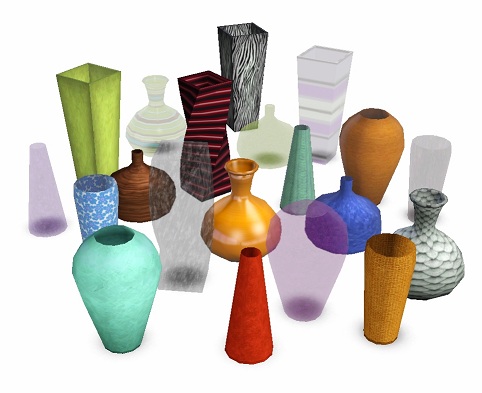 UPDATE: A lot of object made problem since patch 1.6 /World Adventures, so I fixed my objects with Delphy's BlueLotObjectFixer. Please redownload! The names are the same as the names of the old ones, so the old files will be replaced. Vases already placed the vases in a house will stay.

This is a set of 7 different vase meshes for you! Each shape comes in a glass and a solid version and all of them are recolourable!

You can find them in buy mode under Decorative -> Miscellaneous. The vases costs 22§ each.

They are a bit shiny, except the solid version of "Myell" (didn't look good on this). You can use a lot of different patterns on them. Look at the pictures for ideas and be creative yourself!

The .rar-files are named like the pictures, so you can easily choose the ones you want. 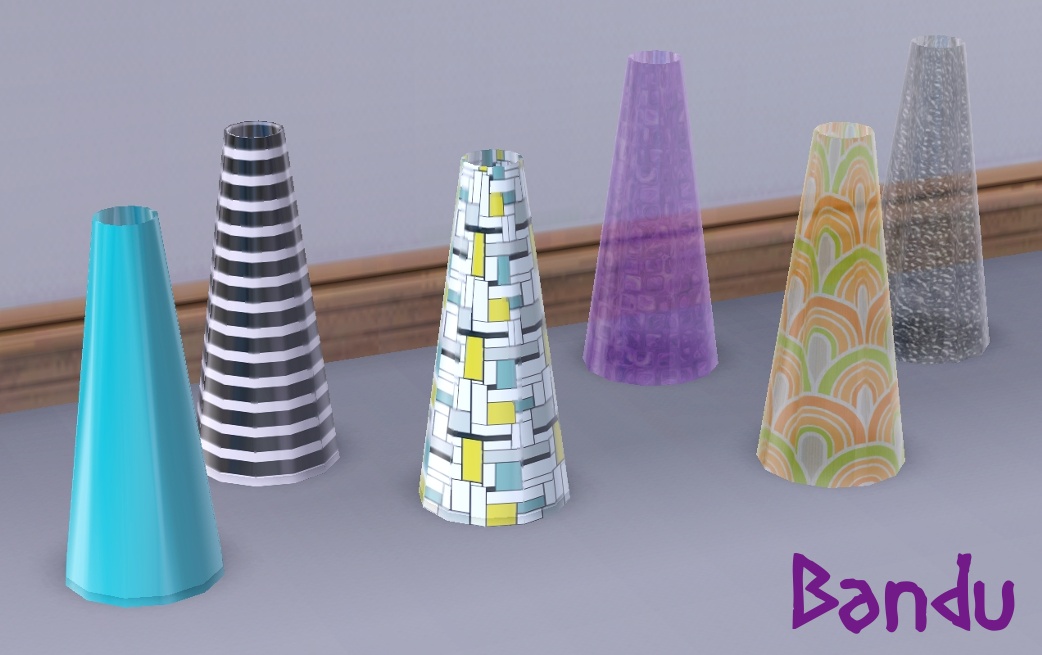 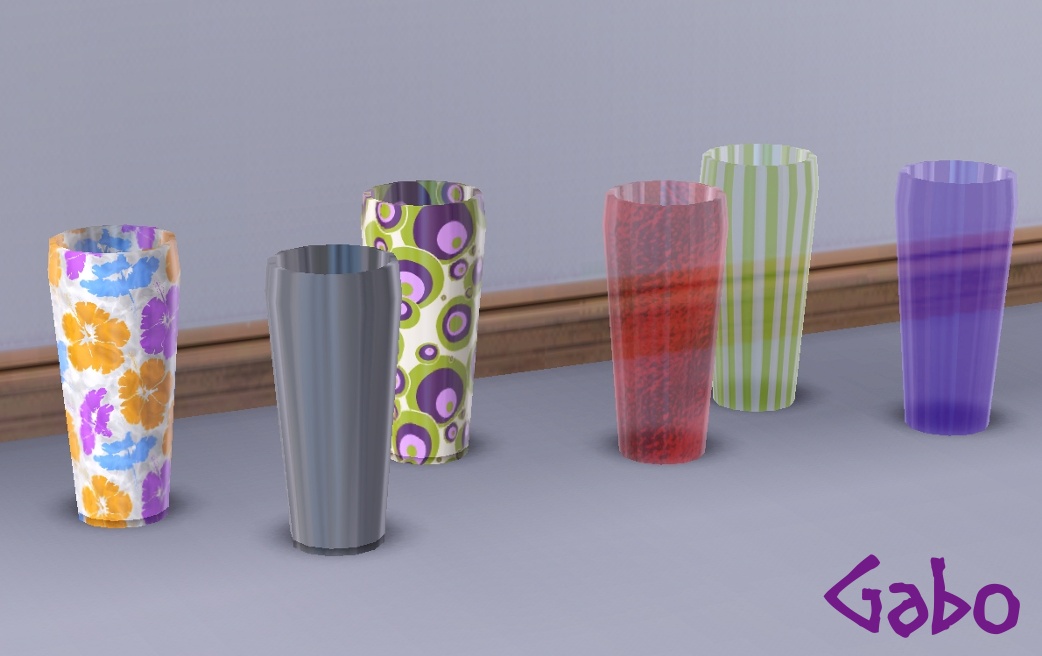 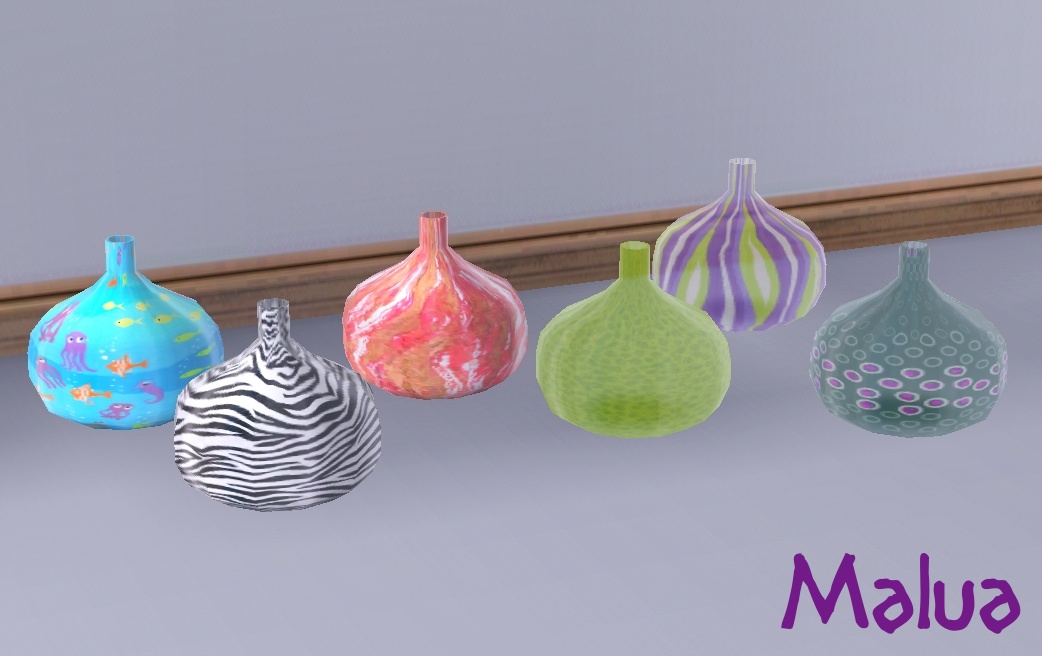 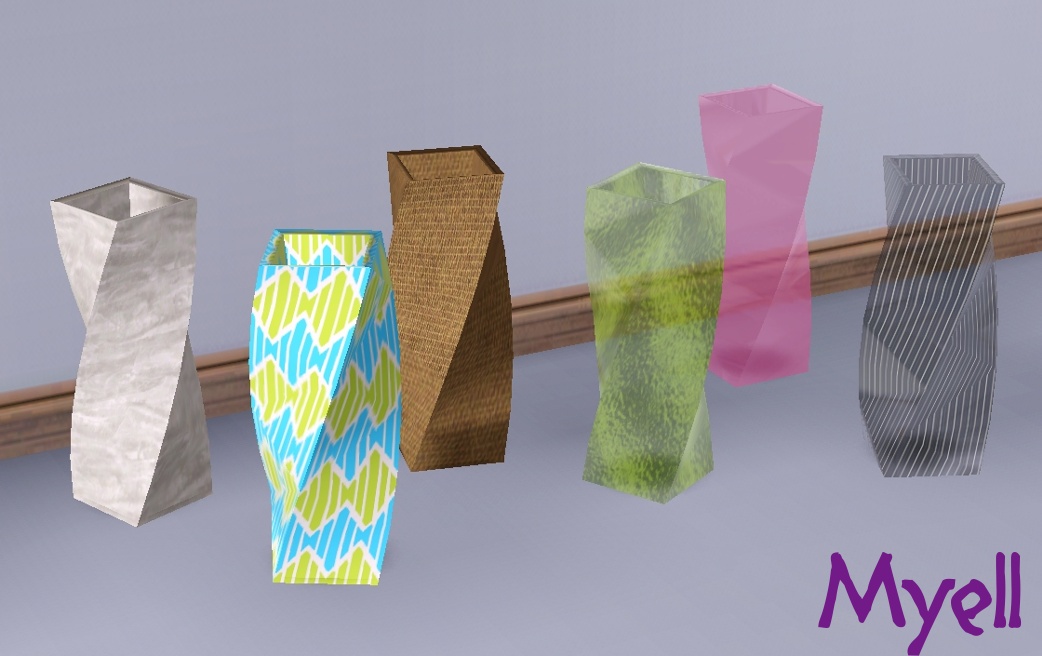 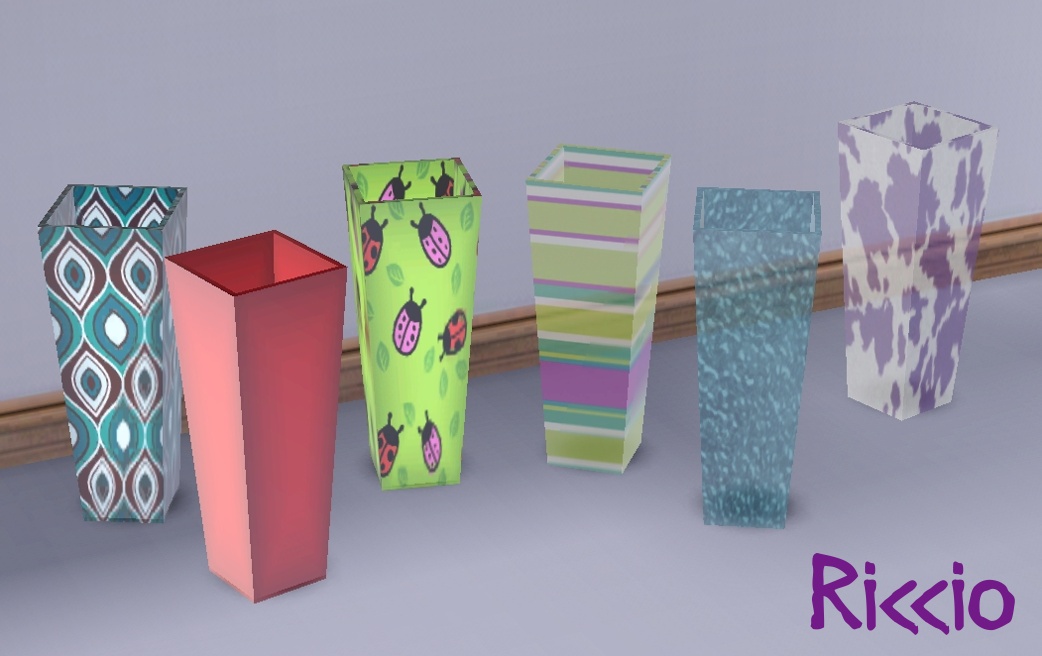 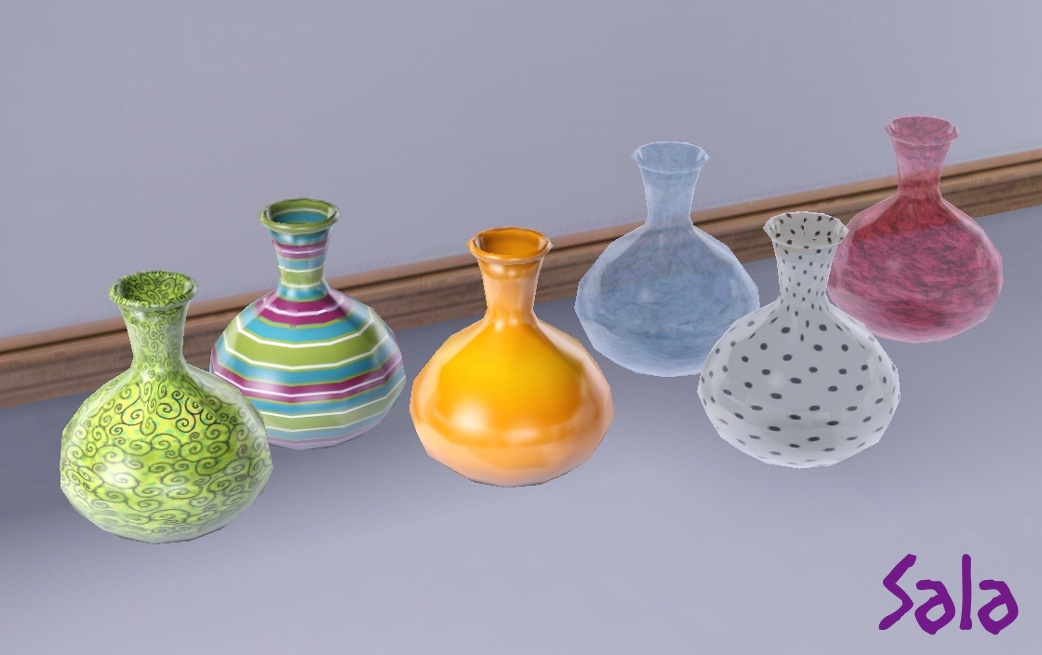 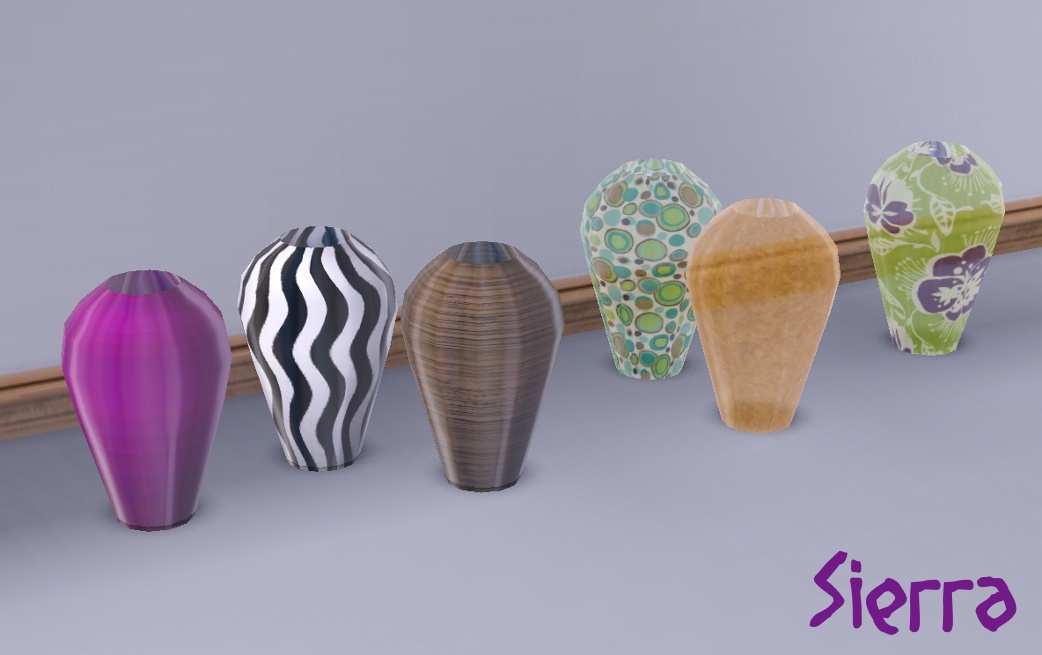 In the pictures you see recolors I made ingame, by default the vases have a white color:

They also have nice sun shadows, so they look good if placed outside.
You can also see here that the vases are rather small, you can place a lot of them on a table.

(To place this flower vase inside my vase, I used moveobjects and a second table


Patterns used in the pictures either came with the game or are by me:
Retro and Kids Patterns
Mixed Patterns (I especially recommend my glass pattern

Additional Credits:
A lot of thanks to Wes, OM and all the other people on the meshing forum here.
And to everybody who wrote a tutorial about objects for Sims 3.
And to the people who made the tools, of course.