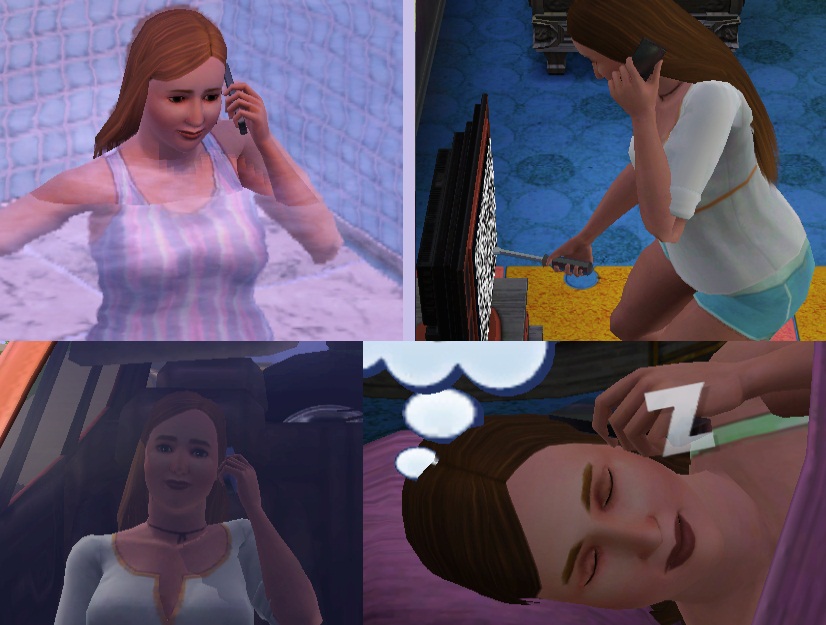 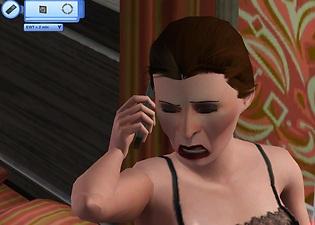 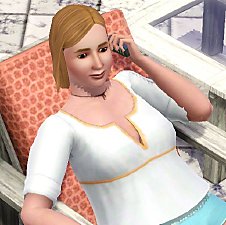 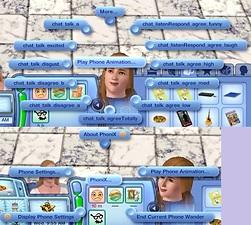 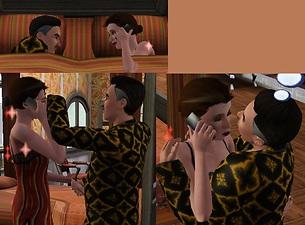 408 Thanks  Thanks     62 Favourited
This phone pose mod is very versatile, as it can not only play all animations used by phones in the game, but it can also be used as an overlay for just about every other animation in the game. When held with the left hand, the sim can do ANYTHING AND EVERYTHING and they will still continue to hold the handset to their head unless a higher priority animation overpowers the pose, in which case it be restored by commanding the sim to perform another phone animation. And I have read that Decorgal refused to release her own phone pose mod to the community for some bizarre reason, so there must be at least few machinima artists out there who’ve been itching to get the hands on a phone pose mod after watching Decorgal’s Adventures in Dating series.

What is this mod?

First try Delphy's Installer Monkey, a tool to help you install your custom content and ensure it works.

2. Resource.cfg
Make sure that this file is located in: Program Files/Electronic Arts/The Sims 3

3. Mods/Packages folder
UNZIP the file you downloaded and put the package file of this mod in Program Files/Electronic Arts/The Sims 3/Mods/Packages/


What does this mod do?
This mod adds an interaction to every phone in the game that allows a sim to animate either answering it or placing a call with it, and then hold the handset to their head indefinitely until you command them to animate hanging it up. While they are holding it indefinitely, you have the option of playing any of the animations that the phone. While they are holding the handset, you can have them perform other actions or animations and they will keep holding the handset to their head, creating many more machinima possibilities, especially if you have my Chaos Mod Painting with all of its animation playing interactions.

Interactions
The following interactions are added to every phone in the game and every handset upon being spawned by the code, in case you forget which phone you started from or you wander far from it and don’t want to have to keep losing your shot to line up more animations in the queue.
Current Bugs/Quirks
And that’s about it for this mod. Rather simple on the outside, but quite complex on the inside, especially due to the game’s beef with object’s slotted in a sim’s right hand. See above notes/rant for details on that, if you haven’t read it already.

See: Game Help:TS3 CC Basicswiki for a full guide!
Back to download view
27 Comments / Replies (Who?)