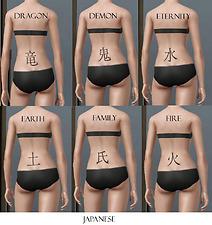 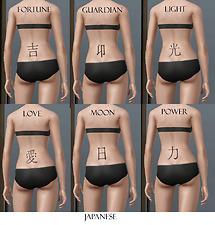 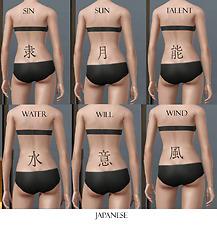 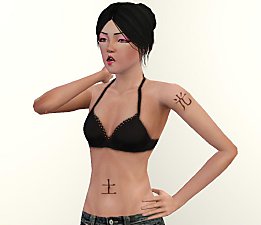 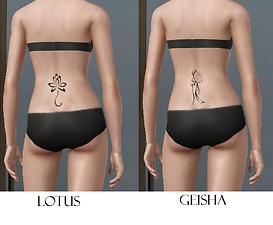 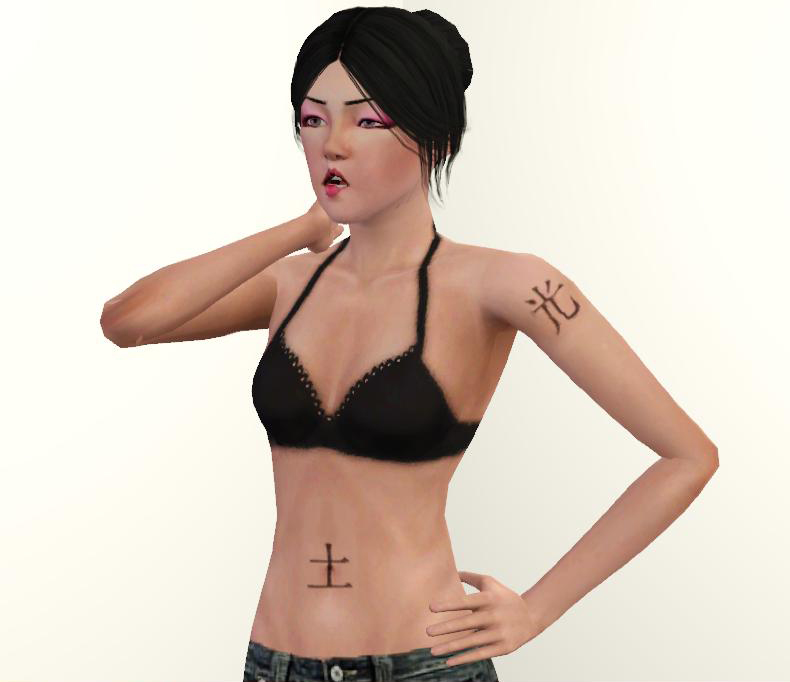 Asian symbols are always a classic tattoo choice, because they allow you to express a message in a more artistic way than words would. In fact, one of the first tattoos that I plan to get will be some sort of Han character.

There are two sets of tattoos: Chinese (Hànzì) and Japanese (Kanji) 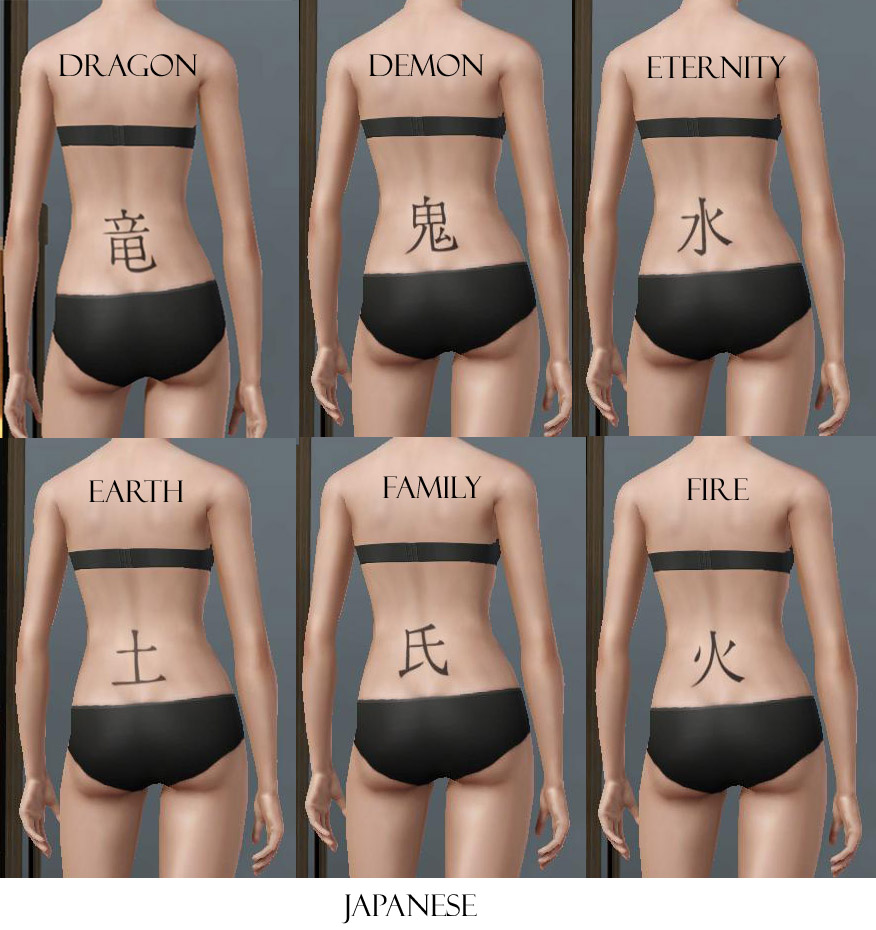 As a Thank You for being such an awesome Sim Community, I've included two bonus tattoos for your enjoyment.

All the tattoos have just one recolorable channel because they're so simple. They are found in the tattoo section that came with Ambitions.

Please note that custom tattoos will not show up with just the 1.12 Base Game patch. You MUST have Ambitions installed.

Known Issues:
Sometimes in the tattoo selector, the tattoo thumbnail will show up as all black. My theory is that when saving the dds texture I had the alpha channel visible (which is all black). Put emphasis on the word *theory* because I'm not sure if that's the cause. However, the tattoo still shows up just fine on the sim.

Additional Credits:
Lotus and Geisha Tattoo design from Tattootribes. This site is a collection of free tattoo images, so I assumed it would be alright to use them.

Hair by EA (store) from the Ultimate Career Bundle.

If you need more info, see:
Back to download view
32 Comments / Replies (Who?)