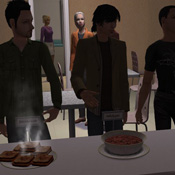 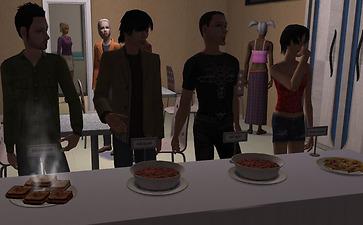 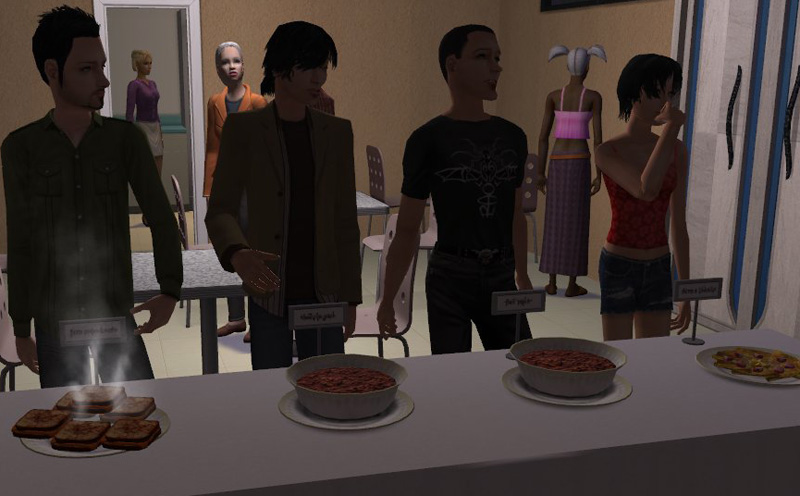 This mod modifies the "Sub - Banned Foods" BHAV from the Food Judging table. Basically, EAxis made a giant oversight when it came to custom drinks. The only GUID the BHAV "banned" was the fruit juice drink, which doesn't even have a group meal. I found out that EAxis had made a mistake when it came to the "original" GUID. Before this fix was made custom drinks were showing up in the "Make Food For Contest" menu under "*Menu - Food - Insert Name Here", it wasn't a giant problem before users realized that once a Playable or NPC placed a custom drink onto a food judging table, jump bugs (or errors for those of us who play in debug mode) would occur and wouldn't stop. The only solution at the time was to take out the custom drinks and play without them, or not enter contests at all.

This fix takes all of those problems away by adding the correct GUID to the "Banned Foods" sub. From my testing it appears that no sim has entered a custom drink into a contest. While playing an AnyGameStarter version with FanseeLamb's non-default drinks installed along with my mod, sims with no cooking skills whatsoever entered either gelatin or sandwiches. Which is safe to say that the mod is working correctly because they probably would have entered one of fansee's custom drinks and cause BFBVFS (well not really). This mod is essential if you want to download custom drinks like the following:

Additional Credits:
Numenor for the AnyGameStarter.

Policy:
I ask that you do not redistribute my homes/lots publicly without permission. Go ahead and share my stuff with your friends via e-mail/aim/PM/etc. HOWEVER, they are NOT allowed on paysites, including the free section of TSR. I don't care how proportionally free to pay, your site is. 99.9% free does not cut it... 100.00% free does. 100% NO EXCHANGE, though. You may include my objects/etc. in your uploads, but with proper credit (link/name will suffice). Credit is not necessary for taking pictures with my objects/things/etc, although a little exposure is nice once in a while; however, if I do get to uploading sims, you must credit who my sim is, if you choose to use them as a model for your objects/clothes/etc. Feel free to improve my stuff; but if you do choose to improve or change-up my stuff, please tell me, I'd love to see what you did!

Conversions:
Feel free to convert anything I make across all of the game platforms. You're a wizard if you can convert those things to Sims 1. :p Just leave credit where it's due.

Requests?
Fire away, however, this does not mean they will be fufilled. I find myself jumping from project to project. This is a fair warning.