Yet Even More Default Eye Replacements. 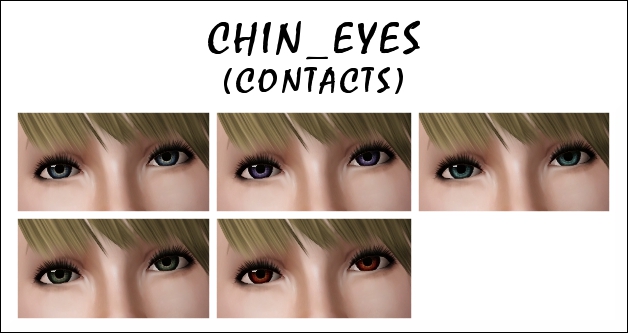 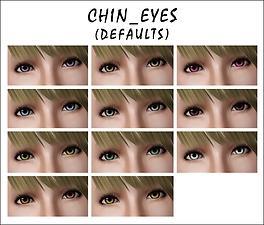 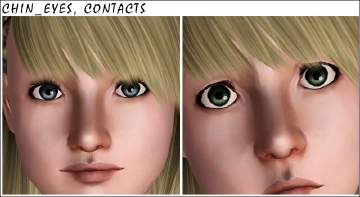 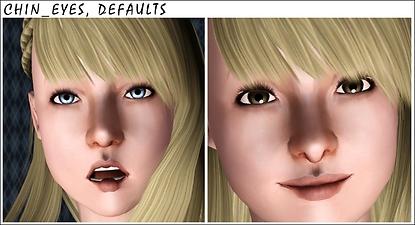 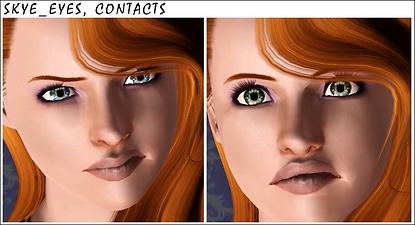 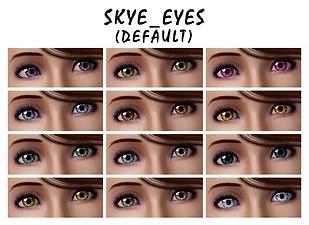 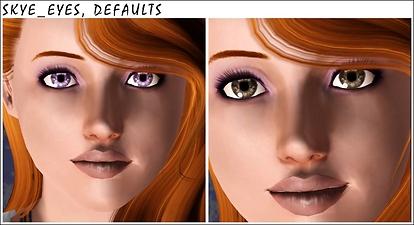 339 Thanks  Thanks     49 Favourited
Long story short, I was tired of using the same default eyes for over a year. So I decided to try my hand at making some defaults again and included some non-default/contact versions of the defaults.

To keep up with my horrific naming techniques, these also have some... odd names. But you can't say they're not unique, right?


The first set is called Chin_Eyes, because I like chinchillas. Yes. The contact version is under the costume makeup section and should be usable for all ages and both genders, if I didn't screw something up. There are three color channels, in the form of rings around the pupil, around the middle of the eye, then around the outer edge. However, due to the shading of the texture around the outer edge, that channel does not recolor well. It is slightly noticeable, but it doesn't do too much. The second set is called Skye_Eyes, because my bird is named Sky and the first eyes I tested these on were a sky blue color. Yeah.

Honestly, I didn't like these too much when I first saw them (I prefer simpler eyes like the Chin_Eyes), but each time I see them, they continue to grow on me. I included them in case others would like them as well. As for the contact version, they are also found in the costume makeup section and should also be usable by all ages and both genders as long as I didn't mess it up later on. There are three color channels, also in the form of rings around the eye, and there isn't as much of an issue with the outer ring channel as there isn't as much shading around it. The contact versions of both Chin_Eyes and Skye_Eyes have custom thumbnails. The username on the thumbnail and on the filenames is "soledestiny". That's the name I prefer to go by, even though it's not my name here (yet anyway... if my username change request is accepted). Plus shadowwolf5889 didn't fit too well on the thumbnail. Sorry if that causes any confusion.

I'm pretty sure I checked everything thoroughly to make sure things were set up right. This is the first time I've really done and submitted contacts, so hopefully they are all right. Please let me know if there's a problem and I'll try to fix it.

As for the redheaded model: Hair by TumTum Simiolino, Eyeshadow by Lady Frontbum, Eyeliner by Papercat, Lipstick by The Sims World.

As for the blonde model: Hair by Anubis, Eyeshadow by Lady Frontbum, Eyeliner and lipstick by Papercat.

If you need more info, see:
Back to download view
19 Comments / Replies (Who?)