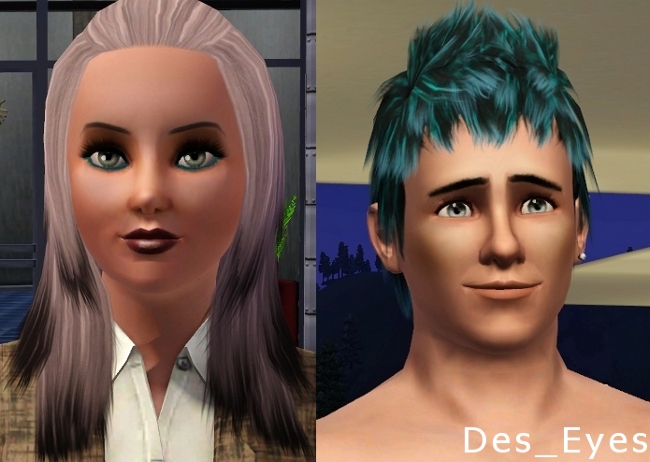 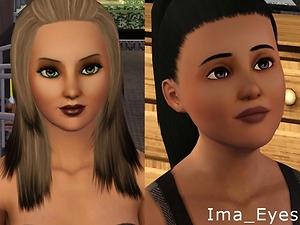 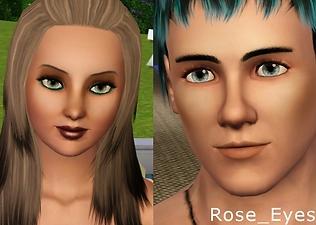 Created by shadowwolf5889
View Policy / About Me View all Downloads
Uploaded: 12th Jul 2009 at 7:41 PM
This is my first attempt at making any Sims item for any game.

These are some default eye replacements I've been playing with the past few days, and I figured it would be best to upload them in the same post instead of individually. Excuse the names of the eyes; I'm not very creative and they have nothing to do with anything, really. If these eyes look similar to any other replacements, I apologize. If you think they do, it wasn't my intention for them to. I was just playing around and they came out like this.

Des_Eyes was my first (successful) attempt at making replacements.

Ima_Eyes is basically the same thing as Des_Eyes, but I played with it some more and changed the contrast.

Rose_Eyes was just me messing around. I'll be honest when I say that I didn't spend much time on them, but I still like how they came out.

Place the file in (or the equivalent of wherever your game is installed): C:\Program Files\Electronic Arts\The Sims 3\Mods\Packages

Remember that you can only use one default eye replacement, and they will replace the EA originals (until you remove the file).

Additional Credits:
Aikea_Guinea for the tutorial. Thanks for that, 'cause I'd never know how to do this on my own.

Not much to say about me in particular.

Please don't edit my creations without my permission, or upload them anywhere else. I doubt you would want to in the first place :P

Sorry for any late replies or no replies to something, if anyone tries to reach me here... I don't come to MTS all that often anymore.


You can also see some other TS3 creations I've made (a few eyes and some lipsticks) by clicking on my homepage link. I might eventually post those things here on MTS once I quit being lazy.