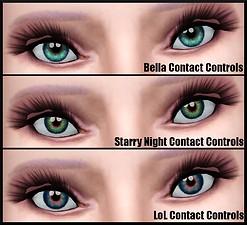 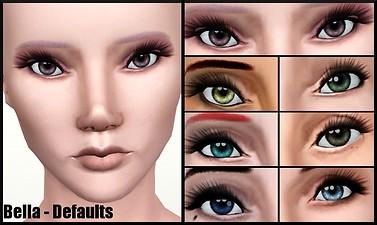 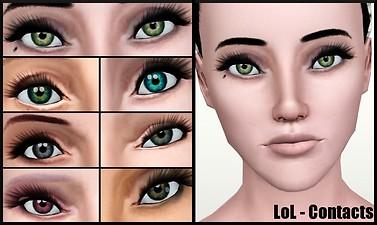 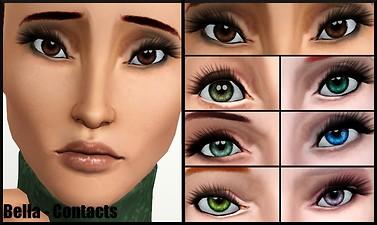 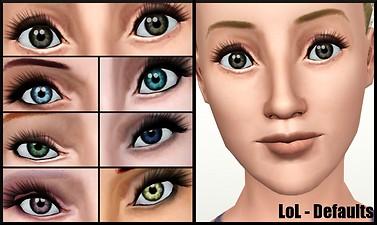 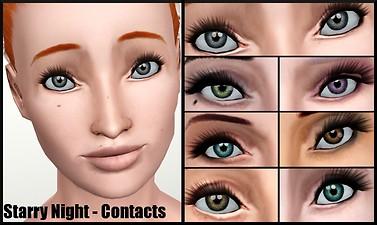 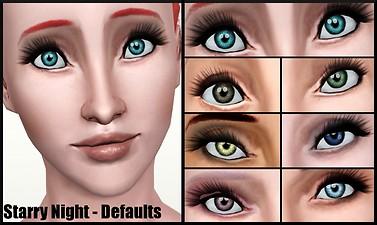 588 Thanks  Thanks     121 Favourited
So... here are three more sets of eyes, with default and contact versions of each eye.

All default eye replacements are obviously for male and female, toddler through elder.

All contacts are also for male and female, toddler through elder. All contacts have four color channels. Three channels are in the iris and the fourth channel is for the sclera/eye whites. You can see examples of the contacts in the extra images attached.

I also included an image to try and show the color channels for the contacts. On the LoL and Bella eyes, the channels in the iris were made to sort of blend together. So it might be hard to pick out the different channels in those particular eyes.

For the thumbnails image, the LoL thumbnail was taken using the HQ mod, but the other two thumbnails (and all other attached images) were taken without that mod.


Bella Eyes:
Named after my brother's puppy. When I originally made the texture, I was looking after her (puppies and toddlers don't mix well, apparently). 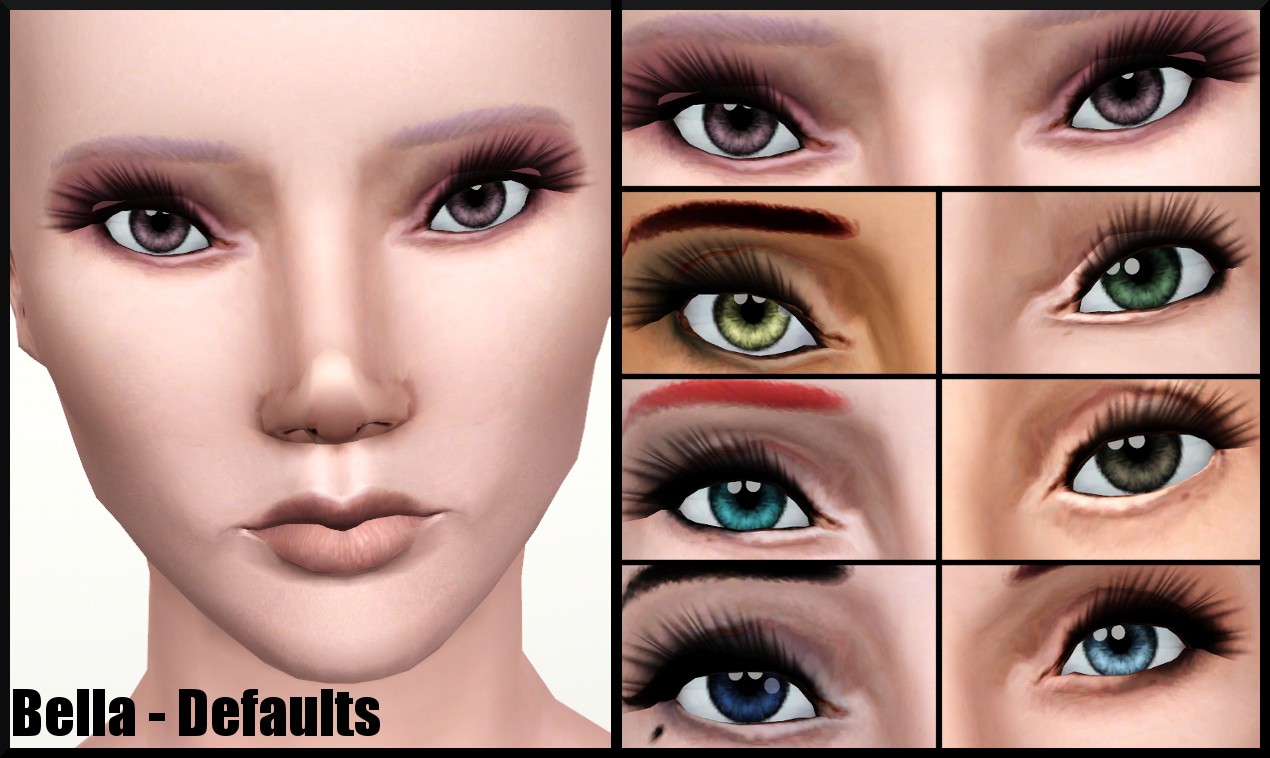 LoL Eyes:
LoL doesn't stand for anything... now. I originally labeled them as "lol" because it was sort of a joke. I wasn't expecting to do anything with them. 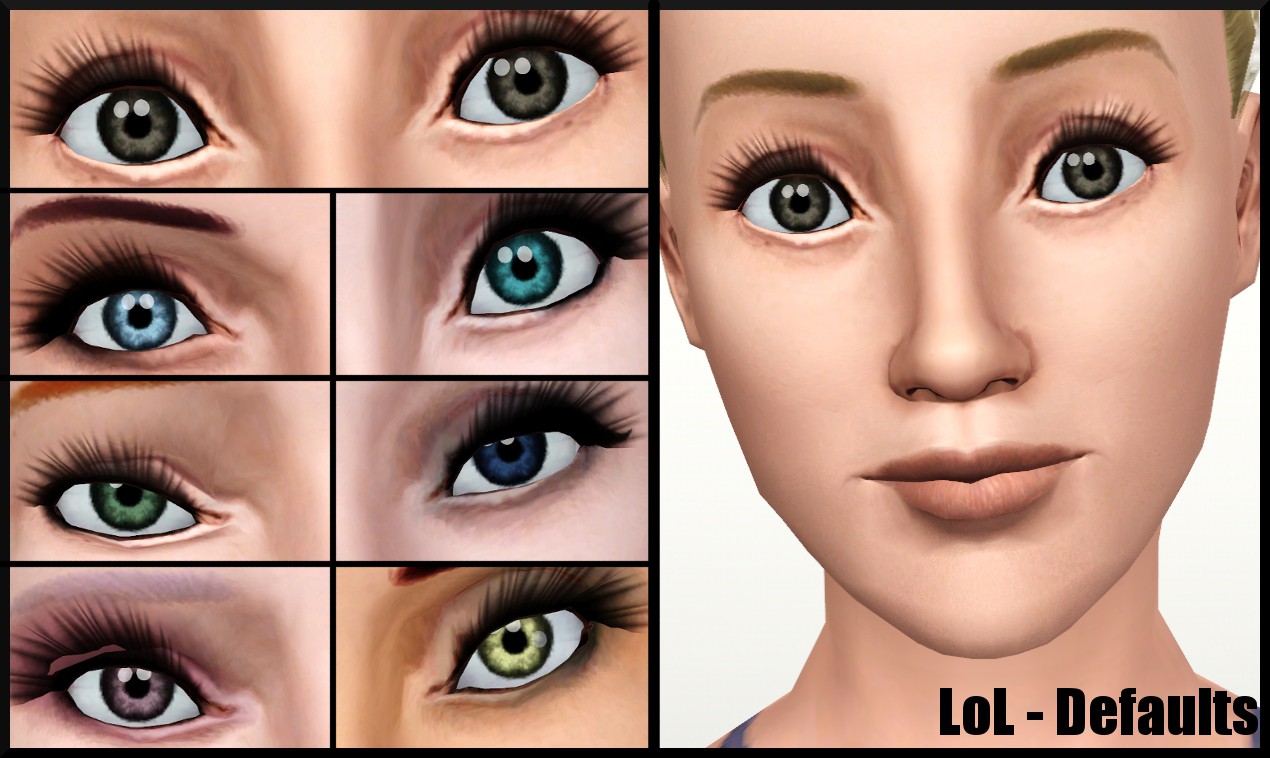 Starry Night Eyes:
Long story short, I used free GIMP brushes when I was making the texture for these eyes. I don't remember exactly what brushes I used. But I did make a list of all of the GIMP brushes that I have downloaded, and then listed the brushes that I know or think that I used in these eyes. So for credit, I'm including a link to those lists at the bottom of this post. I can remove the eyes if the mods decide they shouldn't be uploaded because of this. 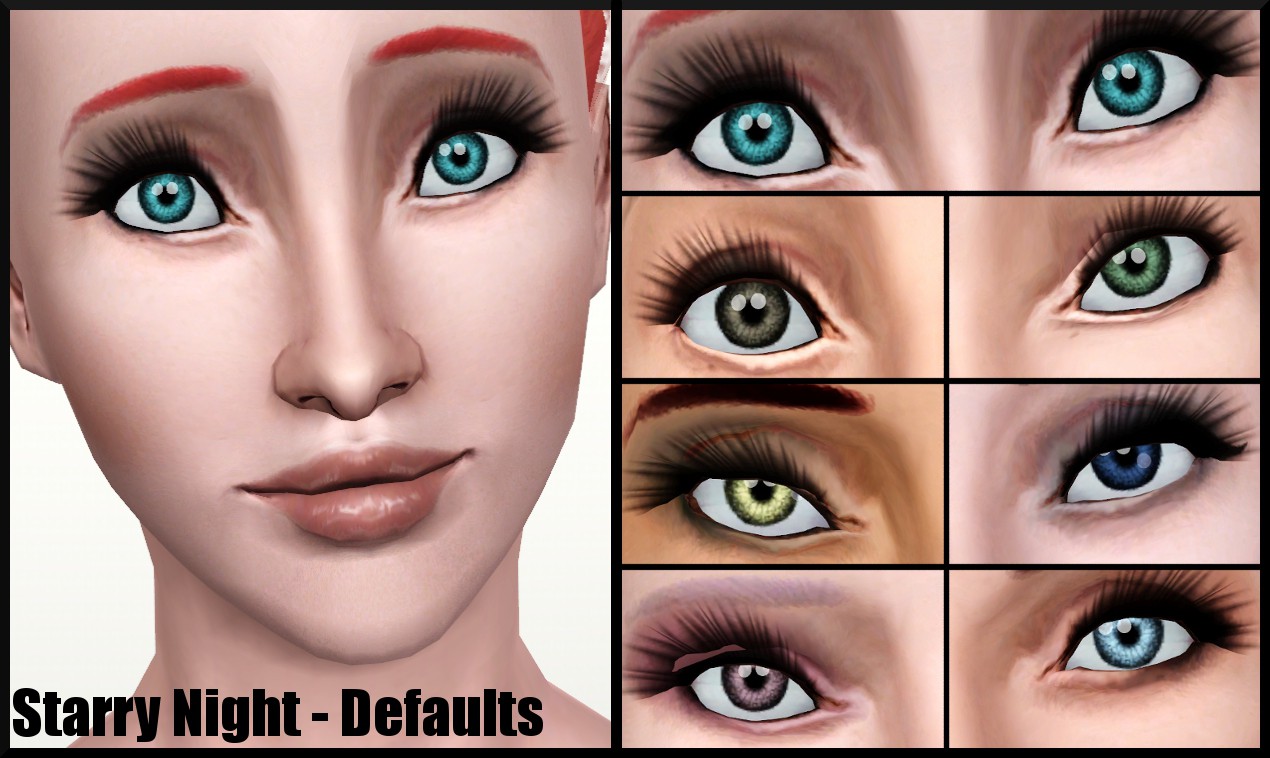 CC Used on Models:
Lipstick: The Sims World, shadowwolf5889
Eyeshadow: emmzx (here and here), Lady FrontBum (here and here)
Eyeliner: Papercat, emmzx, faalq
Freckles: Vasilla (here and here - I'm not sure which set the freckles I'm using are from)
Skin: I'm using an edit I made of Papercat's default skins (In case someone asks, I am not uploading this edit anywhere since the skins are not mine).
Eyelashes: I just use the slider multiplier that's found in NRaas' Master Controller, which also increases the slider range for the eyelash slider.

And here's the link to the list of brushes that I know/think I used in the Starry Night eyes, with links to the downloads in the list above that.

If you need more info, see:
Back to download view
25 Comments / Replies (Who?)