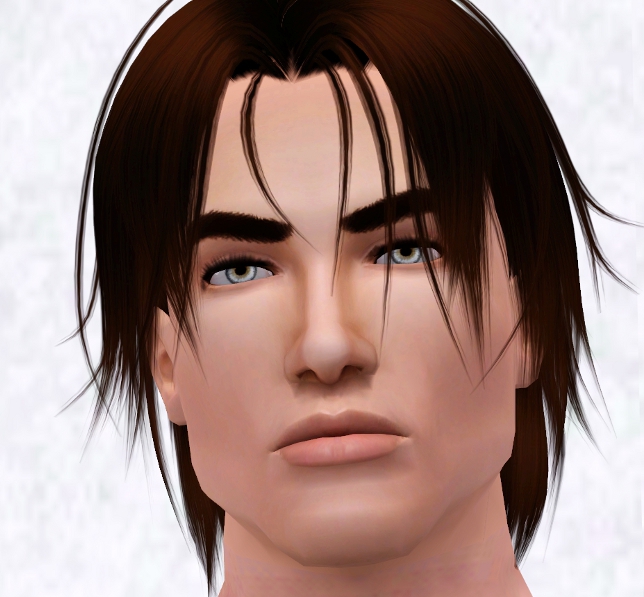 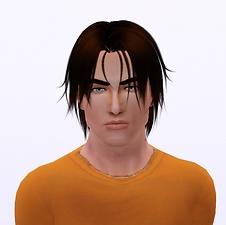 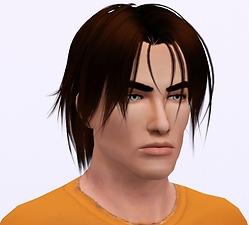 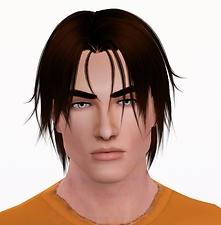 Okay, so I based Kangee off of a guy in a story I'm writing with a character of the same name. The first Sim I uploaded, Holly Flowers was based on the main character, except I just changed her traits for gameplay purposes.

He mostly looks like how I imagined him, minus of course the height difference and muscle definition, but I still think he's incredibly hot. Hot enough to share with you.

Anyway, Kangee (in my story) is a very outgoing, very funny and incredibly annoying guy whose main purpose in life appears to be teasing Holly and raiding her grandmother's refrigerator when it suits him.

His favourite food is Pancakes (soft with chocolate chips), some of his favourite bands include Fields of the Nephilim, Dethklok and Amon Amarth (custom music). His favourite colour is orange. His most noticeable features are his piercing eyes and cocky smile. Obviously that couldn't happen in the Sims 3 since they all smile like freaks.

Some other things about Kangee:

He's half-aboriginal (his mommy was a whitey). His parents are both dead!

Please don't ask me what Native blood he has exactly, because I'm not sure. I would've went with Metis (as I have Metis in my blood), but they're kind of boring.

He's 21. His birthday is in November.

His ex girlfriend is a real bitch. (I may upload her next if I can find a hair that suits her that's not a retexture of a pay hair)

His name means Raven, and I pronounce it 'Can-G'. I'm not sure if that's the correct way, and I don't care.

He mainly wears jeans, t-shirts and cargo shorts. He likes to eat. He hates guys who drive around in Honda Civics with fart-pipes on them. He wishes his ex-girlfriend would crawl in a nearby ditch and die.

Do whatever you want with him, except claim him as your own, cause that's just super mean. Oh yeah, and please don't change his favourite music to pop, cause that's also mean.

Traits:
Athletic-Duh
Brave-He wouldn't be manly if he wasn't!
Charismatic-he's outgoing
Good Sense of Humour-yeah
And he's a big mooch

Mods that determine his sexy looks:

I used awesomemod by J.M Pescado just for the slider increase limit thing. You don't need one of those if you don't plan on changing his sexy looks.

I used the facial sliders by bella3lek4

Now onto the other stuff:

The clothing's all Maxis.

So, have fun. Meaning I give you all permission to set him on fire and whatnot.