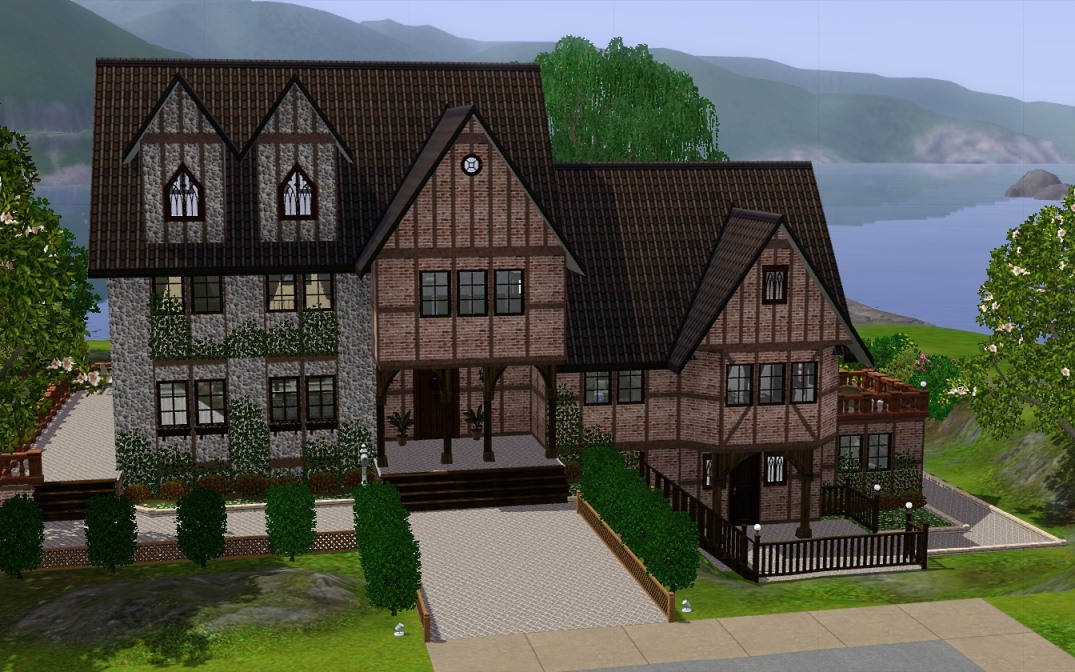 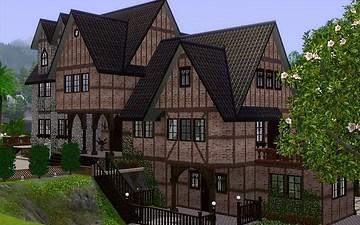 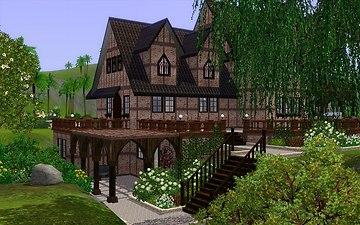 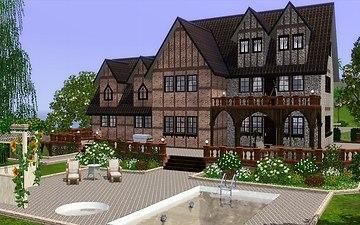 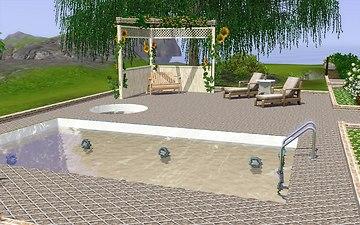 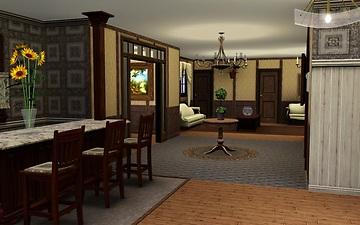 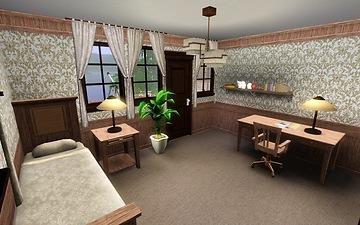 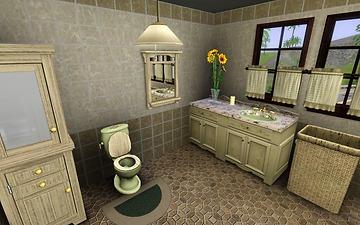 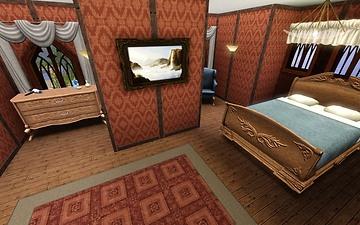 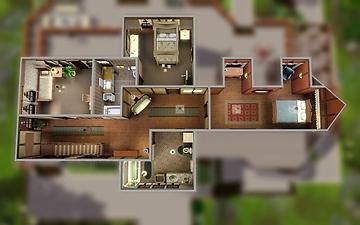 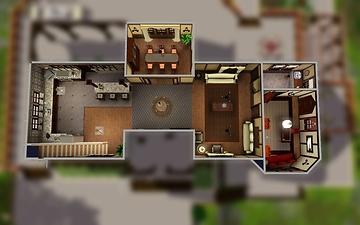 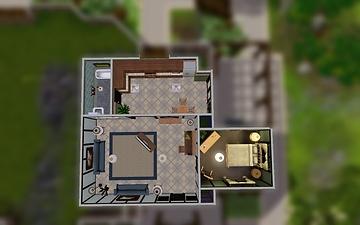 253 Thanks  Thanks     36 Favourited
English Country Estate


So I recently approached CokeBuilder and asked him if I could recreate one of his TS2 houses, English Country Estate, and build it in TS3. He kindly granted me permission and this is the end result! 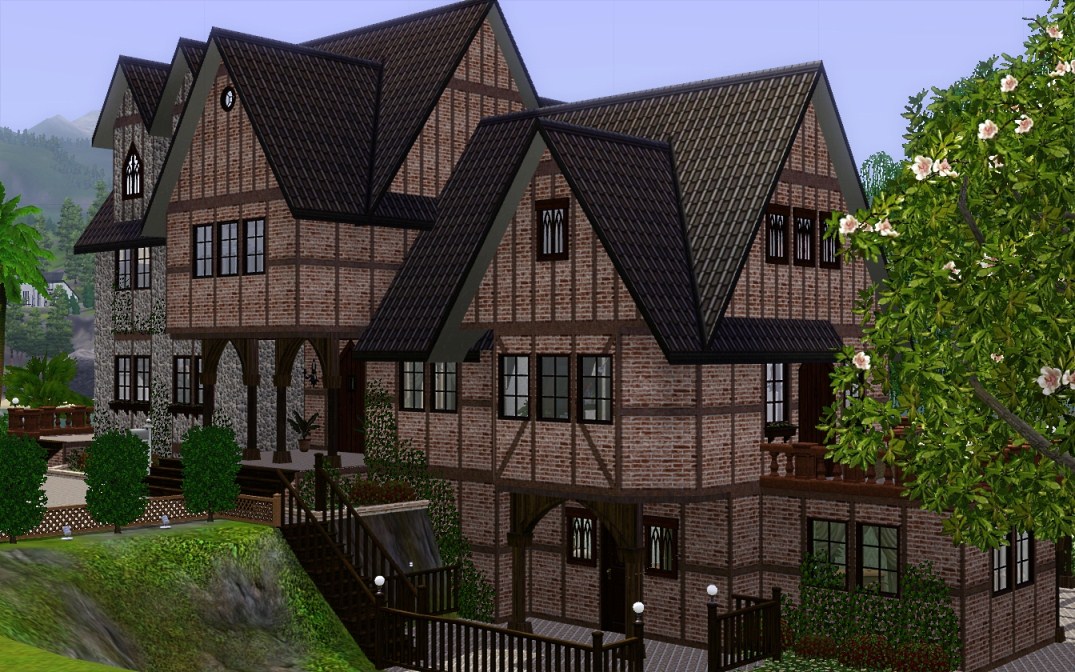 The house is not fully identical to CokeBuilders house, the outside is as close as I could possibly build it, and the shell is all the same with the exception of some window placements which I adjusted. I tried to match the outside furniture as close as I could, and to an extent the landscaping too, but obviously I wanted to change a few things about because of the extensive tools available in TS3. The inside is a mixed bag of same and different, the ground floor and the lower ground floor have the same floor plan to the extent that the walls are in the same places, however I have made the lower ground floor a separate annexe to the rest of the house, and the rooms have all been rejigged on the ground floor too. The first floor is nothing like the original, I wanted to economize it and get more bedrooms from it. Plus from my experience old English homes, they usually have small pokey bedrooms with bizarre spaces, and that's why I love them

So basically this house has a really nice large open plan ground floor (or first floor depending on what country you're in) with a kitchen / breakfast bar area, a dining room, living room, entry hallway, study, and toilet. There are doors from the kitchen onto the rear patio area and garden; and there is a balcony with some chairs off of the study. The first floor (or again the second floor, country depending) has 3 bedrooms, all are big enough for double beds but I chose to make one a single room; the main bedroom has a small en-suite, and there is another large bathroom for the other 2. An idea that I used in Ashland Manor is again implemented in this house, there is a separate self-contained annexe on the lower ground floor, it has a double bedroom, kitchen, bathroom, and living area, all of which are ample sized for 2 sims. There is a lot more space under the house which can be utilized as basement, indoor pool, games room, etc. However I have chosen to keep it as a small annexe as I quite like that. 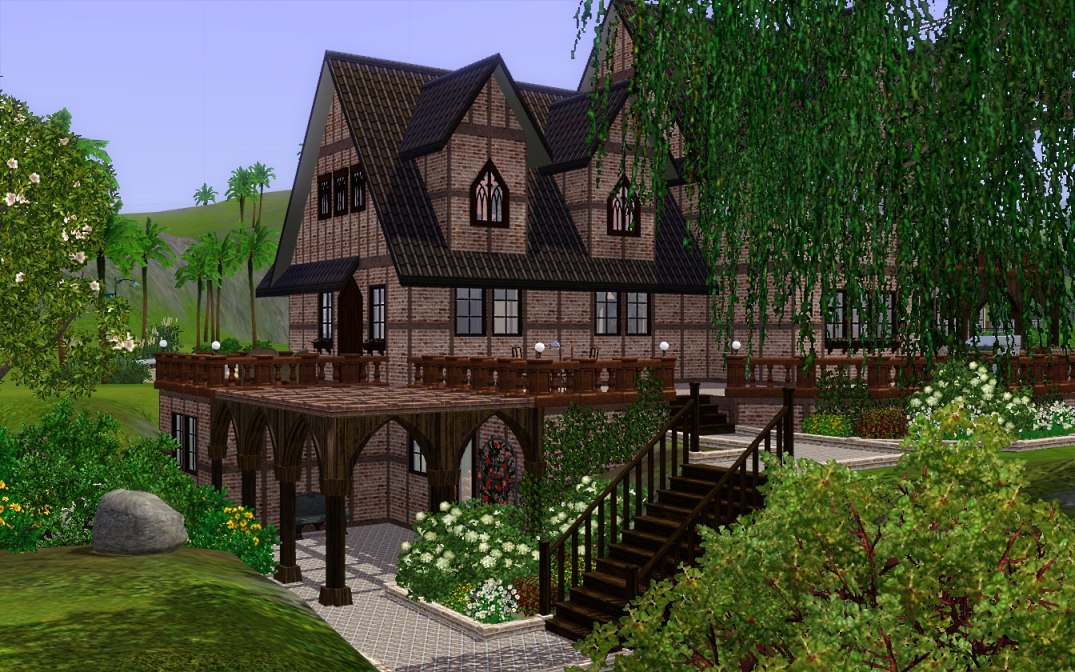 You may notice that there is some custom content in this house :o shock horror! But don't shoot me! I have used as little as I possibly could, and I'm telling you I downloaded a lot of room sets which I then decided not to use, it is only build mode type content so that I could capture the look of the original house as best I could. I've been informed Custard only detects .Sims3Pack files and I used .Package files in my custom content, but I'm not pretending I didn't use any, so I have created a list and formatted it all below, I have double and triple checked to make sure I have included every piece! I also had to make my own wall set for this upload because of the lame walls that we get in game, now I have no idea if the walls I created came with a later EP or not (although I'm pretty sure they didn't), but I only have Ambitions right now, and for all those who only have Basegame and a few EPs you'll need them too.

Additional Credits:
Thanks obviously to CokeBuilder for allowing me to recreate his English Country Estate.
And thanks to Armiel for putting up with me and teaching me lots of things, and generally being Armi

thankies!
Finally, thanks to all the creators of whom CC I used, it really helped make the lot.

If you need more info, see Game Help:Installing TS3 Packswiki for a full, detailed step-by-step guide!
Back to download view
21 Comments / Replies (Who?)