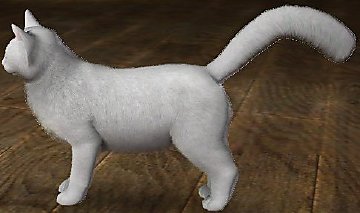 1,132 Thanks  Thanks     232 Favourited
Want a long, graceful tail for your favorite kitty or doggie? Or maybe a cute, short tail that's not a stump or stub? Here's a slider for tail length for cats and dogs to let you have them.

Compatibility:
It should go without saying, but you need to have the Pets expansion pack installed to have cats and dogs for the slider to work on!

Notes:
The slider is enabled for child, adult, and elder ages.

It affects cats and dogs only. It works on both big and little dogs, but the effect is a little less obvious on big dogs. It has no effect on curly tails and stumps, and very little effect on stub tails.

Due to a problem with the top of the inner core tail showing through the tail fur for collies, border collies, and borzois in long tails, the package includes a slightly modified tail fur morph for those breeds. It will conflict with any other mod replacing adTailFursCollie_0.simgeom. (I don't know of any.)

There may be slight clipping with the ground in animations when using the longest tail length on fluffy cats.

Install as usual. The slider will appear in the advanced body shape panel.

Update 5/19/2012:
Typically, I already have an update. Version 2 adds a separate, slightly longer long-tail morph for big dogs (or rather corrects a bonehead mistake that applied the cat/littledog morph to big dogs); and adds separate puppy and kitten morphs since I figured out how to test and the adult morphs are too extreme for the babies.