Black Mesa - Base Game [no cc] 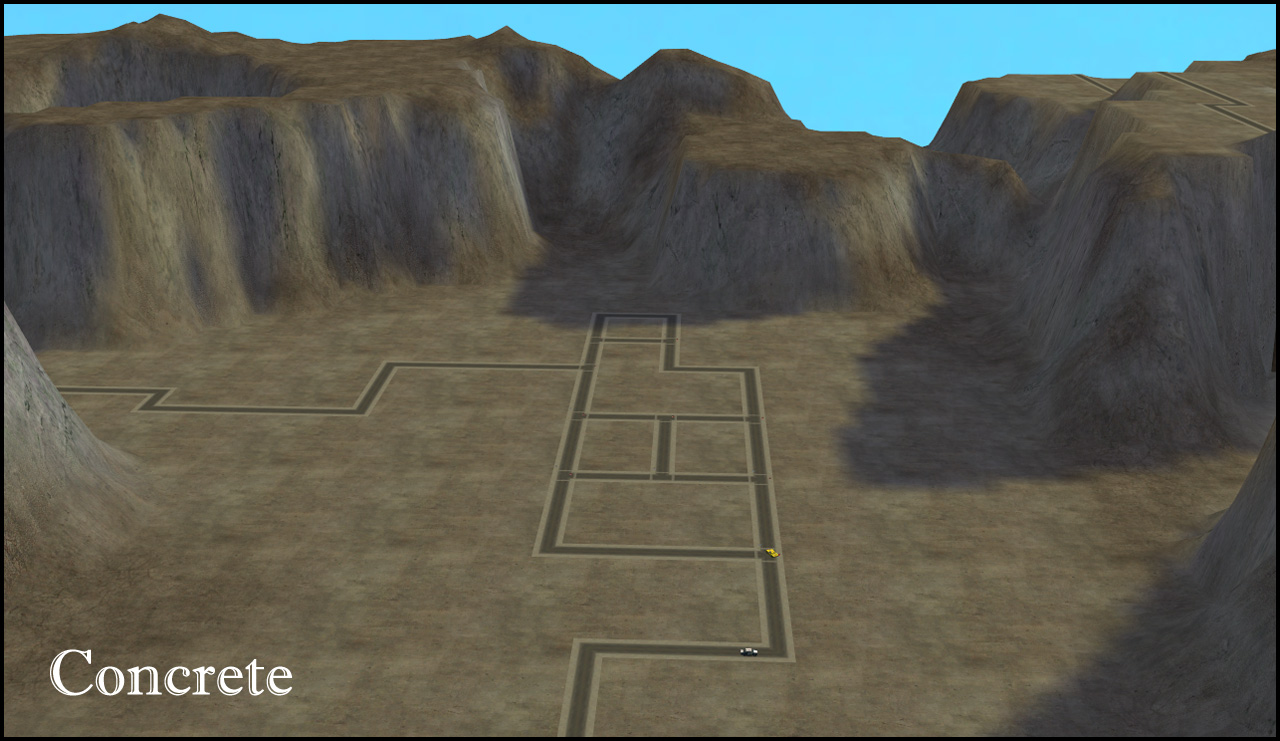 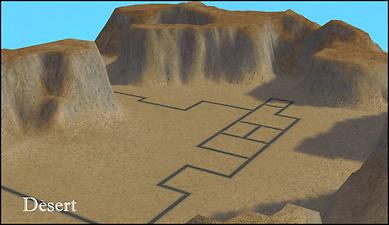 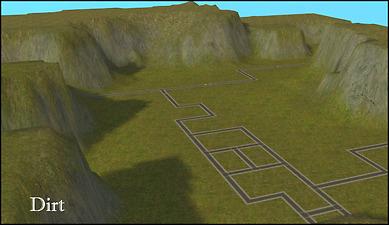 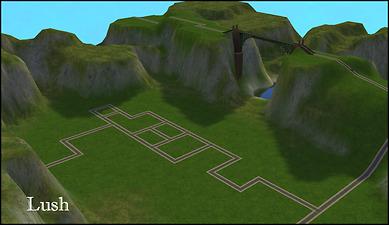 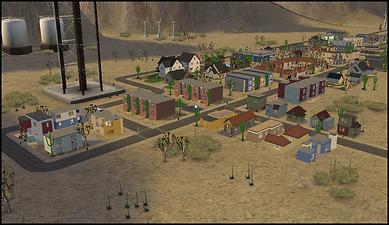 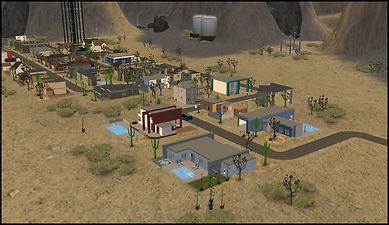 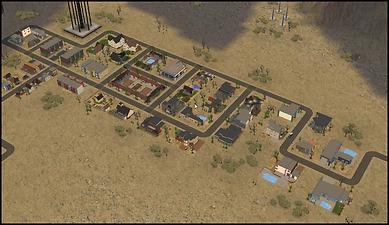 16,914 Downloads 643 Thanks  Thanks 136 Favourited 87,660 Views
Picked Upload!   This is a picked upload! It showcases some of the best talent and creativity available on MTS and in the community.
Personal Picked Upload! This is a personal favourite of the creator!

Created by HugeLunatic
View all Downloads
Uploaded: 26th Jun 2012 at 5:11 AM
Updated: 2nd Jul 2021 at 11:09 AM
Overview
Black Mesa has been an on again/off again, love/hate relationship going on for just over a year. The stickers...oh the stickers! There is also a distinct lack of good, desert terrain hoods. It seems the vast majority of hoods all have some sort of lake or river running through. The first few months (try nine), were spent sporadically building a house or two before I really dug in and started building. Almost all of the houses were made right outta my head, only the large estates were based off real house plans. There were even a few trials of using cc; but then I'd be giving up my challenge of building a base game, no cc hood. One of my biggest obstacles was finding the right hood and in the end I couldn't. So I made one!

This is a complete neighborhood, all lots are placed and the 'hood is decorated. There are no character files and all houses were compressed by Mootilda's Lot Compressor. 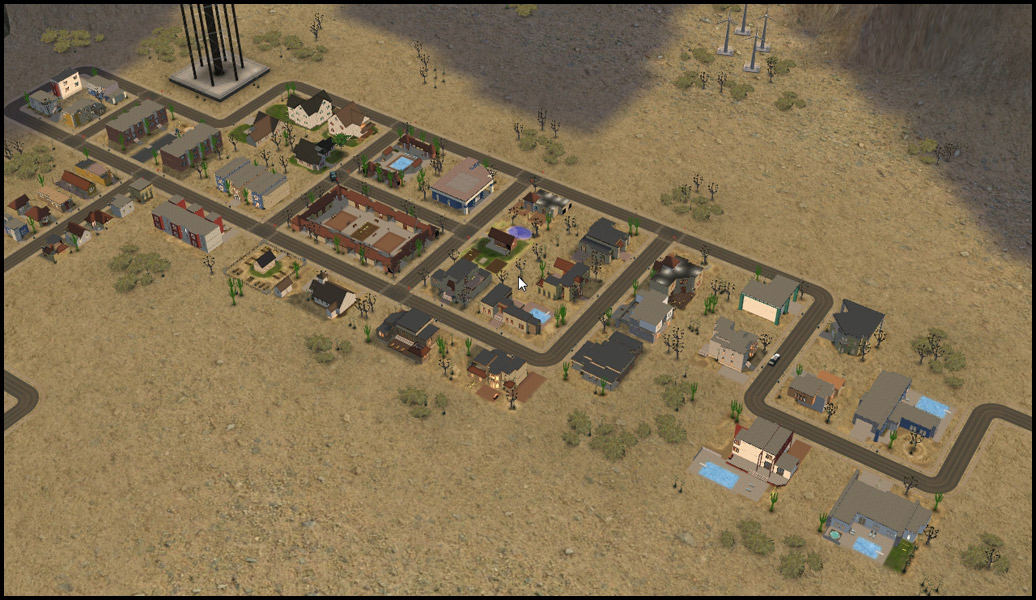 Back Story
Or...whatever.
It was never known exactly what was going on in Black Mesa, or what caused the disappearance of most of the towns buildings and residents. All that remains of its previous tenets is the barracks, church, and cemetary. The old barracks have been renovated into loft living and the church doesn't appear to have aged a day. A new generation has moved into Black Mesa and have built it up into a modern town. But beware of the terrors of the age old cemetery.

Note: The cemetery is actually empty, you'll have to kill some sims to fill it up.

Lot Info
All lots are fully furnished, but decorated sparsely. Each has a fire alarm and phone placed, but no burglar alarm. What's that? Why are there country style homes with grass?! meh. I have no idea, but I liked the way they turned out so they stay. Lets just say they are the oldest houses in the hood, and obviously some shenanigans are going on to get that grass to grow.


What's Missing
While the city center area is pretty full, there is open space around the outer lying roads to add more lots. Of course, you can also move some of mine around to accomodate more of your EP specific lots. Due to lack of Maxis objects with just the base game, these are some lots that I would add if I were playing with those EPs.

Terrain
This is a custom terrain created by me to have the roads close together so that it fit my small lots better. I used a Maxis base game terrain and obliterated all roads except the outer lying ones, I then built new ones using the layout of Merrycliff by wgroome as a guide. If you want just the terrain it is Black Mesa sc4. Feel free to use it for your own new hoods and include it any you share, but please give credit and a link back here.


Defaults
These are the defaults I have in my game and that you see in the screenshots. None of these package with the lot, they simply change the way things look in the game.
Installation
This hood is N299, if you already have one you'll have to alter the number to something not already in your Neighborhoods folder.
Cheats Used
CFE - to create dummy levels; one or two houses use this to create a staircase with a landing. Not used on usable objects such as furniture!!
moveobjects on - overused(probably) on outdoor plants, you may need a no garden mod to avoid foot stomping

..almost forgot to give credit for the name to my son. When he saw it was originally Mesa Valley, he insisted I change it to Black Mesa.
Files Need help with downloading or installing content? Click here!