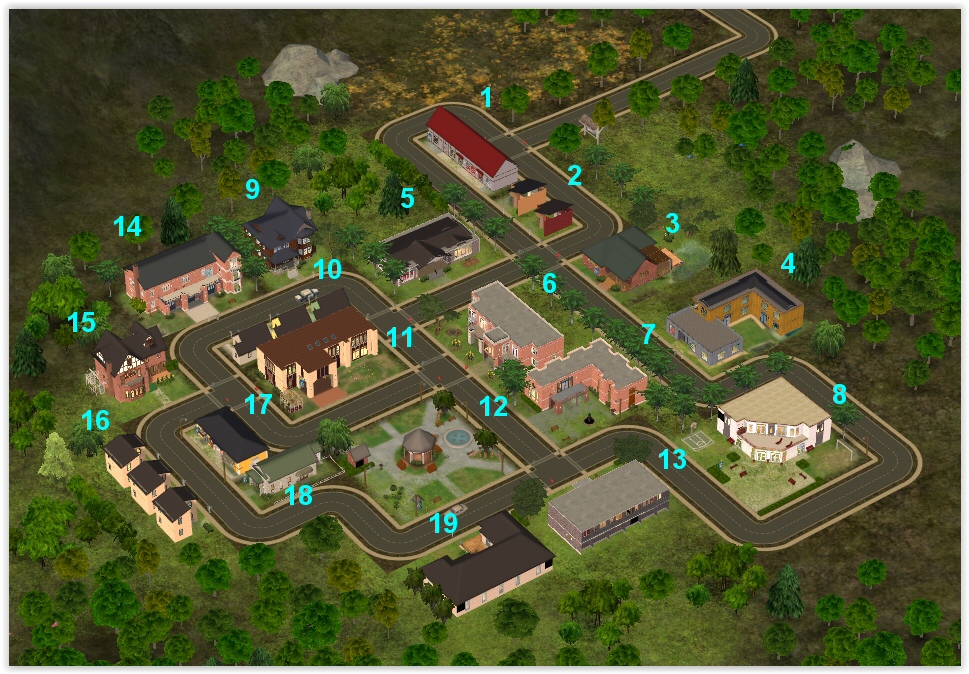 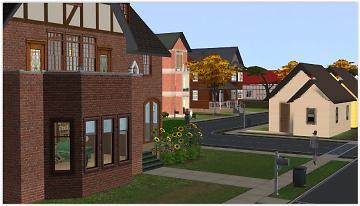 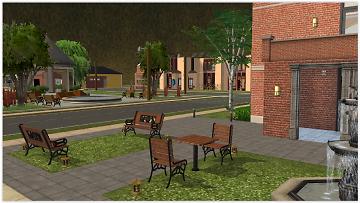 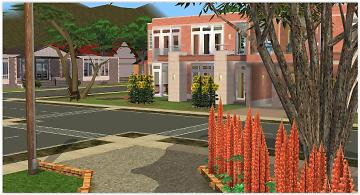 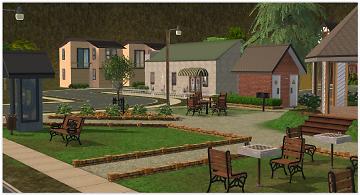 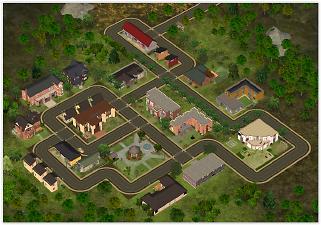 Picked Upload! This is a picked upload! It showcases some of the best talent and creativity available on MTS and in the community.
Mission U - A University Template
by Aelflaed

Mission U provides a full, state-funded, education for all tertiary students. With a variety of accommodations and modernized faculty buildings, plus a selection of local merchants and entertainment venues, everything you need is on campus. Tucked away under the mountains, some say the seclusion helps them to study. Others just want to party! 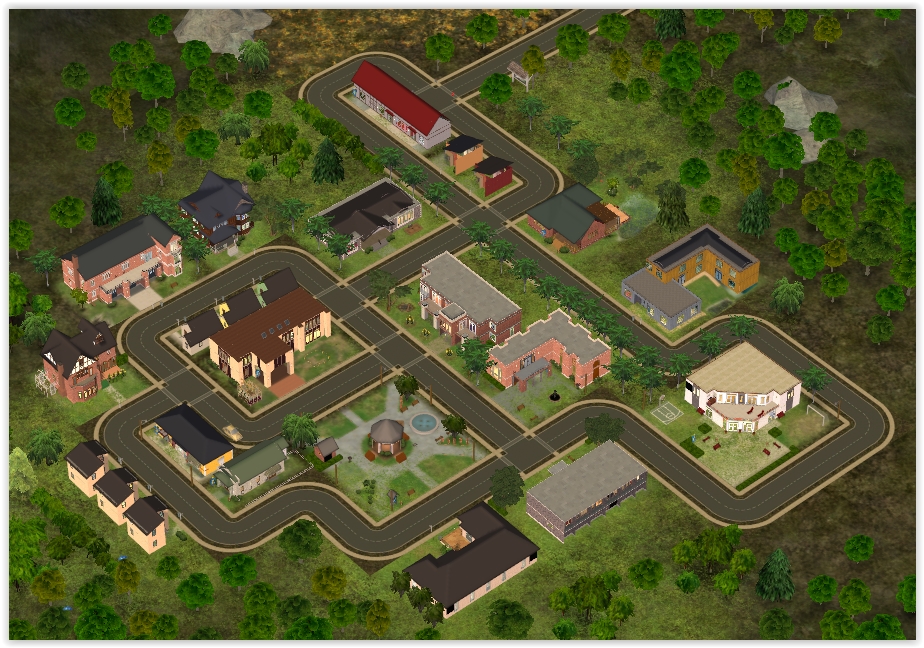 The site began as a nineteenth-century mission, taken over by the State Education Department in the early twentieth century. The oldest residence, Gamma House, dates from the 1920's, and there was something of a building surge in the 70's - but there has never been a lot of grant money, so the campus has evolved gradually, and the buildings are fairly modest. There is a coast road linking up with the city, but the college is rather isolated otherwise.

My aim was to create a compact campus with a small-town feeling, neither too modern nor too ancient, not flashy but serviceable. The map was created by me. If you want the sc4 for your own editing purposes, it is attached as a separate download.

This neighbourhood is UMAE.
To install, place the UMAE folder into University Life/EP1/TSData/Res/NeighborhoodTemplates. Mission U will then be available to add to any of your primary neighborhoods.

All lots should be viewable without a camera mod. Although I didn't test specifically, this is a compact town, set in the centre of the map.

Created in AnyGameStarter using all EPs and SPs. No Custom Content required. Contains no playables or townies. All lots have been tested extensively in a separate environment. All lots have flat edges, except for the secret lot. All lots should have a pool tile (often concealed under something) to enable water-shader mods. You may see fog in odd places (coming off the water) during cold weather.

Every lot has toilet facilities and some source of food. Bushes and flowers in need of care should be accessible. There is space to add more lots if you wish.

There is only one cash register per lot, even where there are multiple shops, to prevent excess NPC creation. Feel free to add more registers if you want them. Warning:
A number of the lots in this hood have been altered using Mootilda's LotAdjuster. If a lot has walls closer than two tiles from the edge of the lot (the rental housing, for example), these walls should not be deleted, as the game will not let you rebuild in the same place. If you want to alter the roof or walls on a shrunk lot, you will need to use the LotAdjuster to do so. Make a copy of the unaltered lot before beginning, in case something goes wrong.
Repainting is not affected, so decorate as much as you like.

There are 25 lots in the hood:
- 3 dorms,
- 8 mini houses to rent,
- 2 larger rentals suitable for Greek Houses,
- 11 community lots, including faculty buildings and other venues,
- a secret society. If you need to make any changes to the secret lot, use this cheat: loadlot "The Clubhouse"

Full lot descriptions and images are in Comments. Note - some pictures were taken in the test environment, so you will see occasional evidence of live sims - fear not! The version uploaded here is clean and empty, ready for you to generate your own dormies.

Thanks to Chris Hatch and Numenor, for the AnyGameStarter, and for troubleshooting some issues with the hood. Many thanks to Mootilda, for providing clear instructions on making hood templates, and for her numerous essential programs, including LotAdjuster, LotCompressor and HoodReplace - all of which have been used extensively in making Mission U!

EDIT: Many apologies to early downloaders - I had attached a neighborhood file with additional wording in the folder name. If you have that file, just remove the extra words, so it is called "UMAE'. I have replaced the download file, so it should be fine now.