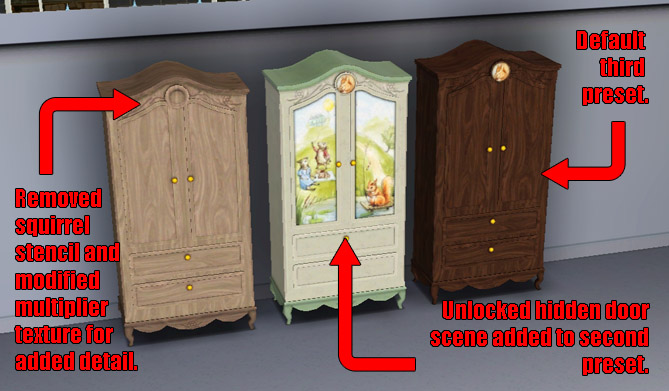 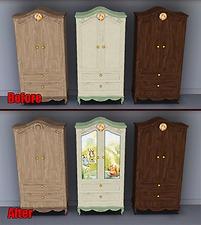 563 Thanks  Thanks     75 Favourited
What do we have here then?
Well, if you have Generations installed then you are probably familiar with the armoire which features a squirrel stencil above the doors.
A lot of people have already created cloned stand-alone versions which remove the squirrel stencil but I haven't seen any which are defaults or any that unlock the hidden door stencil. Mine does both of these things and also leaves the squirrel stencil intact if you want it! Here is an image to show what I have altered from the original: The catalogue thumbnails have also been edited to reflect the changes made.

If you have any other files which alter these resources then they will conflict.

Built with game version 1.39. Should also work with earlier or later patch levels.