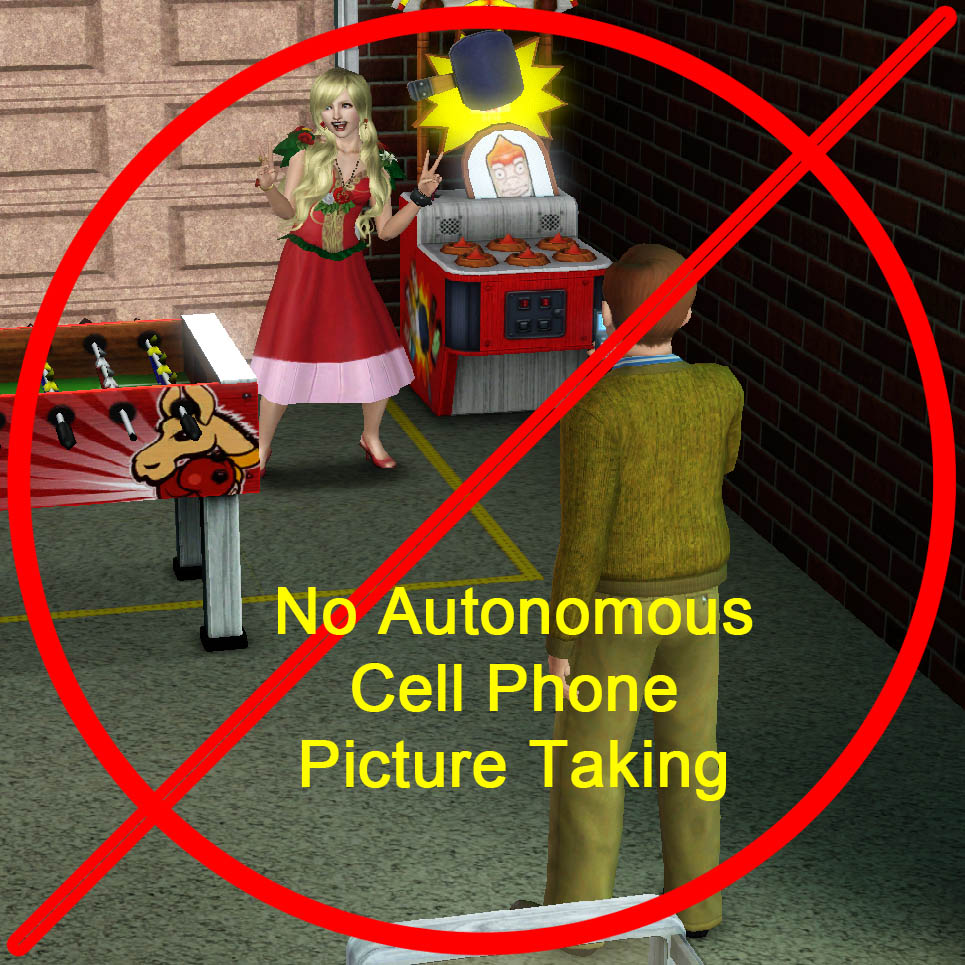 Created by Amber Lokisdotter
View all Downloads
Uploaded: 21st Jun 2013 at 5:54 PM
Updated: 15th Jan 2018 at 8:45 AM
2018-01-14
Updated (finally, right?) for the changes made from the Showtime expansion. It now should completely turn off requests for autographs and cell phone pictures from other Sims.

This mod stops other Sims from wanting to take cell phone pictures of your Sim, thereby stomping your action queue. I've never understood why it stomps the queue like that, but I found it irritating, so decided to remove the autonomous action completely.

This mod changes the TakeCellPhonePhotoSingleSim_Sim XML file, changing cell phone picture taking to non-autonomous only. I've never seen a user-directed option to take a cell phone picture, but I left that alone. It's only the autonomous action that is modified. It should not conflict with any other mod.


Additional Credits:
The creators of S3PE
Other Information