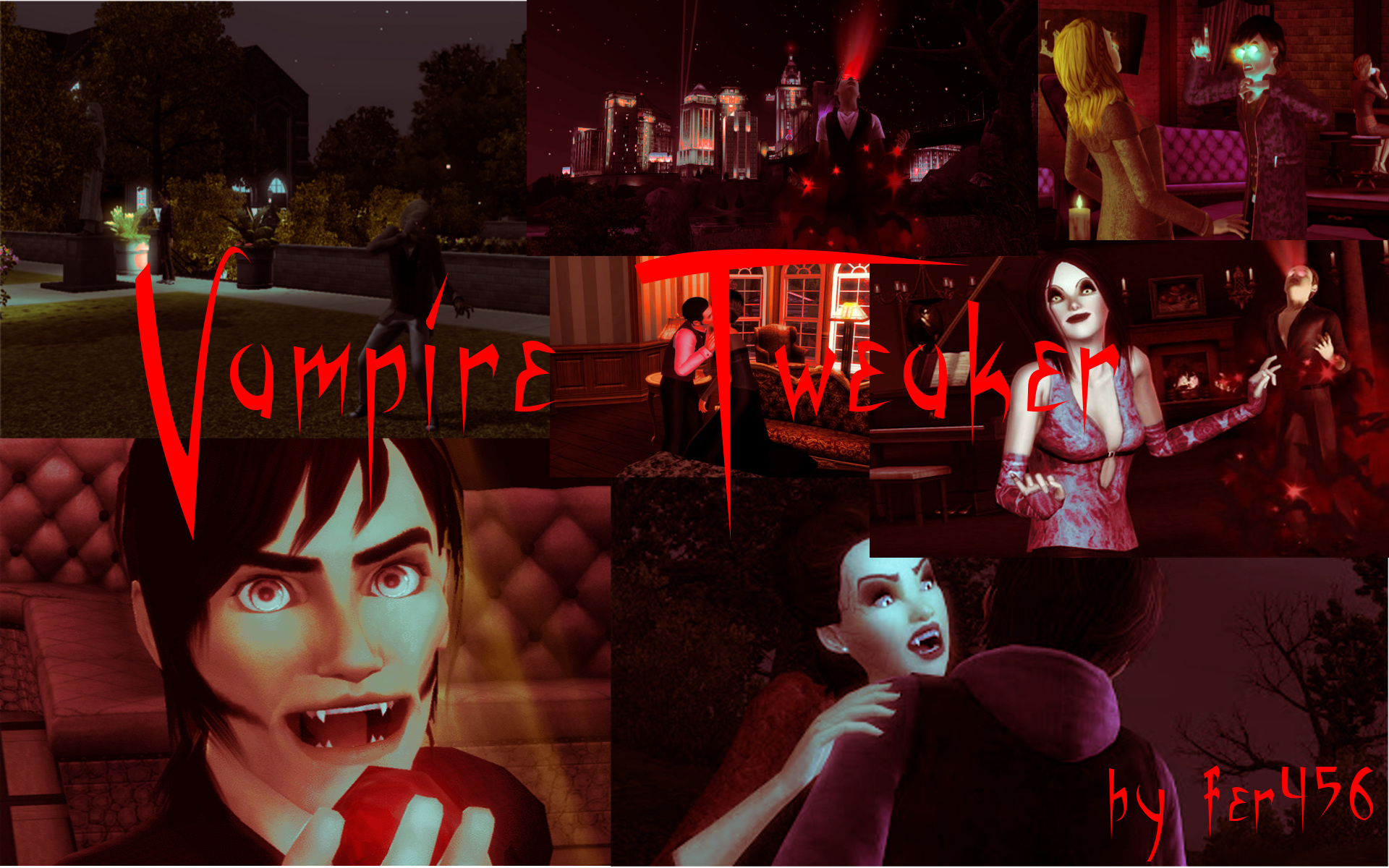 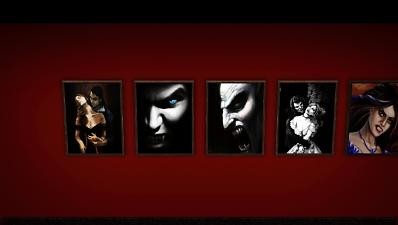 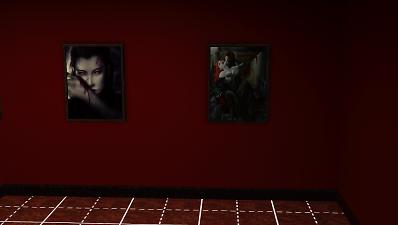 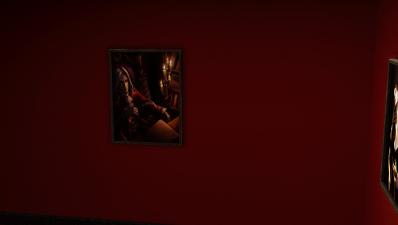 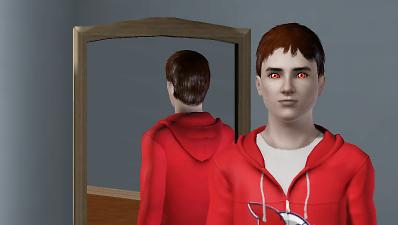 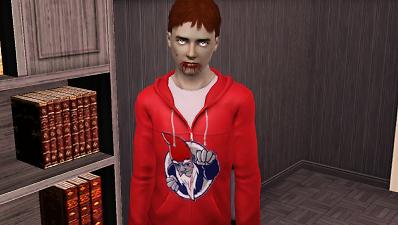 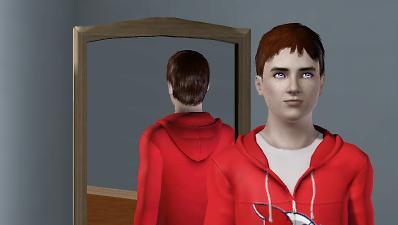 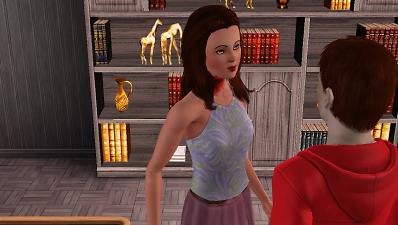 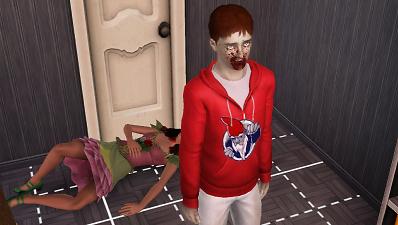 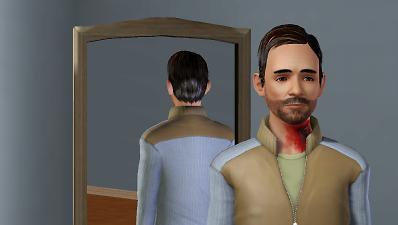 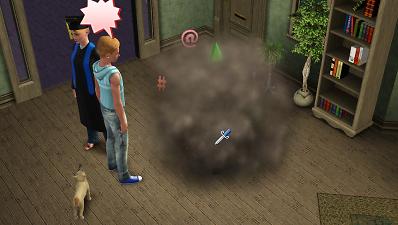 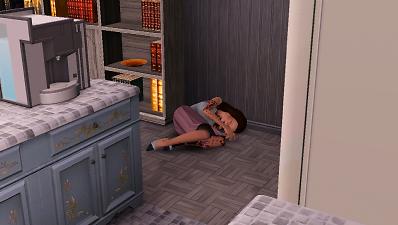 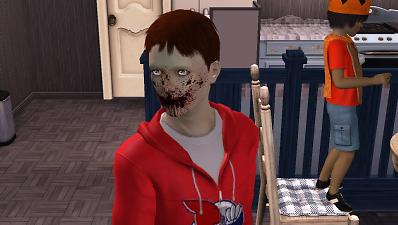 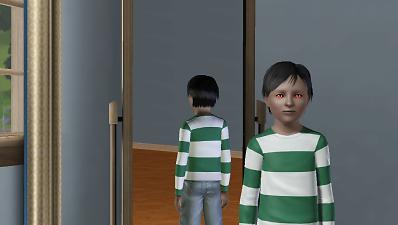 Created by ferferga
View Policy / About Me View all Downloads
Uploaded: 21st Apr 2014 at 11:48 AM
Updated: 15th Jun 2018 at 4:09 PM - Updated to V5.1
This mod is no longer mantained. I published the sources on GitHub: https://github.com/ferferga/VampireTweaker

READ THE ENTIRE POST, AND OPEN THE SPOILER BELOW, AND READ THIS CAREFULLY

IF YOU ARE UPDATING FROM THE V2 (LEGACY VERSION), READ THE INFO IN THE UPDATES SPOILER

HOW TO UPDATE THE MOD

READ THIS BEFORE DOWNLOADING

You can skip some versions in the updating process. I.e you can update from v1 to v3.

Finally, open the game and enjoy.

READ BEFORE UPDATING TO V3 FROM V2 LEGACY (others versions, simply replace package)

4. Reset the city with Master Controller in all your games. (OPTIONAL, But recommended)

FILE: fer456_VampireTweakerV1
The V1 it isnÂ´t in the original form, and the zip file was reuploaded because I solved a ChangeLog spelling problem.

FILE:fer456_VampireTweakerV1.2
- New blood makeup with a very dirty version. You can view the images in the description post (Up). If you want to see the older, check the spoiler.
- Fixed some scripting things, with improvements. Now the makeup appears in the supernatural sims.
- This update it isnÂ´t a game-mod update. I.e., it does not mean that this update has been released to be compatible with a new version. It only adds improvements.

- Fixed some things in the String Tables

- Changed the method to restrict the interactions. Some users have problems with restricted human sims. Fixed it in this update

- Now the uninstalling must be realised with a new Command: "VampireTweaker_Uninstall". This command uninstall all the information of the mod.

- Fixed some things in the ballons when the vampires are thirsty.

- Fixed a problem when a converted vampire to an human or supernatural form has the thirsty eyes.

- Added the Resurrect interaction (only for sim, early in urnstones too), the Convert interaction (Force the conversion of the human sim. In the next versions, the mod will have a new effect(makeup) with a bloody body).

- Fixes in the motive decay

-Added a command to explain the uninstallation is done. It is highly recommended to run it before you begin: "VampireTweaker_UninstallHelp"

-Added blood in the body when you kill or turn a sim. The blood is added to the vampire and the target sim.

-Added animation to "Resurrect" interaction for the conversion of ghost sim.

-Increased values of decline. This means that now will fall faster needs than older versions, in a way that is perceptible.

-Optimized the code for make more faster the script.

-New moodlet when sim is thirsty.

-New moodlet when sim is bitten.

- Added a interaction "Get Blood" in Hospital. For 75 simoleans, you can get blood to satisfy your thirst.

- Now, the bladder motive is disabled and disappear in the motives panel. Sometimes cannot disappear, only still blank. Wait for disappear or use the City Hall
interaction to refresh them. Applied to all ages

- Now, the children always have a red eyes. I think the children aren't very wild, so i decide to do this. In next versions, I will include interactions for them.
When a teen have a bithday and get to the young adult age stage, the red eyes still apearing, but they will disappear when they satisfy for first time.

- Now, you can resurrect sims clicking in urnstones

This version can be tagged as beta. Anyway, as I could test, is completely safe. Use at your own risk. Give me as much feedback as possible

-Removed the fruit of plasma and plasma juice completely

-Added the "Vampiric skills" ability. The ability does not affect the gameplay, is decorative.

-Now the interaction "To get blood" can be performed by children.

-The code has been rewritten from scratch.

-The same effects as adults, receive him receive children and adolescents to complete various interactions such as obtaining blood. Basically, in situations that are needed

-Revision to the code by which children receive red eyes. Now there is more performance to loading the game.

-Now the uninstall command removes the pictures and banishes the interactions

-Now, eyes are accessories, i.e., they serve the same function as always, but this time no will disappear
the color of the original eyes YEAH!. Put the colors that you want your eyes, will not be lost. If you have updated one
previous version, use the command testingcheatsenabled true and click by pressing the Shift key to edit your sim and put the color that you want.

-Now added new options of customization of the mod in the Town Hall. Some are more useful than it seems...

-Now the need for bladder back to normal (non-slip) because the change that made the mod in V4 was useless and overloading in excess play. In summary,
the same functionality as the normal game will have.

-Interactions have been made faster

-Has been created a command "VampireTweaker_Reset" that helps diagnose errors that sometimes can be that they are not caused by the mod, if not by the
configuration of the game or the user.

-Optimized the code of children and red eyes.

-Replaced the bite marks that vampires had to a much more realistic.

-Fixed the bug that the thirst not declined normally. It was a feature of the mod, but a lot of people didn't like it, so I returned it to its values
original.

-The code has been mixed in two instances (before there was 5 instances). This means that now the game will consume
less memory, you will have less problems with the mod and certain actions will run faster.

-Fixed the problem that the game crash.

-Added Debug option in the Town Hall. Displays information about the mod advanced.

For problems in the MTS server, I canÂ´t post the images here. But you can see them above, in the images before the description text.

TRANSLATE INFO Read this if you want to translate the mod


The instructions for how to translate the mod is in the translator toolkit.

The rest of languagues needs to be added.
The translators will have a credit here and in the general additional credits (below)

Just supernatural, just late night or the both of them.

If you try more versions and these versions are working with thr mod, please report me that. It should work with some older versions.

After 5 months of work, finally I can release this mod

This mod applies different settings for vampires, which are specified in the files "ChangeLog — EN" (in English) and "ChangeLog — ES" (in Spanish). My language is Spanish, so the file "ChangeLog - EN" I've had to translate with Google Translator, as well as the reviews of other content that we will see later in the mod.

This mod is a mod of scripting that adds features, although probably in later versions, will be a core-mod.

The scripting adds different effects for the vampires, such as the following:

-Add it automatically red eyes when the vampires are thirsty. They disappear when they satisfy

-Added blood to the mouth of the vampires (this functionality already existed in a Diriel mod called "Bloody Meals", which I served, among other mods, as the inspiration of this.)

-Is added to the necks of human a bite mark. The bite mark is added when the human is bited to drink or conversion to vampire.

- Added red eyes for children when you run for first time the V4. The eyes are added from children to teen.

- Added bloody makeup in the body when you kill or turn a sim.

- Removed the motive Bladder. Now appears in blank. Applied to all ages. 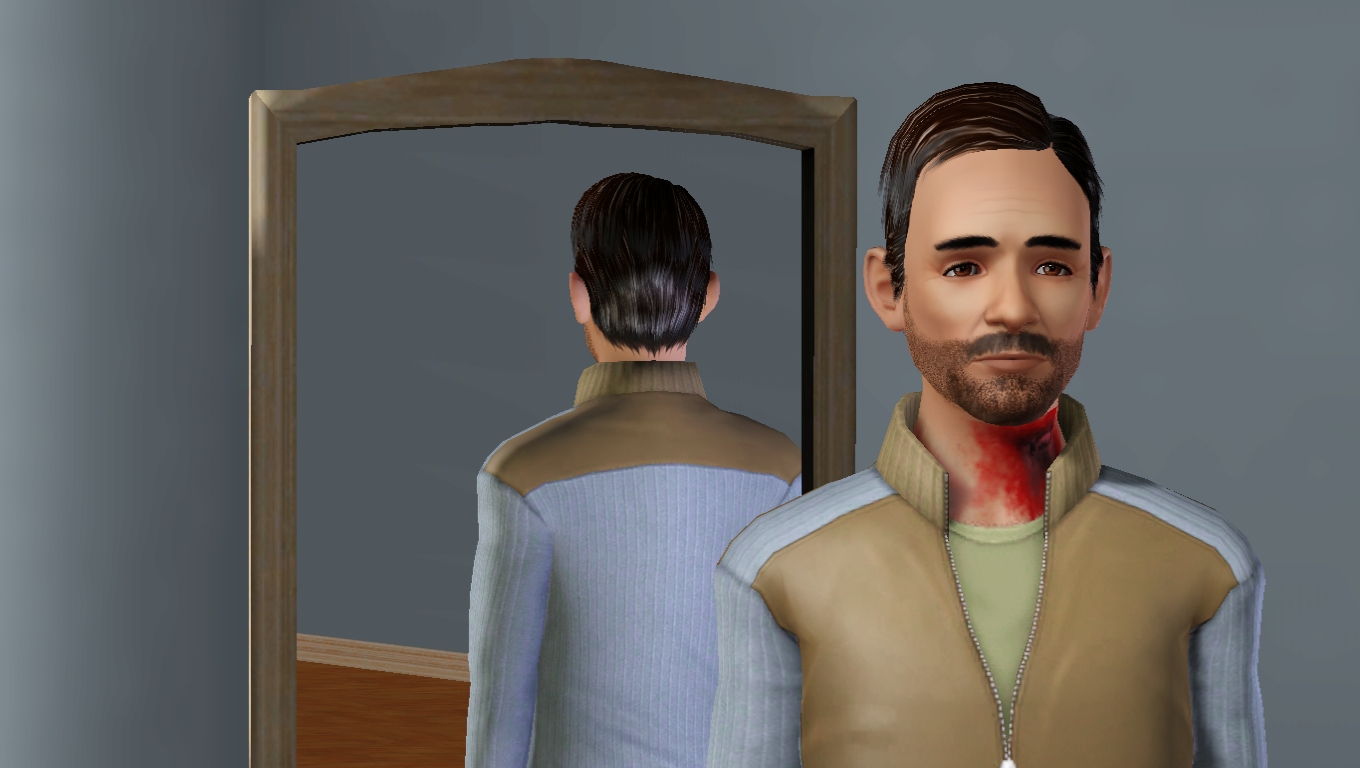 The bite mark effect (bite mark) appear automatically when a sim is bitten so much if it is to be developed as if it is after drinking. Disappear with the time. 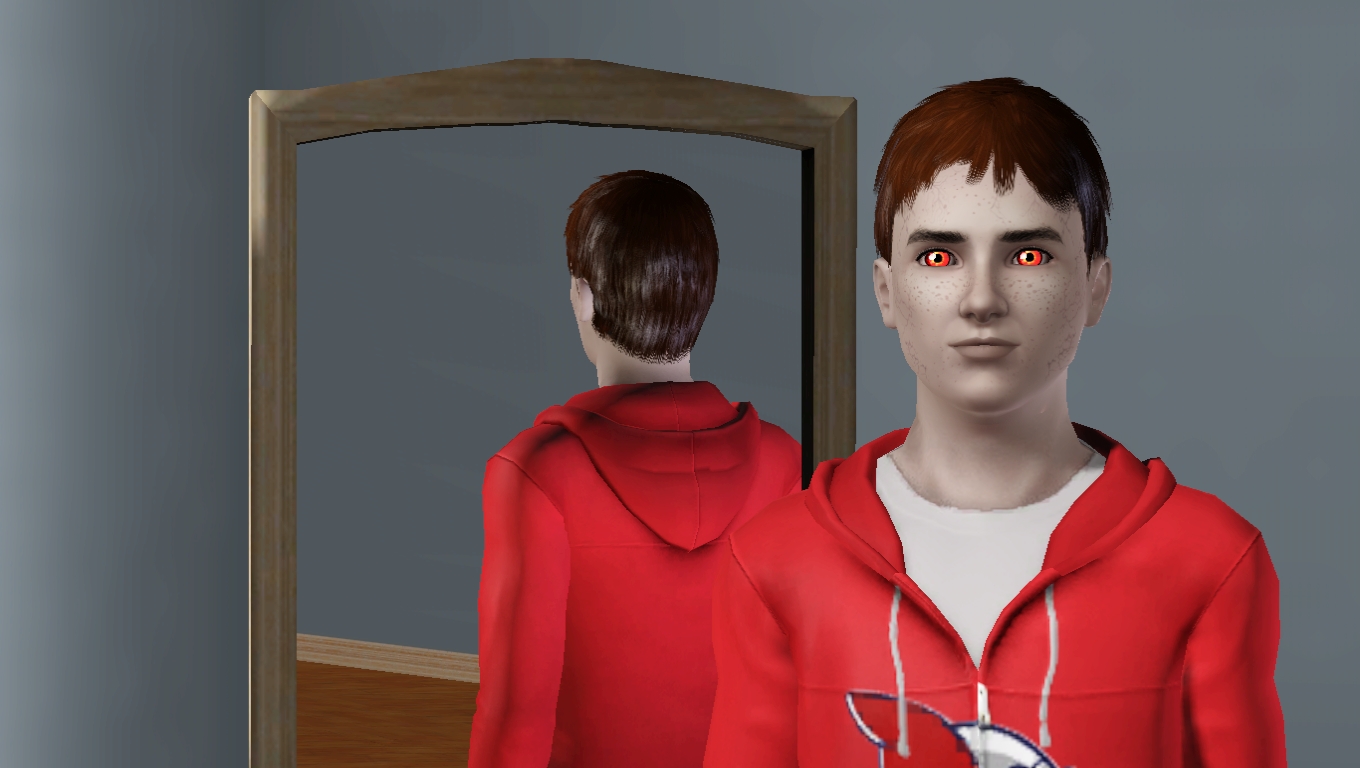 The thirsty effect (Red Eyes) occurs automatically when a sim receives the "Thirsty" moodlet and through "MadlyThirsty". It automatically disappears when they satisfy. 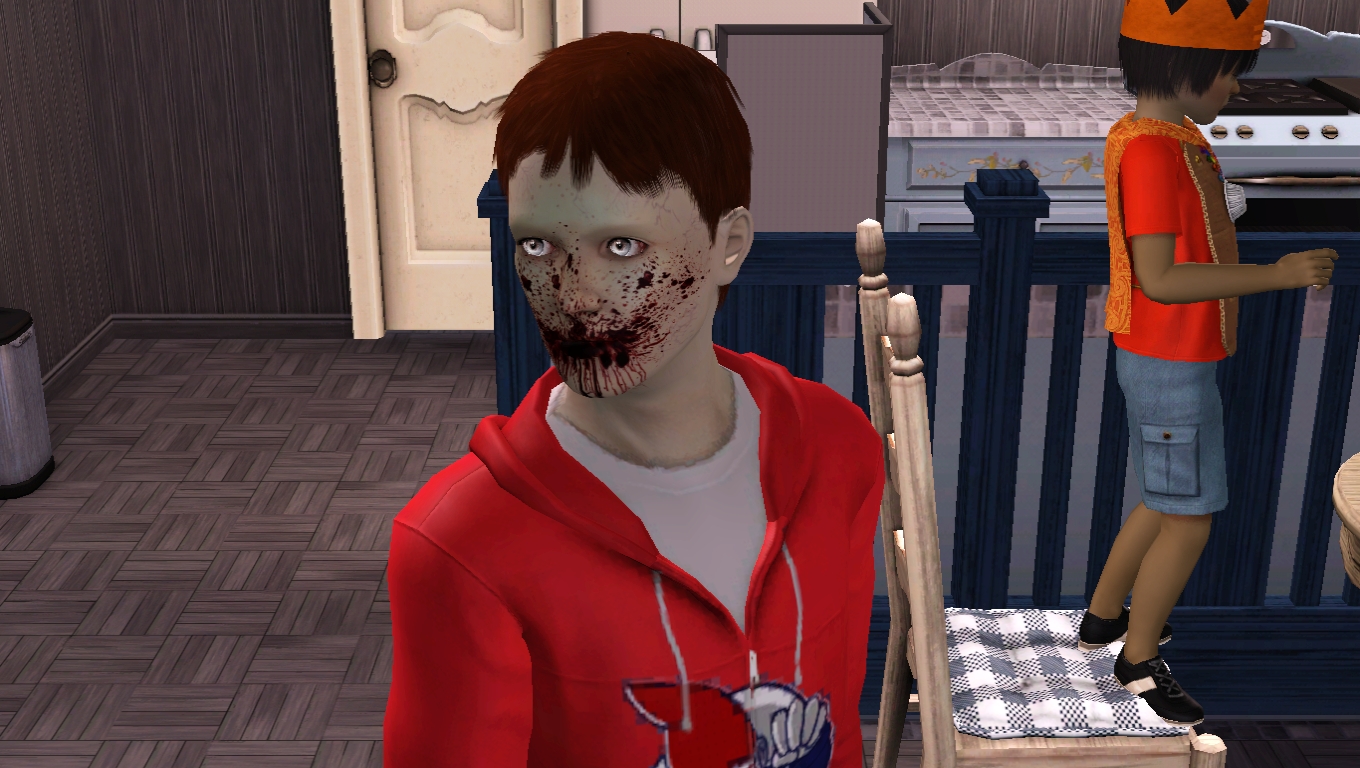 The Blood Effect (Blood) appears automatically after drinking a sim. Disappear when you take a shower, a bath or a teeth brushing. 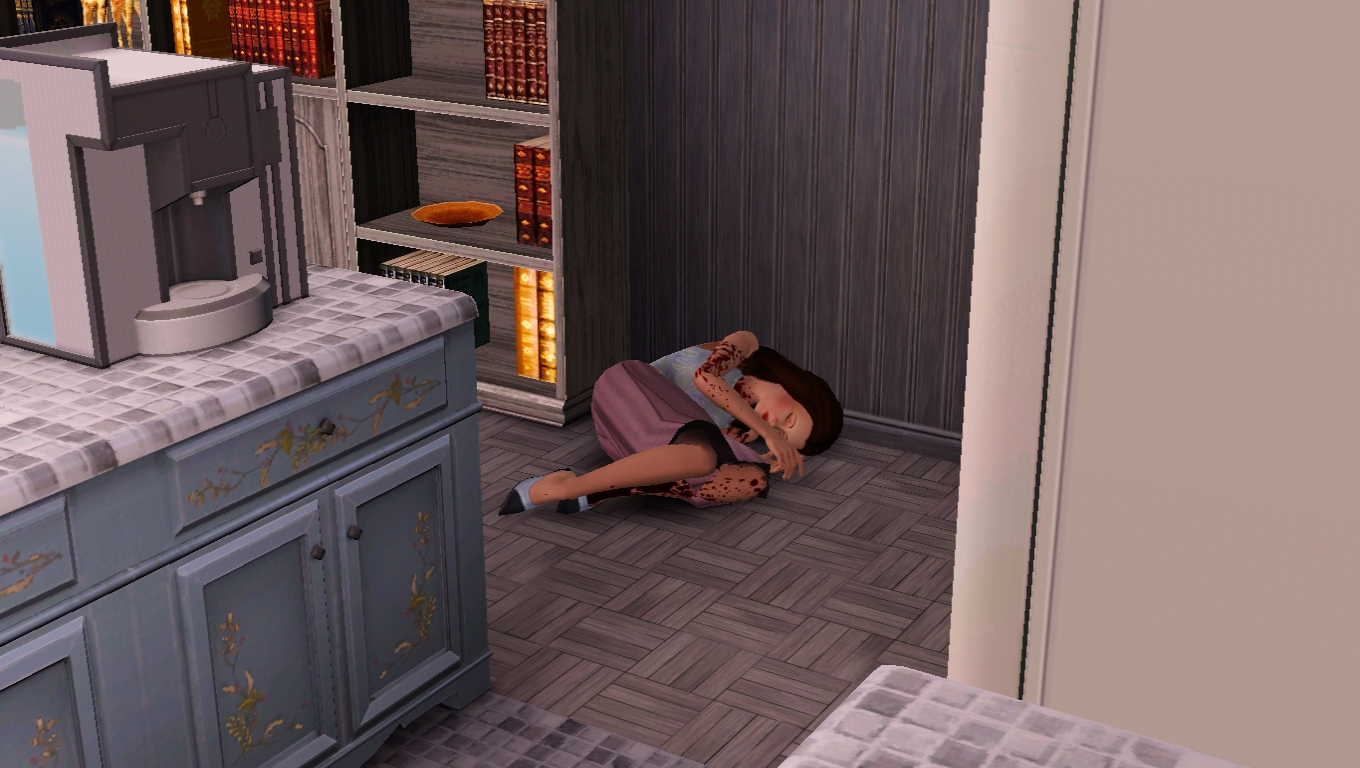 The bloody blood appears when you turn or kill a sim. 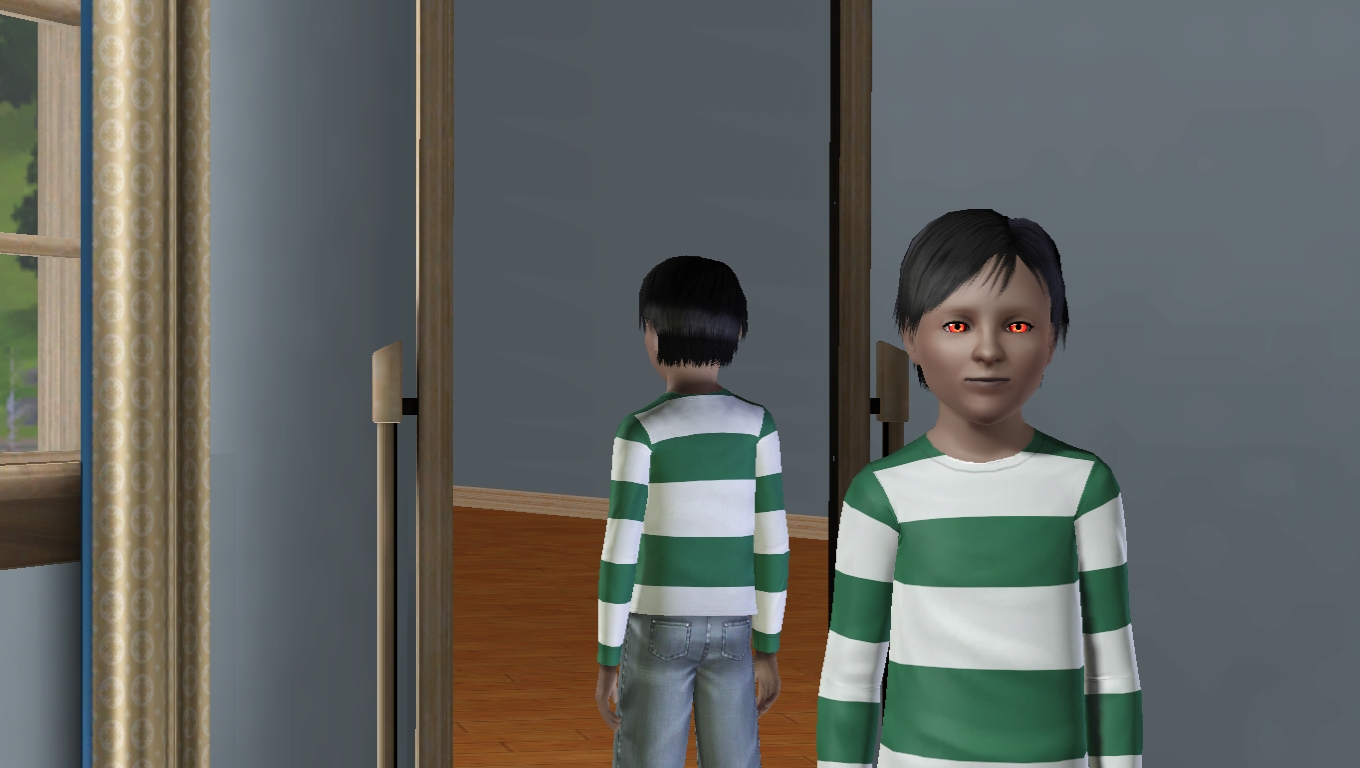 When you first run the V4 version, the mod will add red eyes to every child in the world. The eyes disappears when you become a young adult. Now I'm developing new interactions for childs to make them more amazing.

The script takes care of keeping the makeup in different layers, i.e., if your sim has a makeover, automatically will be placed over the blood, in where they string the blood effect, thus with all, in ways that you don't have to worry about bugs arising to the makeup.

The script also takes care of automatically generate an icon of the sim, so this icon shows the effects that have been applied. The icon of the sim is the image that appears in the Chooser sims (which is used to switch between the active family members) and the bottom menu (where the needs and everything else is seen).

This mod injects a lot of tunings. Please, read changelog in every version to get a history of total changes in the mod.

This mod modify and adds some moodlets (or also called buffs). For see the changes of existing one, go to changelog. Below are the list of moodlets added by the mod. More descriptions in ChangeLog

This mod is triggered when you kill a sim.

(Completing this list with more buffs, please be patient)

Known Bugs
This mod, like more of them, has some problems. The bugs of this mod doesn't affects the game experience. 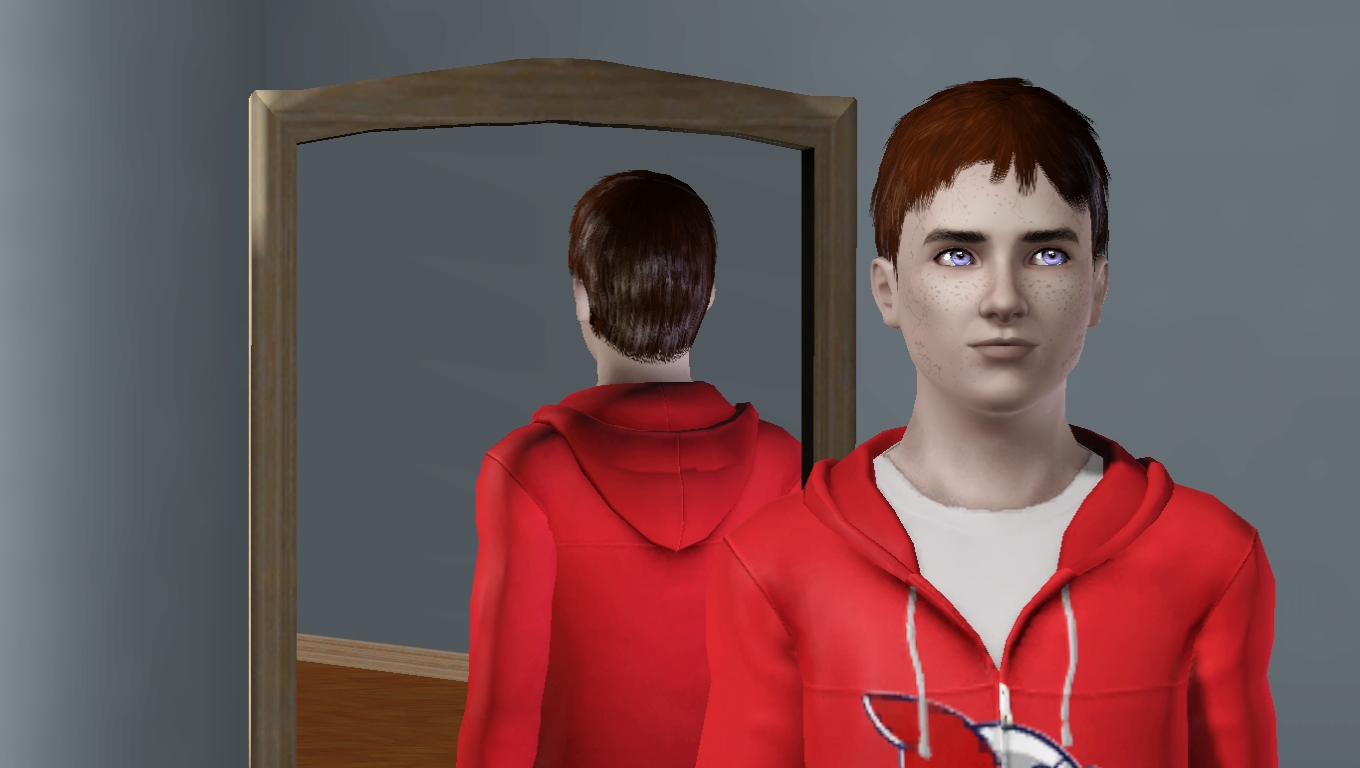 - Some interactions doesn't appears in all games.

Now, I'm trying to fix the both bugs.

CmarNYC - She helps me a lot with scripting
NonaMena - For how to load moodlets
Diriel - For his fantastic method to add makeup to sims. I stolen his code

.
Consort - For his code to toggle the interactions on off and the bladder
Armilus - For his constant attention, suggestions, great follower and support and for test some things in meshing. Thank you very much!
Deviantart - I found textures here
Google Images - Also for textures
Enirei - For her code to make me a template of interaction
LadyFrontBum - For her bite mark, that i have modifidd with blood.
Aikea Guinea - For some layers of the blood texture.
SleepyGenius - For his code for paying the blood in the hospital
Nihilluss - For his translations to Russian

Thank you very much also yo every people to help me in some things but I don't remember the names of them.

Thanks again for the people who request me features or new things to the mod in the comments.

Thank you very much to everybody. The mod maybe cannot exist with you. You are the best :lovestruc
Files Need help with downloading or installing content? Click here!

About Me and me creations

If you have any requests or something you'd like to tell me about my mods or any other creation of my creations (suggestion, criticism...) is welcome! I like anything that will help me to improve. Please send a PM to you want to tell me something about my creations.

Also, if you like one of my creations, please, thank this or favourite this.
Thank You!

If you want to see my mod news, update info and more things, see my journal.