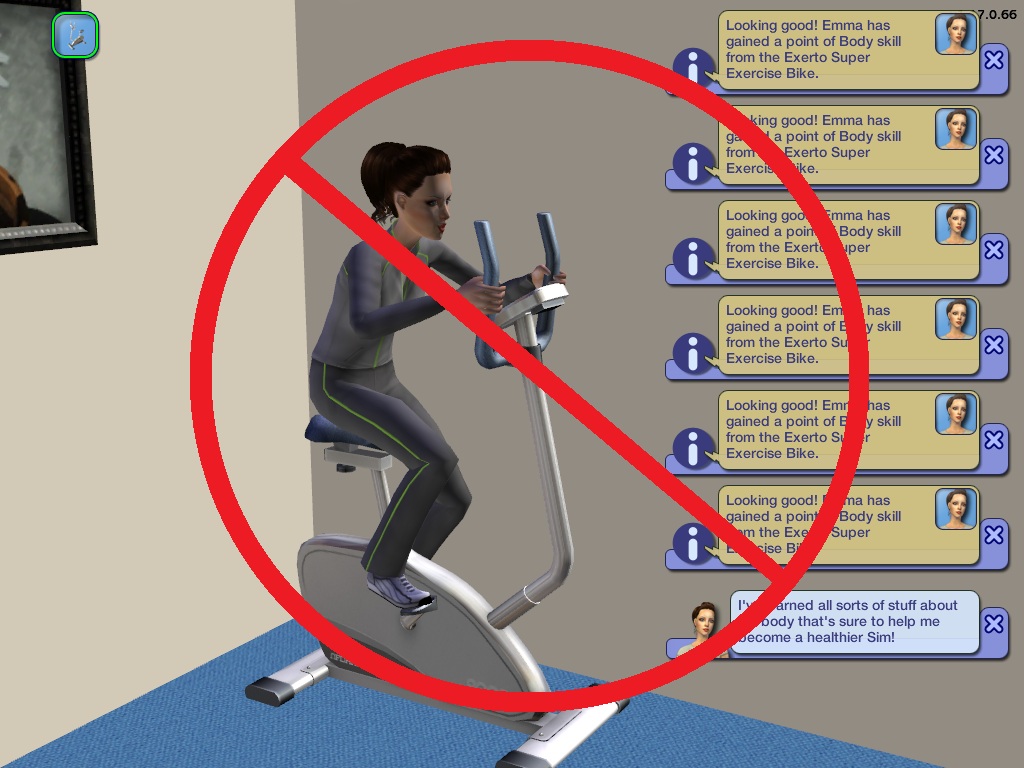 428 Thanks  Thanks     71 Favourited
When EA released AL, the skill physiology was broken and Sims who learned it gained body skill points instantly. They fixed this in the patch, but for some reason broke it again in M&G. Up until now, fixing that required using alfixes by Pescado. But that mod comes with a whole heap of other things, and conflicts with a lot of hacks. Charity tested alfixes, and found that most things were fixed in patches, making the mod obsolete. But, a few things remained unfixed, and physiology was one of them.

This mod is extremely simple. It is a global hack that simply takes the code fixed in AL, and makes it override the broken code in M&G. I've made no changes, I have merely extracted the fixed code so that the game will run that code. Pescado has more added to his fix, I have no idea why because this works just as well.

Requires AL and M&G. There's no point in using it if you don't have both AL and M&G.

Testing
Has been tested with every body skill gain method available in game, and all EPs/SPs. It works fine for me, but if you encounter a problem, let me know.

Conflicts
This will conflict with alfixes. You should not use both. See the thread by Charity for more information and other mods to replace alfixes. It will most likely conflict with any other mod that changes physiology.

Thanks to Charity for testing alfixes for us all, for inspiring me to make this, and for testing this mod.