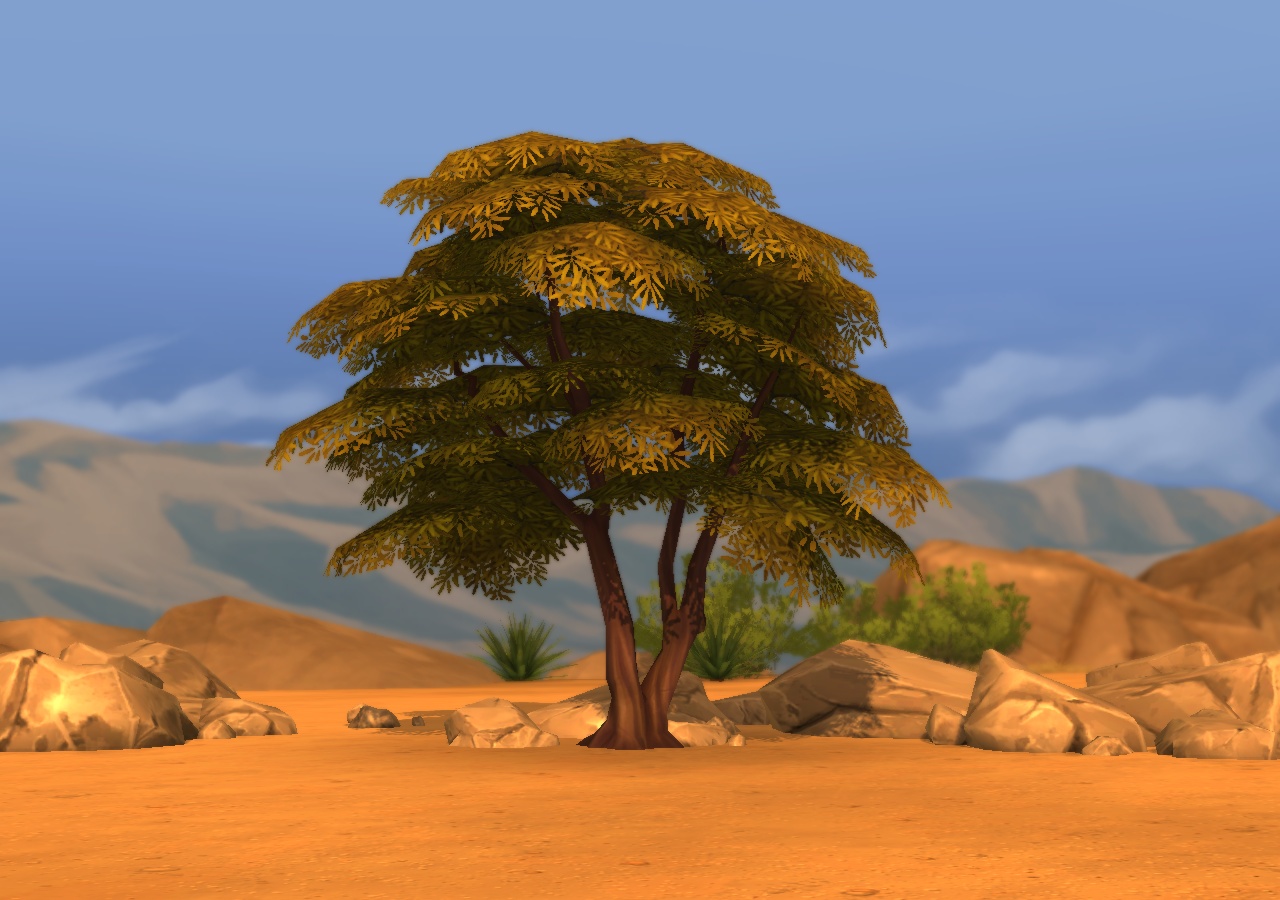 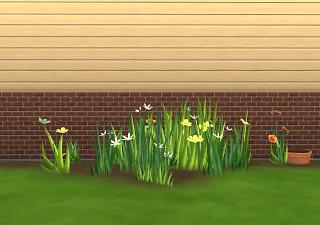 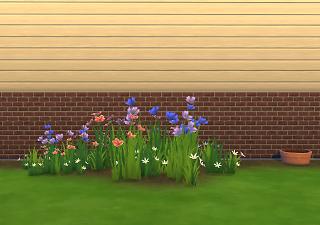 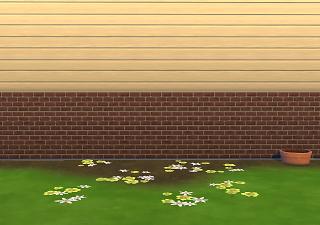 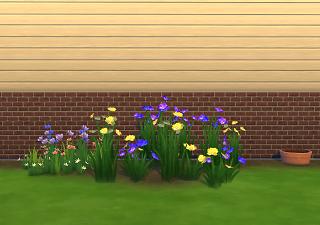 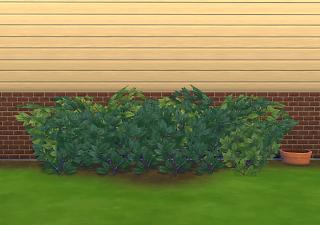 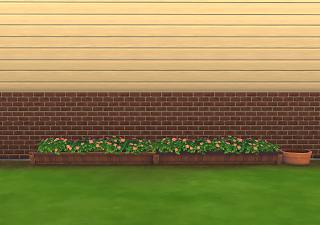 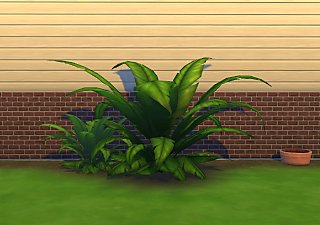 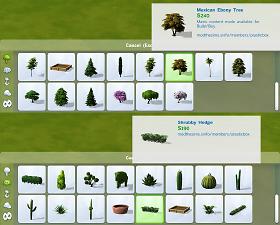 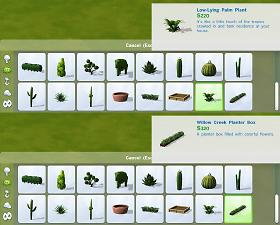 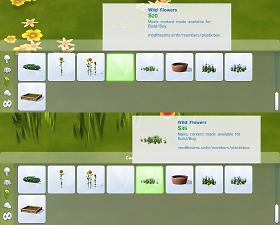 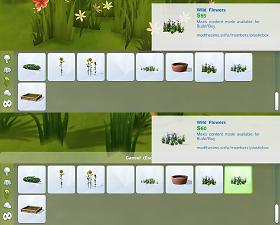 Update 2014-12-09: Edited the catalogue tagging some more so that the flowers now show up with the other flowers (not at the end of the section), everything has proper tags for being an outdoor plant, and sims will get their §§§ back when these are sold. I also included a texture override (separate package) for the Shrubby Hedge. 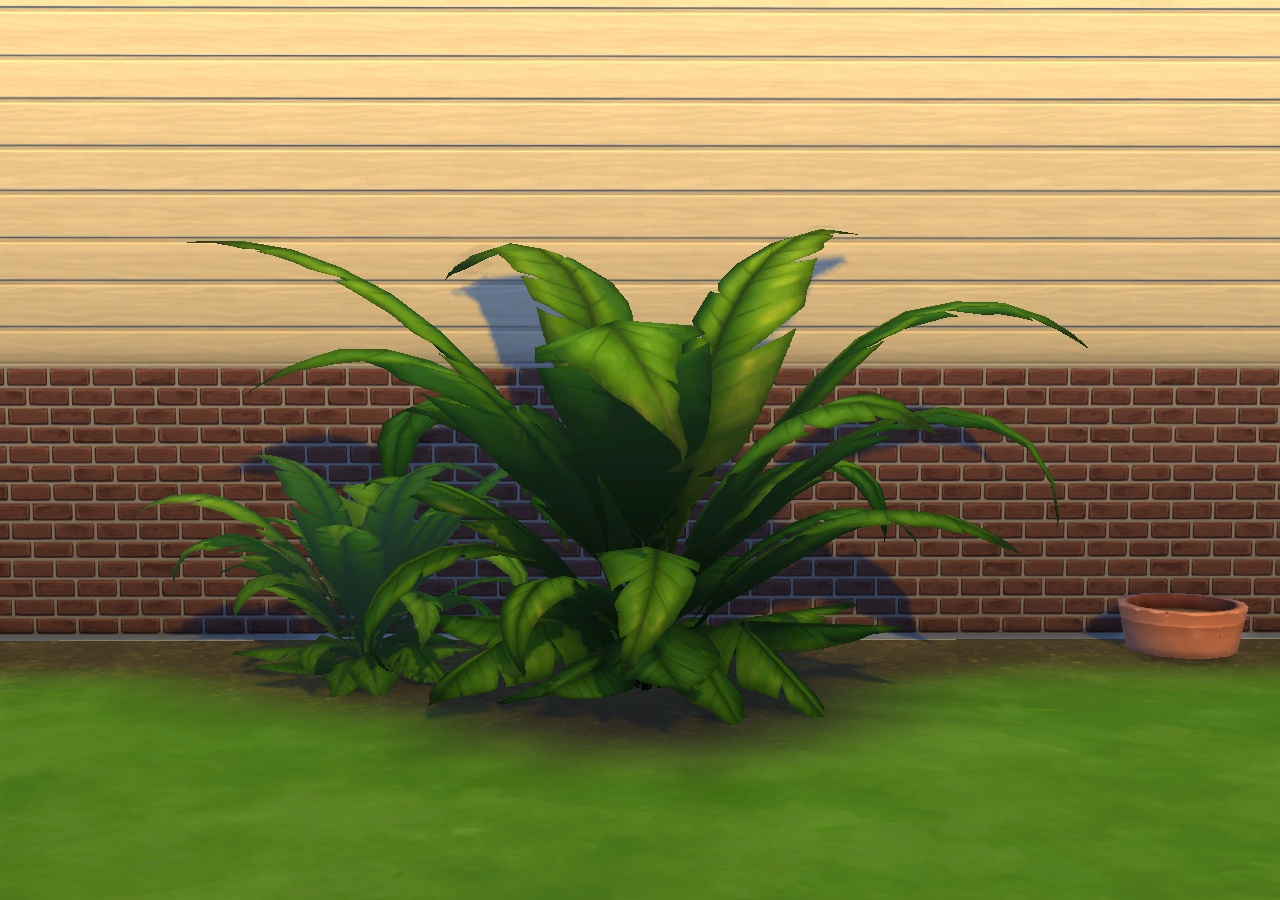 This is done by setting Unknown3 to 0x80, Unknown4 to values I forgot to make note of (look in the packages if you need them), the Build/Buy flag to 0x01, and adjusting the price as desired. Most of them also have a custom STBL since they had rather utilitarian names/descriptions ("plantGCW_groundFlower_01" and the like), if any – ignore the typo on the screenshots, I fixed that. The large "Low-Lying Palm" (inline picture above) also has a custom texture with a little more contrast; by default it looks exactly like the small one that's already in game, on the left of the screenshot. Note that this will override the low-contrasty large low-lying palms in the neighbourhood too.

Two of the flower pics show the regular wildflowers on the left-hand side for scale (these are not included here for obvious reasons). The rocks on the tree pic are available here.


S4PE, Hasher, Notepad++.
This is a Maxis Recolour which means that it is a recolour of an item that already exists in your game. Please check the Pack requirements to see which game pack it recolours.
Files Need help with downloading or installing content? Click here!