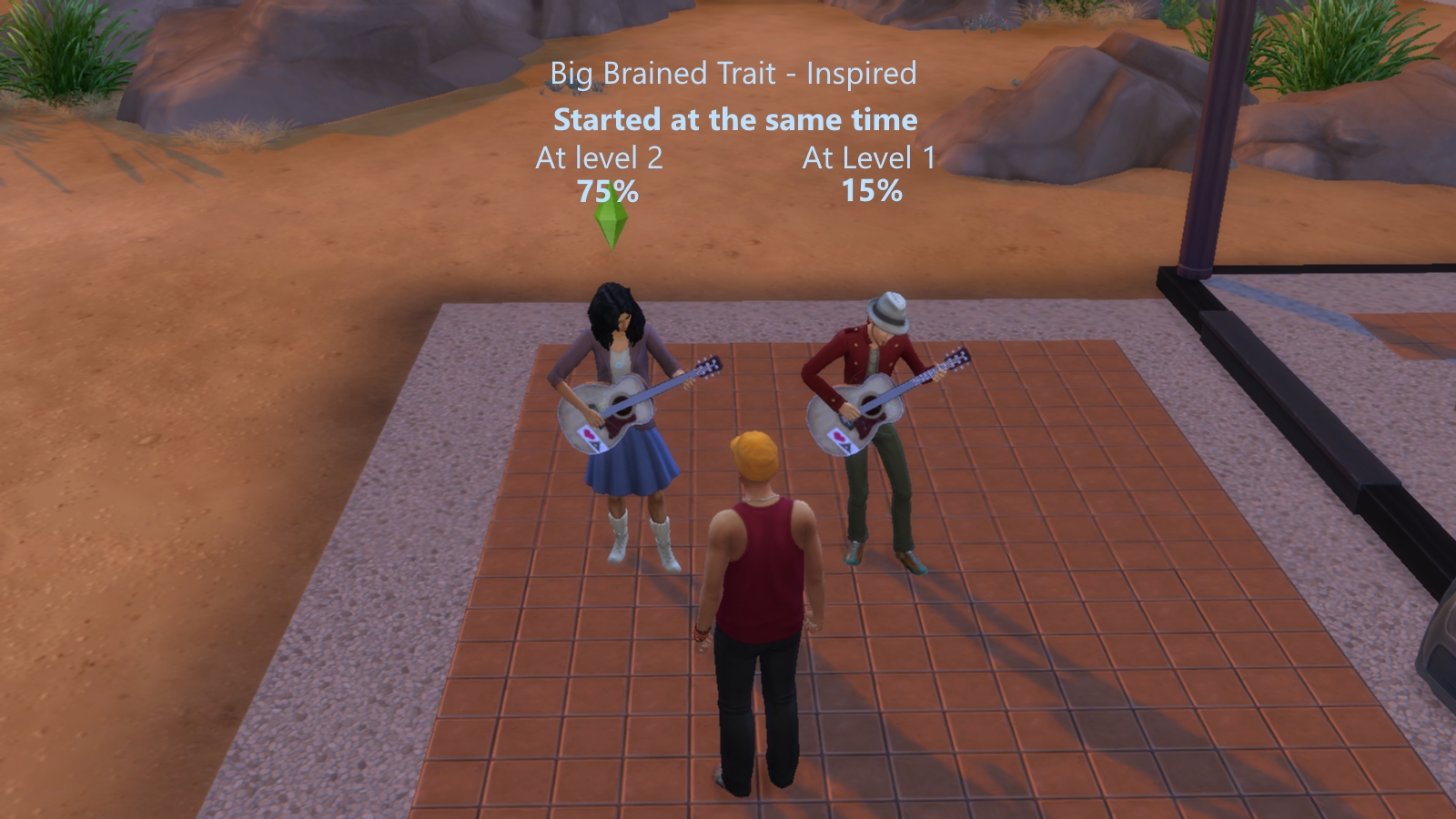 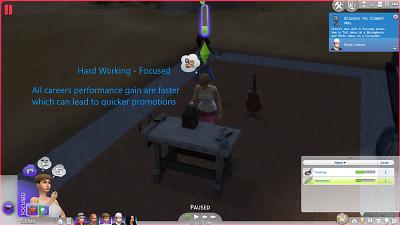 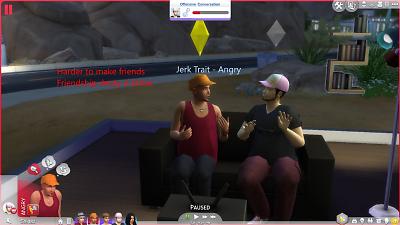 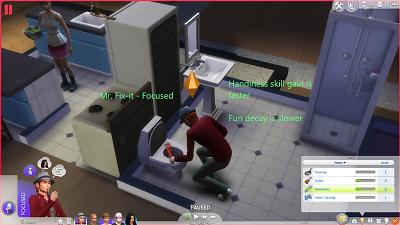 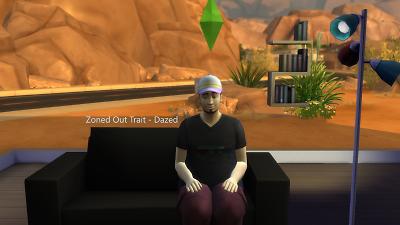 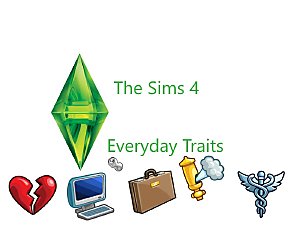 489 Thanks  Thanks     165 Favourited
The Everyday Traits Pack offers more traits to play with than the default ones you are given. Like the title, it consists of everyday traits:

News:
Version 1.1 has been released; Featuring new descriptions for the traits and other fixes. German version may be in the works.

Big Brained - Default mood is Inspired. You build all skills faster than most Sims.

Zoned Out - Default mood is Dazed. You tend to build skills slower than most Sims and fun decays quicker.

Hard Working - Default mood is Focused. Loyal to any job, and helps your performance meter build faster on any career.

Jerk - Default mood is Angry. Everyone around you is just stupid, you're the only one that really matters.
Cannot build friendship levels as fast as normal Sims. Social skills are harder to raise.

Mr. Fix-it - Default mood is Focused. You got a tack for handiness, so your handiness skill builds up faster than normal.
Due to being such a nice repairman, your friendship level rises quicker.

Compatible with Base Game and any further Game Packs or Expansions.

Support will run for 1.5 months (45 days) to clear out any problems and improve the traits. After May 25th, 2015 support will
be ended, therefor no improvements will be implemented.

Additional Credits:
Thanks to The Sims 4 Buff and Trait Factory for letting people create traits and buffs easily and free. Also my brain which helped me think of ideas.

Need more information?
Back to download view
20 Comments / Replies (Who?)