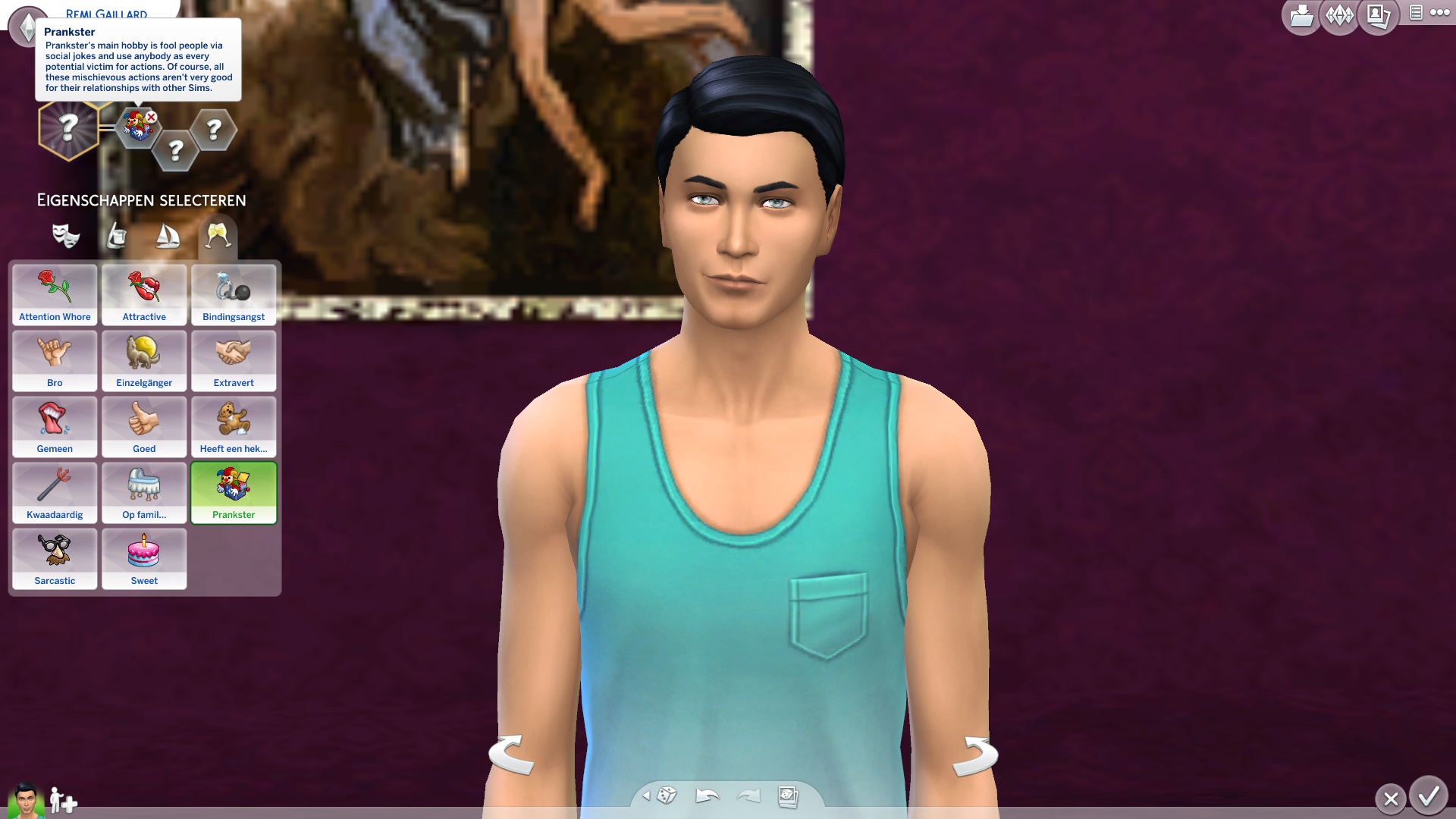 262 Thanks  Thanks     85 Favourited
Pranksters like to come up with social jokes all the time. The default emotion of the prankster is playful and they will never get embarrassed, because they simply don't know any limits and make fun out of every situation. Their willingness to joke around has some consequences for their skills. Their mischief skill rises much faster than with other traits, about 1.5 compared to their normal speed. Their comedy and charisma skills are speed up as well, but slightly less than mischief. Even programming will speed up slightly, because pranksters don't limit their actions to real life: hacking and making a computer virus is part of their repertoire, too.

Pranksters need fun more often, otherwise they maybe get bored. It decays at a much higher rate than for other people. But when they're having fun, it increases much faster than normally. Because they need social interactions very hard for their jokes, social decays and increases at the higher than average rate. Next to that, most people don't like to be fooled at a certain amount of times. So it's harder for pranksters to gain friendships and romance. These decay faster and increase slower than normal.

The whims are related to pranking and mischief, comedy (writing and watching for new jokes), hacking, charisma and meeting new people (new people = new potential victims). Autonomy, when turned on, are related to some relevant existing traits and emotions.

Additional Credits:
- The Sims 4 Buff and Trait Factory of Zerbu to create the trait
- bella3lek4 for additional help
- Kuree's S4PE to export it to the game and make it playable
- IrfanView for resizing the screenshot
- Mayasims for her CAS Background: http://modthesims.info/download.php?t=554256
- The anonymous creators of the Sims from the gallery I randomly spawned in my CAS for the screen and some ingame testing
- Credits to people who see the pranking hint in the screen