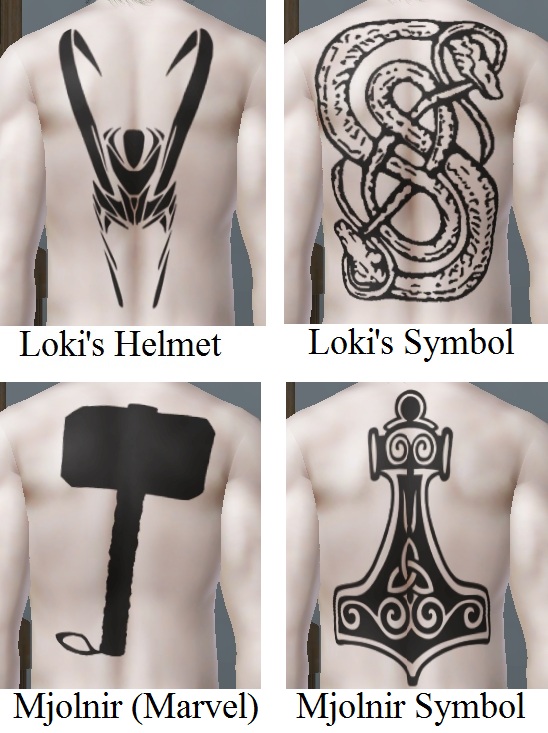 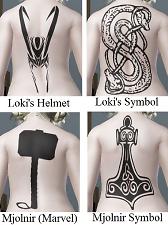 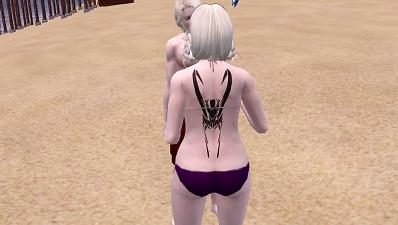 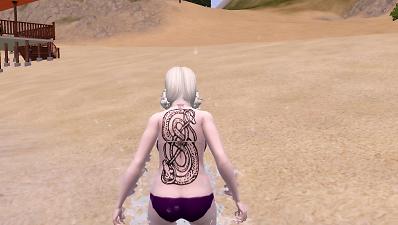 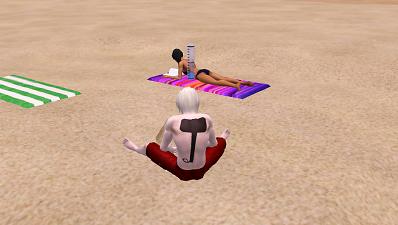 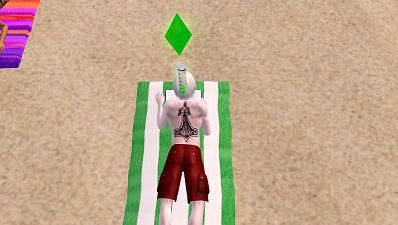 Because of reasons, I wanted a tattoo of MCU Loki's helmet. I couldn't find one anywhere, so I made it myself using CmarNYC's Tattooinator; then one thing led to another, and thus the others were born. I figured someone else may like them, so I decided to share. I'm generous like that.

They are four tattoos: two related to Marvel's version of Loki and Thor: 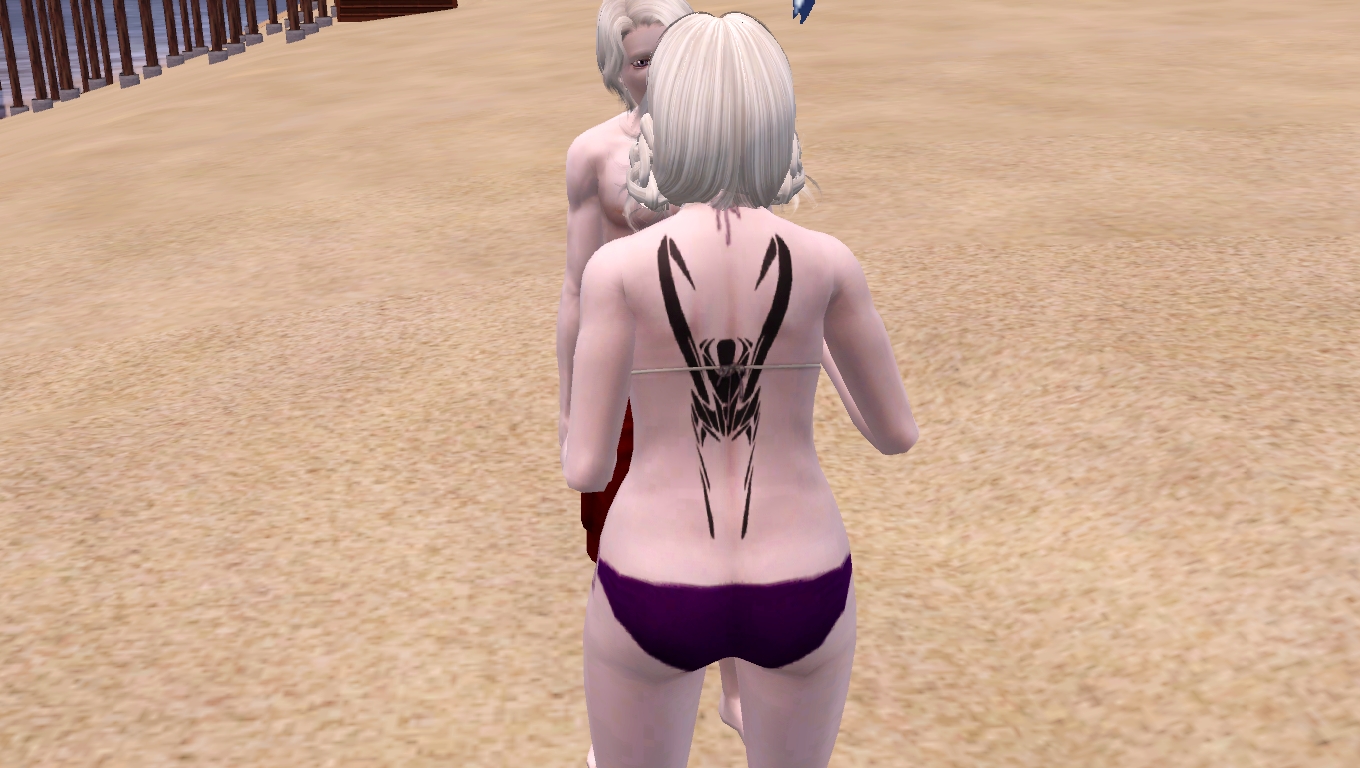 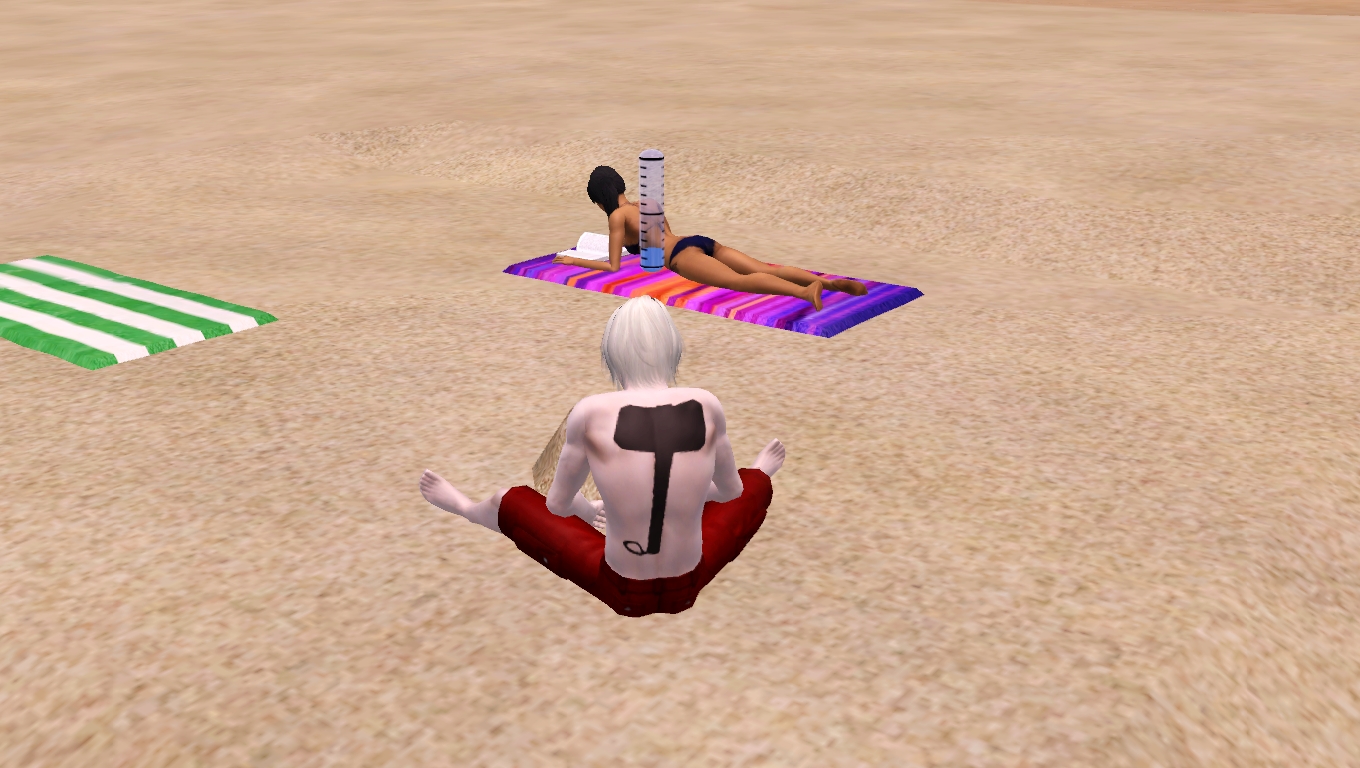 and the other two are the actual symbols (mythology-wise) for my two favourite dudes: 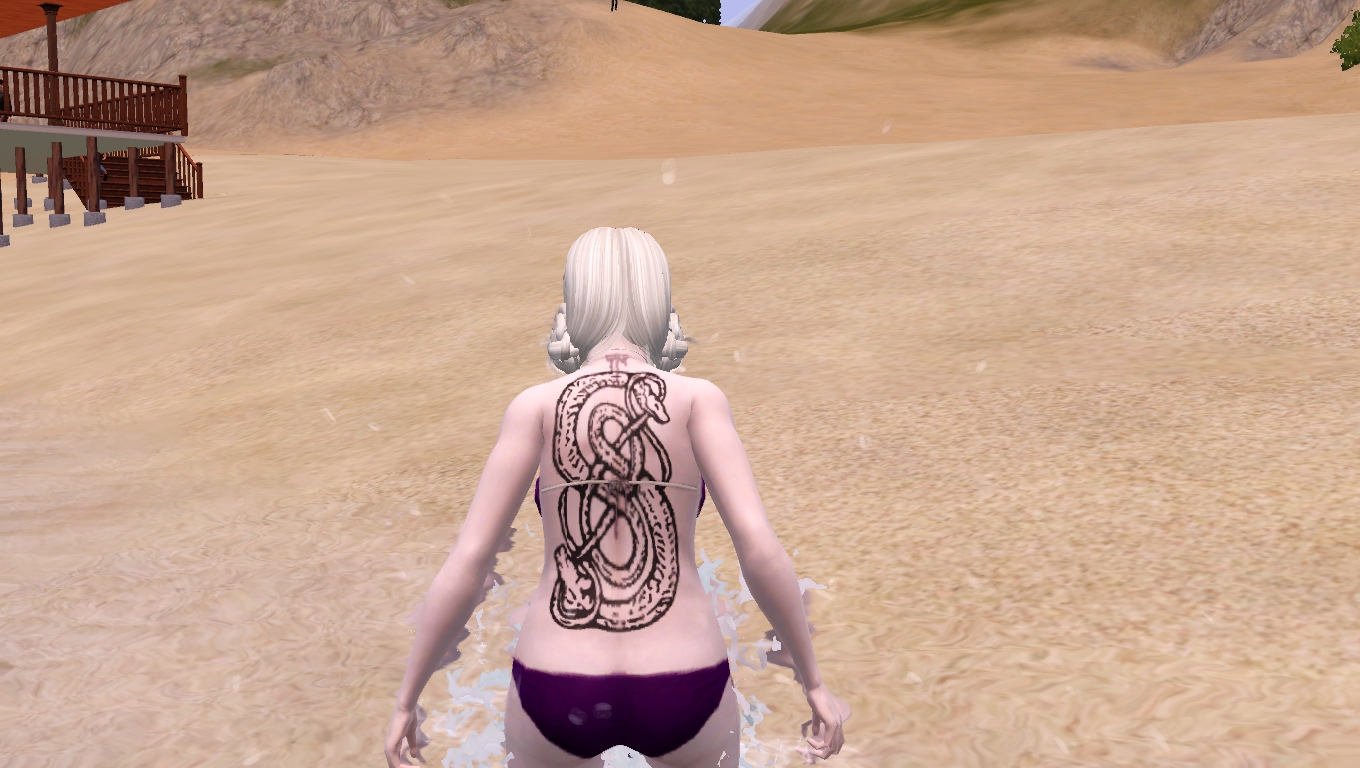 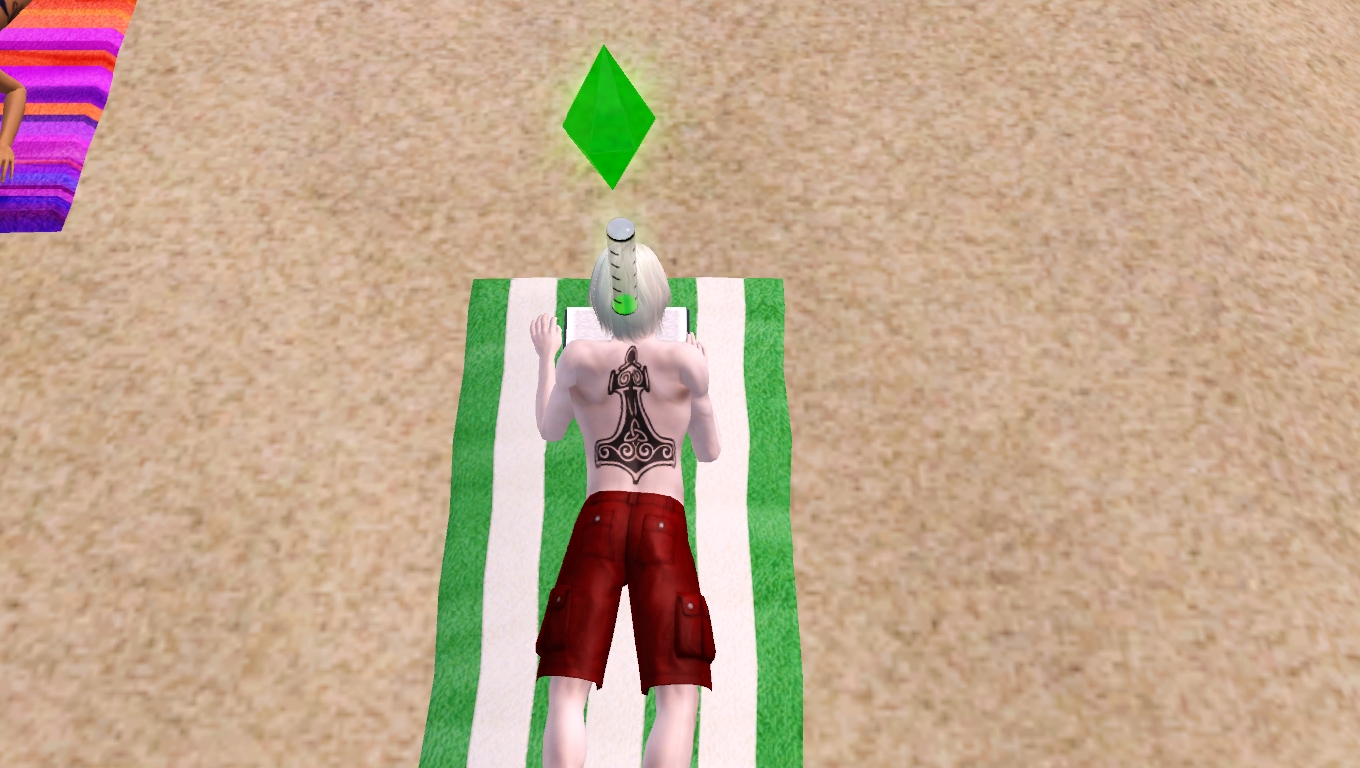 All are usable by both genders and are for teens to elders. All are one channel, recolourable, and all but Loki's helmet come with black, red, and sliver presets; the helmet comes with black, gold, and red presets. They should in theory only need the Ambitions patch to work, but as I have the expansion installed, I don't know for sure.

Additional Credits:
Thanks to CmarNYC for both creating the Tattoinator tool and the easy-to-follow tutorial, whoever created GIMP, the friend who directed me to GIMP in the first place, and the moment of absolute boredom that birthed the need for these new inks.
Other Information