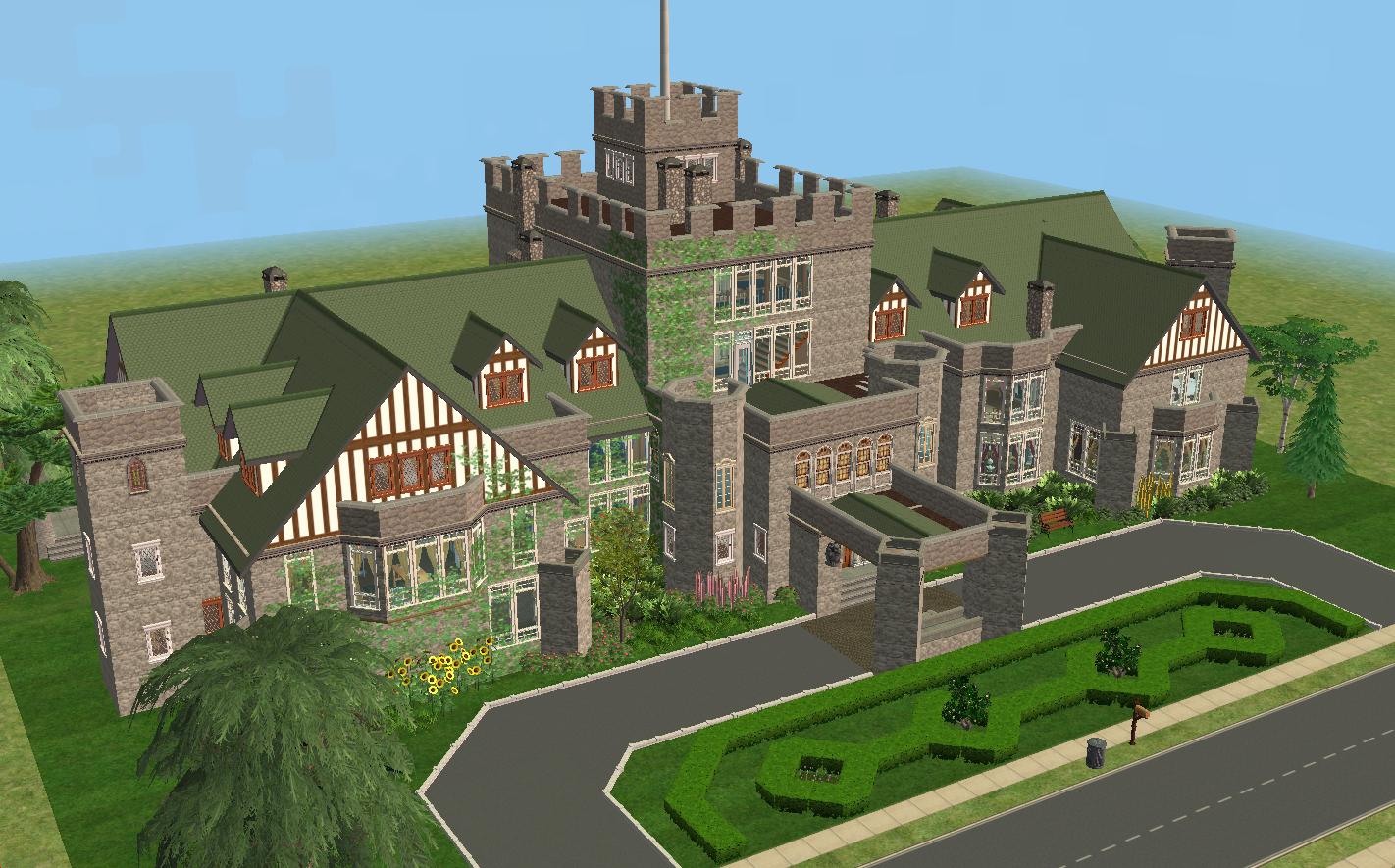 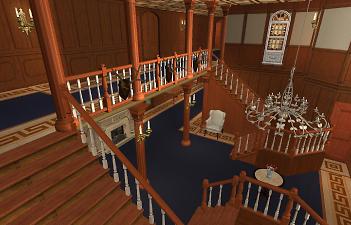 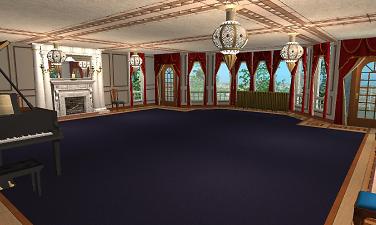 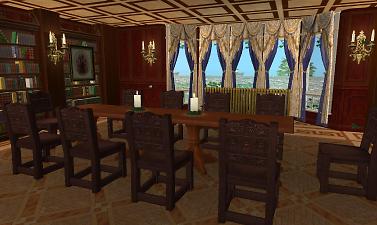 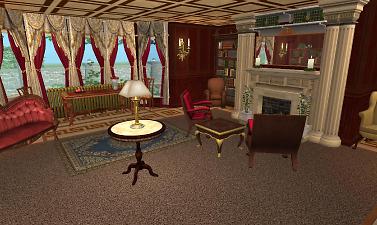 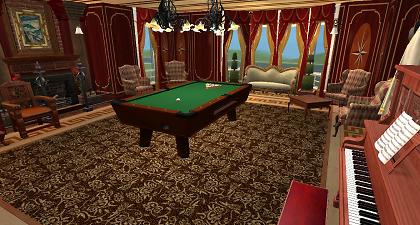 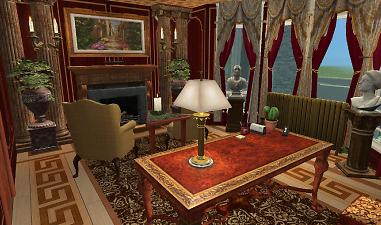 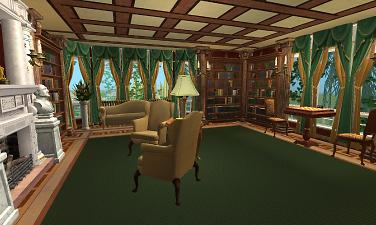 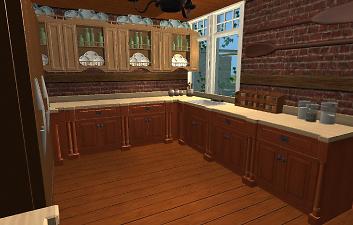 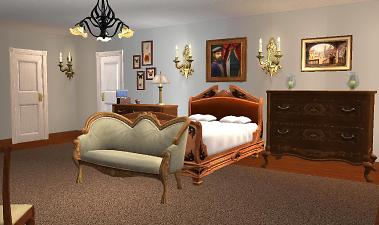 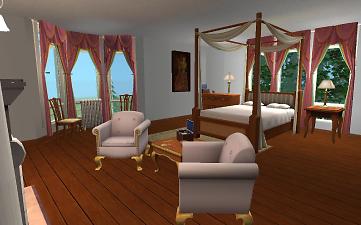 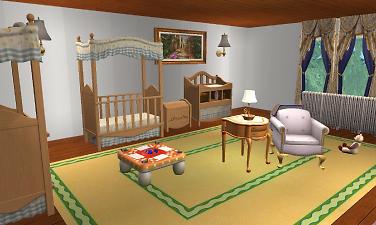 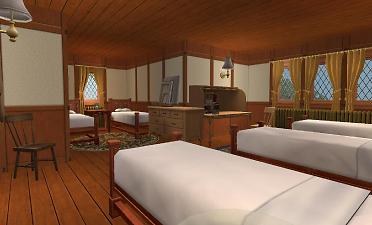 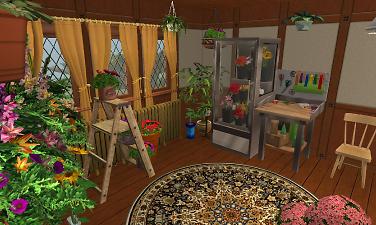 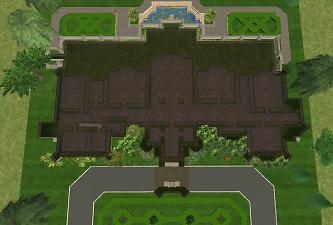 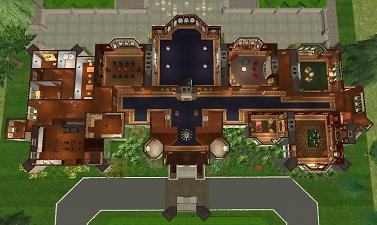 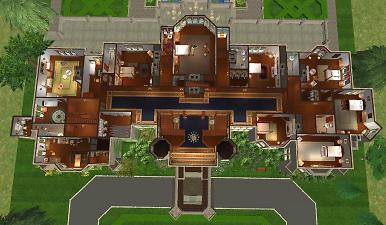 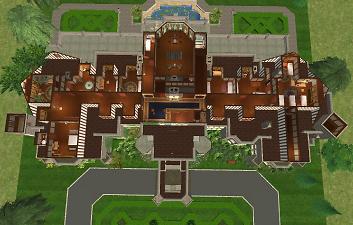 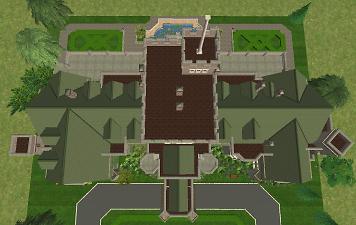 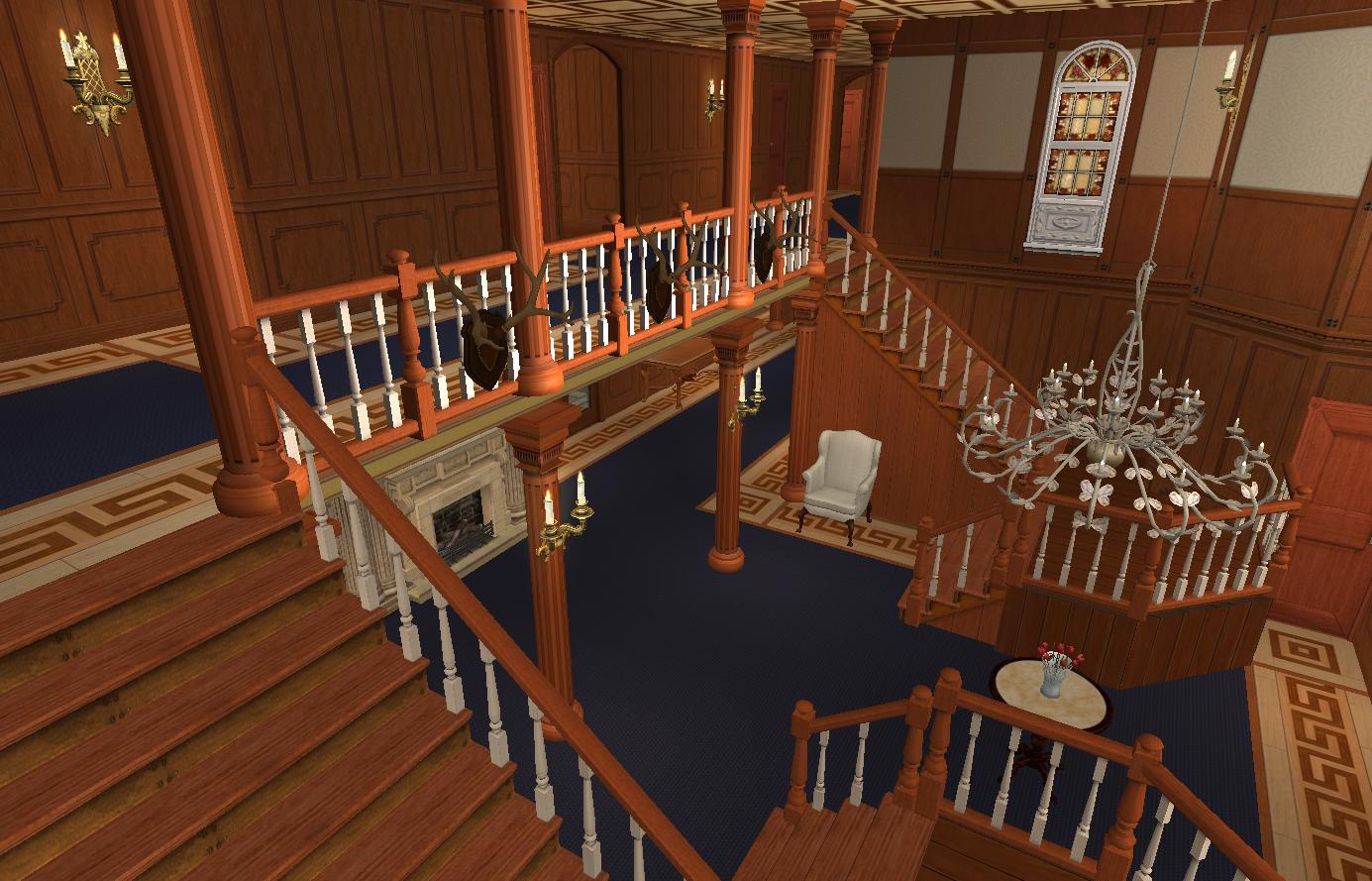 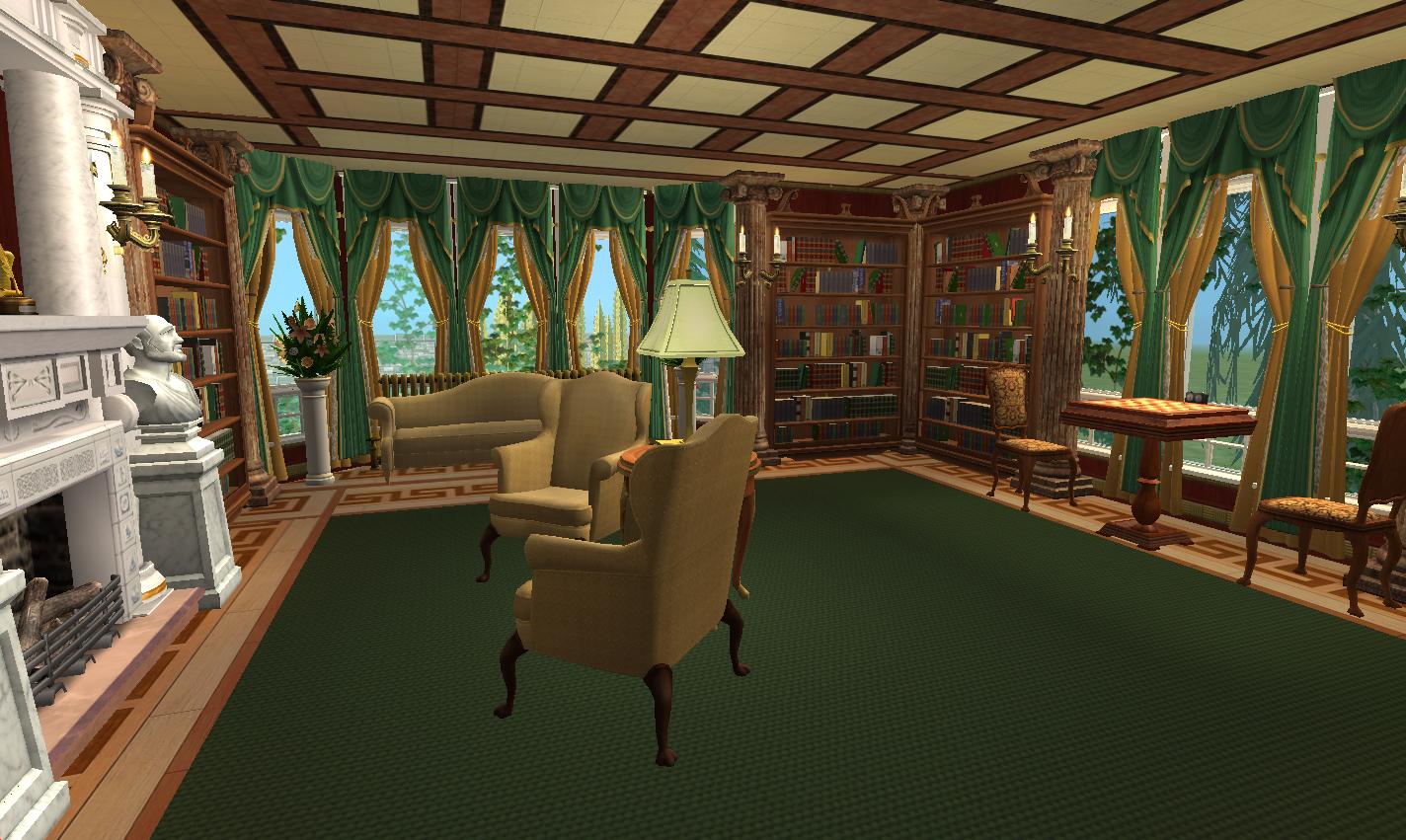 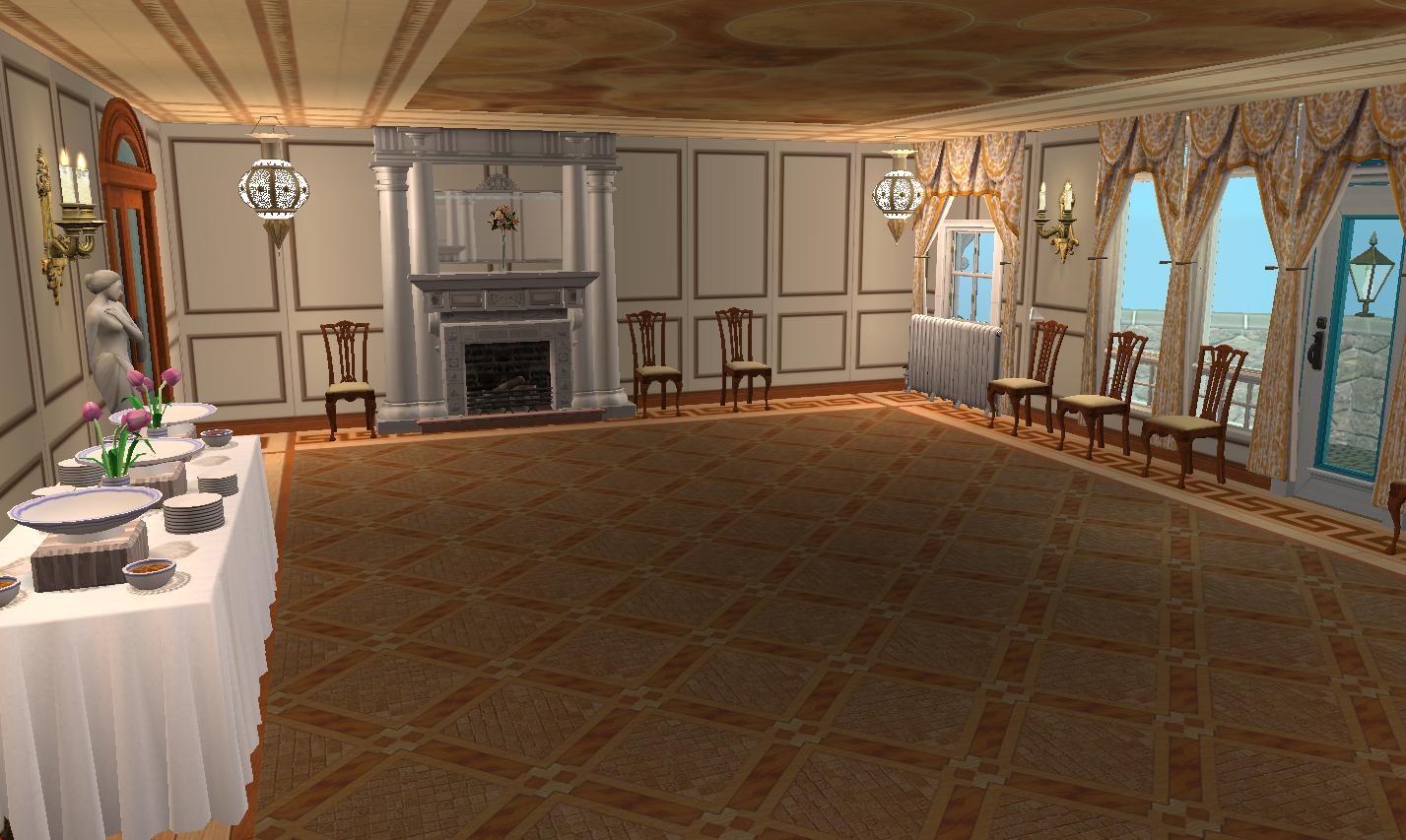 (I used this article as one of the many many resources I had for this project... it only occurred to me the other day that it meant I had a great description already written for me!)

Once again, I present you with an enormous, sprawling, elaborately-decorated mansion that's sure to tax your game to the limit! I'll state right up front, this is a huge file- if you have a slow computer, expect to see quite a bit of lag, even with settings adjusted to speed up play. Still, I'd like to think it's worth it, as this is a beautiful estate.

Wherever possible, I made the building as close a match as my CC-free philosophy allowed. The floorplans of the cellar and first three levels are reproduced from scans of the actual building's blueprints, and virtually all the main rooms on the first floor, as well as several on the second, are drawn from reference photos taken either while the Dunsmuir family still occupied the castle, or in modern times. Somewhat disappointingly (although unsurprisingly), there aren't many photos from either era of the servants' spaces in the castle, so those are largely inspired by other similar estates, as well as my own imagination. I also was forced to invent new ways to make certain elements of the building work, either because their construction in reality wouldn't have worked when translated over to TS2 (as in the case of the staircase hidden behind the central fireplace- hidden in one of the front turrets in reality), or because I was entirely unable to find reference materials to base them off of (as in the case of the top floor ballroom and hallway).

As with all my lots, no CC was included in this lot, so provided you have all the EPs and SPs, you will need to find nothing else to include this lot in your game.

I playtested this lot myself, as did several other members in the CFF. The only major problem I wasn't able to address satisfactorily was the fact that, when downloaded, the ivy covering much of the building causes can cause windows to display incorrectly (set into the wall, instead of providing a view through it). This can be fixed by removing everything from the offending window, selecting the window, then replacing objects, however this is unquestionably a very time-consuming process on a lot this size. If you find yourself running into trouble with this, I've also included a copy of the lot where the ivy has been removed- you can either choose the lot with ivy, and spend the time needed to fix it, or choose the ivy-free lot and either place it yourself, or play the lot without its covering of greenery (this may also be a slightly faster-playing version of the lot, for those of you concerned about your computer's performance, but who still want to play this lot).

While the building itself was constructed before television was even invented, let alone widespread, Hatley Castle has since been used for location filming in many films and TV programs, including X-Men, Smallville, MacGuyver, and Arrow, among others.

As always, I'll end by encouraging you to let me know about any problems you find in playing this lot, so that I can (hopefully) find a way to address them.

Additional Credits:
This house was designed for British Columbia's Lieutenant Governor James Dunsmuir and his family by architect Samuel Maclure, so credit for the building is due to him.
Most of the description is taken directly from The Victoria Colonist, published Sunday, May 8th, 1910. No author was listed, but credit where credit is due...
Thanks also to Jenny Seeman from Royal Roads University (the current owner of Hatley Castle) for being so willing to answer my many questions about the estate, and for directing me to so many of the resources that allowed me to make this lot as true-to-life as (I hope) it ended up being.
Other Information