GET SOME FUN, GET DIRTY - part 1 - Maxis Pottery Wheel Default 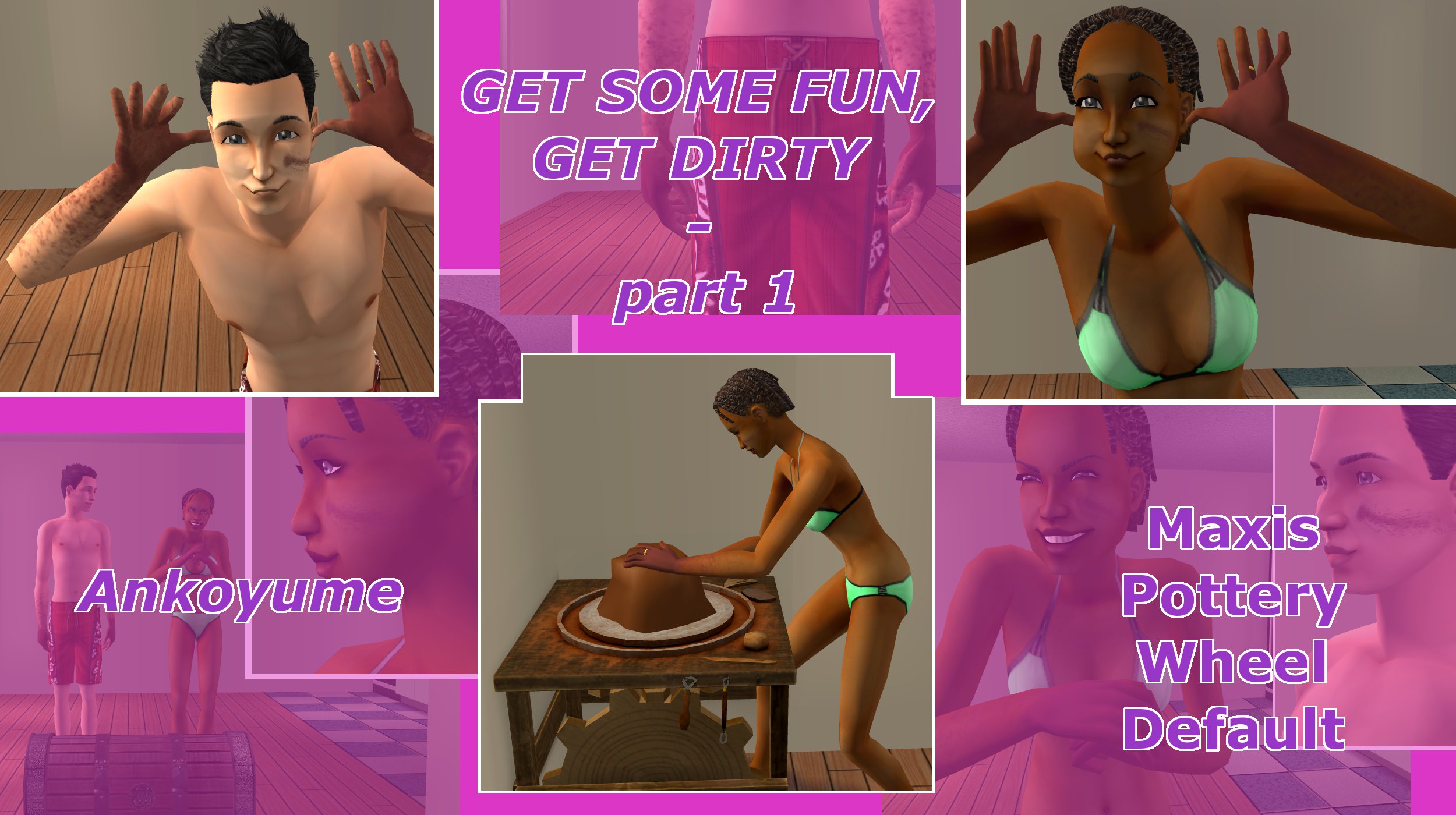 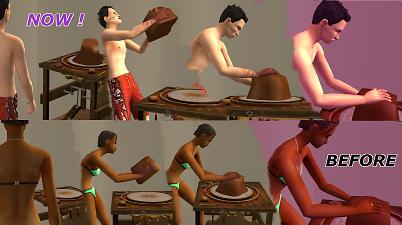 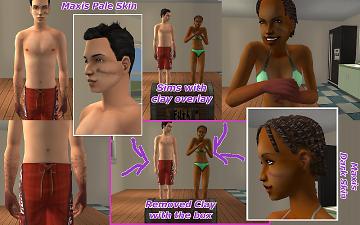 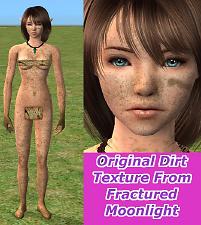 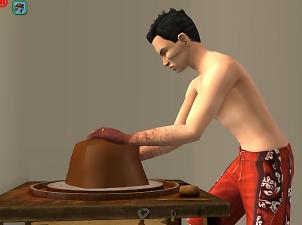 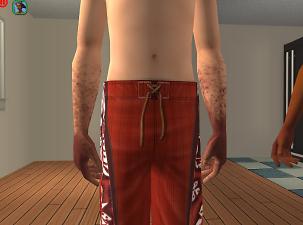 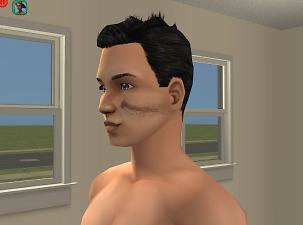 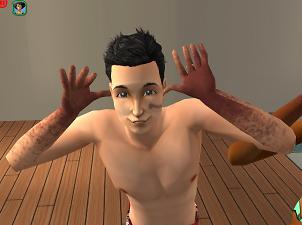 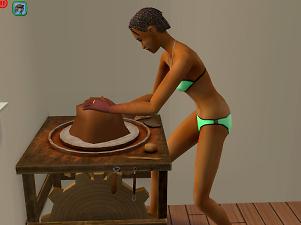 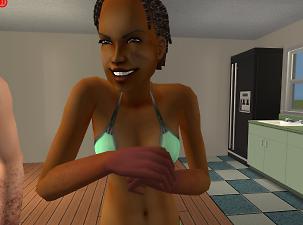 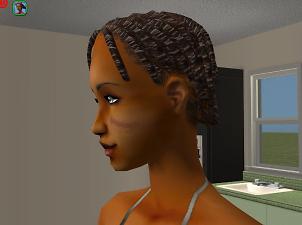 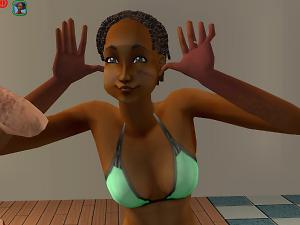 45 Thanks  Thanks     16 Favourited
GET SOME FUN, GET DIRTY - part 1
Maxis Pottery Wheel Default

Have you ever dreamed that your sim could get a little dirty while actually making something dirty ?

With this, your sim will get some clay on the hands when doing pottery. 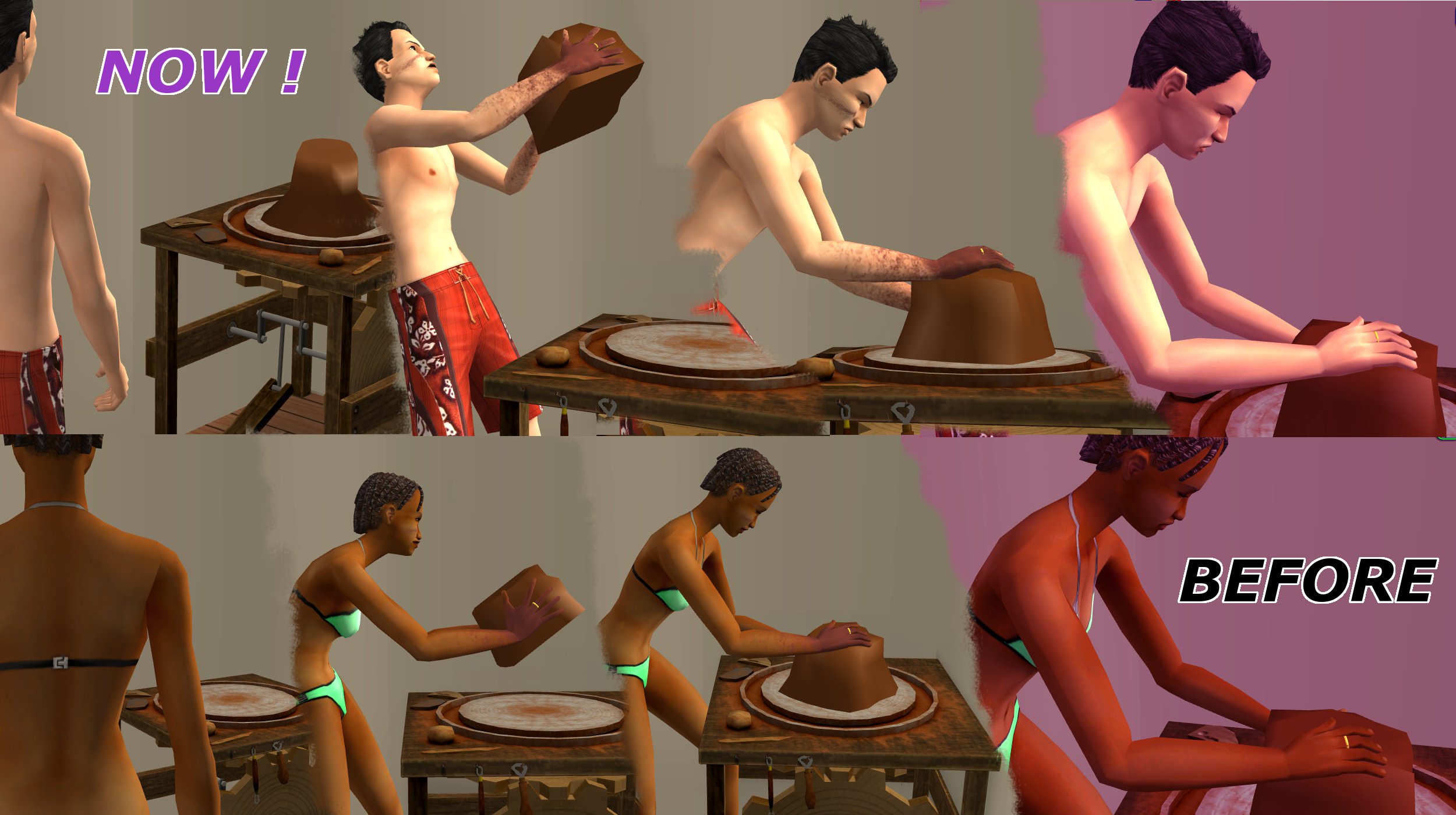 A LITTLE HISTORY
This was my little contribution to a medieval contest a long time ago on PBK : some Mods (because it was all I could do then, and now too

).. So, I have tested them a lot without any game crashing, and it works for some other people. But the sink mod is still in testing. I'll post a better version of the sink and tub/shower mods later when it will be ready.

It's a pottery wheel default replacement mod (not the whole object) and a "Clay" texture overlay.

→ Using only the mod is ok, but I think it's more realist with the new texture.


Description of the default replacement : zzz_Ankoyume_DR_Dirtying-PottyWheel
It modifies the way the Free Time object works : actually, it adds an overlay on the skin (like for tattoos, witches or sunburnt), so that the sim get visibly dirty from using the Maxis pottery wheels.

It needs the Fractured Moonlight's body overlay box, "A Hard Day's Filth" to get (and get rid of) the dirt.
I'm not so good at texturing, it's the reason why I've borrowed thoses textures (with authorization).

Don't forget this is a Default Replacement, so it will conflict with any DR of the same object !!!

There's 5 BHAV defaults (4 locals defaults and 1 new by me) in the package.

my BHAV Name :
Put Dirt Filth Overlay (instance number : 0x00001030)
You won't be able to remove the dirt by taking a shower because it is an overlay : you need the Fractured Moonlight's body overlay box, "A Hard Day's Filth" to remove the clay overlay.

Those are not bugs, just some imperfections :

I used an object from FREE TIME, so it's needed ; I have All Expansion Packs, anyway, but I think they're not needed.
You need Fractured Moonlight's body overlay box, "A Hard Day's Filth", otherwise, it won't work : the box file and the dirt texture file only (but the other textures are worth it).

Description of the Bonus Texture : FracturedMoonlight-OverlayTexture-AHardDay'sFilth-Dirt_ClayByAnkov2
I've made a bonus : a reduced (hands only) and recolored dirt overlay texture package for it to be more like clay.
You can download it to replace Fractured Moonlight's dirt texture package.
This is not mandatory for the default to work, but I've taken all the pictures with it. Moreover, it's more realistic than getting your foot and body dirty while fully clothed ! 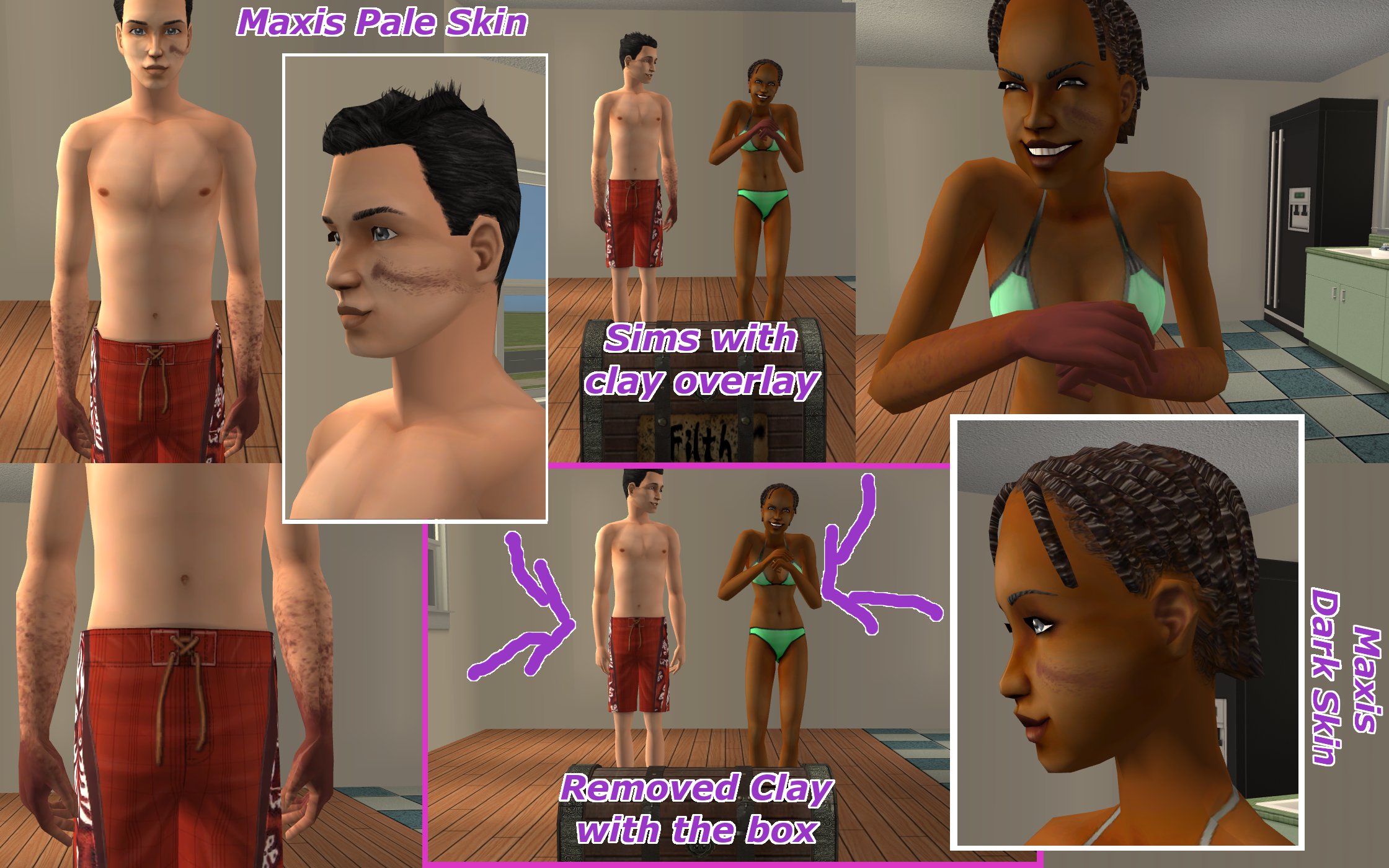 Installation GUIDE
ONLY FOR THE TEXTURE BONUS

Additional Credits:
I used SimPE and GIMP to make this, of course.

Big thanks to Fractured Moonlight for the wonderful work, I'm so inapt to do the same. I've asked for permission and I've got a "yes" !

Thanks to Plumb Bob Keep site, for hosting the original work.


Look for "Installation Guide" in the description of the post